Indonesia's hardline stance on Andrew Chan and Myuran Sukumaran is part of its larger "war on drugs" strategy. Freelance journalist Mat Drogemuller takes a look at the origin of that approach -- and if any battles have so far been won. 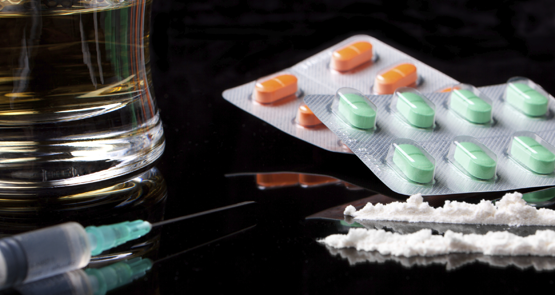 Four months ago, Joko Widodo, late to the party, declared war on drugs in Indonesia. As part of that policy, he has denied clemency to the so-called Bali Two, Australians and convicted drug traffickers Andrew Chan and Myuran Sukumaran. Jokowi has vowed to do the same for anyone sentenced to death for drug crimes.

But the Indonesian President is only voicing a hardline view on drugs that has existed in his country, and most of the world, for decades.

In the 1960s, the hippie era gave a new face to the recreational marijuana user. He or she was radical, left-wing, and totally anti-government, man. The war on drugs as we know it was officially declared by Richard Nixon in the 1970s. The understanding by that time was that drug-peddling gangs were unified, unAmerican groups that could be systematically destroyed by tougher and tougher policing.

Since then, the world has rallied to the challenge of policing illicit drugs out of existence. We’ve signed treaties, which have been adhered to more than any other multilateral agreements. We’ve co-operated to bring down gang leaders, police borders, and seize record amounts of drugs.

So what has it all been for?

How much do we spend fighting drugs in Australia?

The United States spends about $500 per second fighting the war on drugs. One commonly cited statistic is that the US spent over $1 trillion on cracking down on drugs in the last four decades.

The Australian government spends about $1.1 billion enforcing illicit drug laws every year. Most of this is spent at a state level, funding the police force and supplying prison services to low-level drug users. Another chunk of that money is spent by federal police.

According the Australian Bureau of Statistics, in 2010 $1.05 billion worth of crystal meth was sold on the black market. The profit margin? An estimated $1.03 billion. And that’s just one drug. The Sydney Morning Herald estimates that if we were to regulate drug sales through a legal market, we could save almost $5 billion a year by cutting down the funding to police and prisons and by raking in the taxes.

Since the 1980s, Australia has spent about a third of its $1.7 billion-a-year drug budget on preventive measures such as drug treatment, and needle exchange programs.

Has the war on drugs achieved any of its goals?

According to the Australian Crime Commission in its 2012-2013 report on illicit drug data, drug seizures and arrests are at an all-time high. Maybe we’re getting better at stopping drugs from circulating. Or, less optimistically, maybe there are more drugs on the street to seize.

In 2007, the European Commission produced a report detailing drug use patterns over the preceding 10 years. The results? No change. The drug problem got better in some countries but a lot worse in others. In 2008, the Global Commission on Narcotic Drugs admitted that cannabis, opiate and cocaine use had increased considerably over the previous decade. “The global war on drugs has failed,” said the report. Though perhaps the problem would be worse were it not for hardline policies.

In Australia, if drug prices are any indication, our problem is not going away anytime soon. Despite our tough-on-crime approach and the best efforts by our police and special task forces, street drugs are just as readily available in this country as they have ever been.

David McDonald, the director of Social Research & Evaluation Pty Ltd, critiques illicit drug policy. “The most concerning aspect,” he said, “is that most of the illegal drugs continue to be not only readily available but very cheap. In fact the prices of drugs have fallen over the years, which demonstrates the absolute failure of a law enforcement approach.”

But what about all the drug busts? Huge quantities of marijuana found? Arrests made? Surely by making drugs more difficult to obtain, their prices should increase? “That hasn’t happened. Drugs remain cheap, high quality and readily available.”

What measures are available other than law enforcement?

In Australia, about one person every day dies from an illicit drug overdose. Increasingly, policymakers (Tony Abbott excepted) are realising that resources could be better allocated to addressing the harm that drugs cause.

In 2010, when President Barack Obama, newly elected, deliberately eased the international pressure on drug prohibition, he declared that drug use should be thought of as a healthcare problem.

“The research evidence is absolutely clear,” said McDonald. “You get far better outcomes and far greater cost effectiveness from treatment and harm reduction than you do from law enforcement.”

Would scaling back the war on drugs in Australia send the wrong message to potential users?

Research has shown that the legal status of a drug has little bearing on its use; some people will always use. Some will never use. Four Australian states — South Australia, the Australian Capital Territory, the Northern Territory and Western Australia — have decriminalised minor cannabis offences such as possession, which is now treated much like a parking fine, delivered on the spot. Western Australia re-criminalised these minor offences in 2010, so users must be processed through the criminal justice system once again, despite the fact that during the decriminalised period there was a significant decrease in cannabis use, from 13.7% to 10.8%.

Decriminalisation has not caused an increase in drug use, as expected, in any states. According to McDonald, “the studies showed that it actually produced good results in the sense that young people weren’t involved in the criminal justice system and having to get criminal records”.

Could we take this further and apply the same model to other drugs? Would we see the same positive effects? “We definitely would with regard to drugs like ecstasy, heroin, cocaine and LSD, because with drugs like those the dynamics are the same. Some people argue that we should actually get rid of the offences of possessing small quantities and consuming drugs and simply retain the offences of supplying drugs or manufacturing and cultivating large quantities,” said McDonald.

Most arrests relating to drugs are made for minor offences, such as possessing for personal use. “Since that doesn’t achieve anything worthwhile, and does create harms, in a logical world we’d get rid of those offences.”

The so-called war on drugs would be a lot more convincing if governments tackled for example, the big banks who profit so handsomely according to the UN Drug Agency from money laundering; or noticed that agencies of the State use the international drug trade, and its enormous profits, to finance their off the books campaigns, as has been so well documented by Peter Dale Scott, Daniel Hopsicker, Alfred McCoy and others.

James O’Neill, as I’ve raised with the Crikey Collective numerous times in the past without a single relevant response from them, instead of vague talk about something being done by Abbott [or his Labor predecessors either for that matter] when will Crikey “experts” tell us how effective action can be taken without first obtaining the Internationally agreed enforceable Agreements needed for ANY Nation to deal with the problem.
Don’t refer us to people who’ve stated the bleeding obvious that there ARE problems. Refer us to experts who have come up with possible solutions including HOW they can be carried out.

One theory is that making a commodity more attractive to use by removing and criminal and social sanctions will increase its popularity. With cannabis, cocaine, so-called “party drugs” and speed, that’s probably right, we’ve been watching that happen over the last 40 years. Those drugs are now widely accepted at all levels of society, even amongst professional footballers, apparently. Their usage attracts virtually no reproach from anyone any more, but there are still massive opportunities to increase market penetration, especially amongst the young and not so smart. Rest assured that there are many people working on that right now.

Decriminalization on its own (accept usage, but the leave the substances illegal) will massively increase the profitability of the illegal drug cartels, and this appears to be what the (confused?) Greens want. But after that intermediate stage of our social evolution is over; the next big push will full legalization and commodification – as some “progressive” states in the US have already done with cannabis.

There are massive business opportunities here, especially for international Big Pharma. Every part of our life can be improved made more fun with (brand name). This is consumer capitalism next big frontier.

And to think… those doing the lobbying are on the progressive left. Life is so strange…

Let there be no mistake. The War on Drugs is lost.

Drug delears sell drugs to make a profit so the obvious thing is to make it unprofitable. Use market forces that the Govt apparently believes in and sole the revenue shortfall at the same time.

Seriously Russell……did you read the article in its entirety???? Decriminalization has not shown to increase drug use – just the opposite and this fact has been constantly proven over many times, over many years, in many different countries.