Rundle: we are watching the throes of a dying govt, and it is so good

Like Howard in 2007, Abbott is politically dead -- he just doesn't seem to have noticed yet. How good is this? Seriously, how good is it? I know I should start a piece about the Abbott government in some more serious vein, about the new stuff about redrawing the line between security and freedom being the desperate act of a dying government but no less dangerous for that, but ehhhh …

Whatever advantage the Abbott government gets from another plunge into national security politics is being offset by the uproar it’s creating in Muslim community circles, the further disquiet in wider multicultural power networks and the consequent panic in the same backbenchers who had to cop the flak during the 18C debate.

As is usual today, it’s difficult to tell how much is planned and how much is Abbott putting that extra 10% on the top and cancelling whatever political advantage may have been gained. By now Abbott’s distinctive combination — surplus aggression and surplus sycophancy — should be utterly familiar. It’s had the exact effect here that it always does.

The whole point of national security politics is to move with gravitas, as if this is sheer statesmanship by the natural party of government. Fanging it on Muslim community leaders, who all but the most blinkered can see have bent over backwards to tackle Islamist radicalisation, is a) sucking up to the people who want you to go in harder, gain some advantage, b) finding an outlet for your surplus aggression; and thus c) looking like a dickh– a hothead.

Well, maybe it’s good for a coupla points. But for how long? Abbott looks exactly like Howard did in 2007. Nothing works. Magic acts only work when you like the magician, hence the show and the glamorous assistant (who appears to remain unsackable). When you stop liking him, show’s over — he’s just a bloke with a rabbit down his pants.

Meanwhile the collapse of trust between the news-propaganda wing of the Right and the propaganda-propaganda wing widens even further. John Lyons’ backgrounded piece claiming that Abbott had explored the option of a unilateral Australian anti-Islamic State mission in Iraq involving 3500 troops gained two reactions: 1) Greg Sheridan saying “well of course he did, don’t be stupid”; and 2) Andrew Bolt saying “well of course he didn’t, don’t be stupid”.

Bolt’s reasoning on this is particularly specious: he claims that since the alleged conversation is claimed to have taken place in late November 2014, after American and other support troops had already been committed, it could not have been unilateral, so there. But as Lyons’ report made clear, Abbott’s inquiry was about a full independent military force, going after IS, which is quite a different thing.

Which seemed to be what Greg Sheridan was saying, although really, the piece was so self-parodic — Sheridan has enough self-parodies for a slim Christmas stocking-filler by now — it was really hard to tell. The man seems to have taken on Zhdanov’s wager: if you’re going to abase yourself and turn all your intelligence to the service of political kitsch, commit to it totally, make it your project.

Sheridan presumably believes Abbott to be a goner now, and all he has left to do is throw himself on the rock-hard corpse (“has rigor mortis set in?” “It’s Tony Abbott, how would you tell?”). Speaking of Sheris, even Markson got a piece of the action, with table talk in the media section reporting that John Howard had told what sounds like a dinner party in hell, or, y’know, Deepdene, that he couldn’t understand why Tony Abbott hadn’t become more prime ministerial. Yes, what is it about the deadbeat-teenage-dad-Oxford-blue-failed priest-mediaevalist-who-lives-in-the-police-college that could possibly have suggested difficulties in adjusting to changing realities?

The leaks come so fast now that they take on a compulsive and occult quality. This appears to be less an attempt to position or influence than simply to disown. At some point it becomes a matter of personal shame to have it believed of you that you believed in Tony Abbott. An anecdote, a rumour or, best of all, hard fact, as to his ineptitude or doubtful sanity serves as a sacrificial offering, a token of separation. “Me? I was never fooled. I heard he was a trucker on the Belanglo Forest … ”

With the exception of Sheridan, who’s in love, and utterly counter-productive, the only two water-carriers willing to bail Tony out are the Bolter and Gollum Henderson. Gollum, he of the Ratty Room In A Terrace House Institute, is always careful and has of late confined himself to pointing out that Tony Abbott was not the only politician to use the term “Holocaust” for things they didn’t like. True, but all the others weren’t being scrutinised by their close colleagues for evidence of poor judgement at the time. Gollum is, in his own way, backing away from Mr Tony too.

But the Bolter! The Bolter is going in hard for Tony. He’s doing magnificently. For what he’s doing for Tony, he should get a Tony. Having attacked the integrity and reliability of The Australian (“The Oz can’t run this bull and not say sorry”), he went on 2GB and described Lyons and others as “far-Left journalists”. Ladies, gentlemen, welcome to the far Left. Smocks are over there. Barista class in five minutes. I hope you like lentils.

There are three possibilities from this malarkey: 1) The Bolter is deranged and genuinely believes they are far-leftists, 2) The Bolter believes his own publicity and thinks he has more power than the Newscrap hierarchy; or 3) The Bolter knows something, i.e. that Chris Mitchell’s editorship is in the terminal ward, and can afford to go in hard. Interesting.

Also interesting and deranged at the same time has been the outbreak of bitter right-wing elitism that followed the Queensland election and the spill. It’s ably covered by Jeff Sparrow in The Guardian, but I propose to go over all the details again in loving detail tomorrow, because it is so good.

It is all so good. 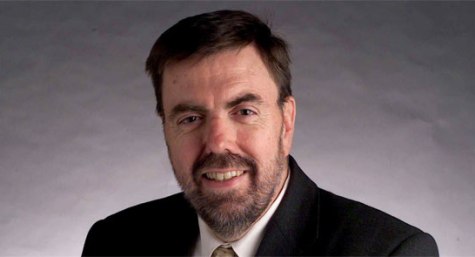 As I recall we did not have a domestic terrorism problem until Abbott stirred the pot. Previously there were only police incidents.

Guy I completely agree with you on the enjoyment of watching Abbott in his death throes.

The tragedy of the attack Abbott is making on the muslim community is that it will result in some members of that community withdrawing or reducing their cooperation in addressing extemism. The result of that may be that an attack occurs which but for Abbott’s agression and populist dog whistling would have been detected and stopped.

If it was Abbott personally that was going to suffer as a result of this renewed demonisation of the muslim community then I would crack open a beer and watch the show. Unfortunately the victims are going to be, as usual, innocents going about their day, and Abbott will then crassly attempt to use the incident for which he played a part in setting the preconditions for in further political advantage.

“Yes, what is it about the deadbeat-teenage-dad-Oxford-blue-failed priest-mediaevalist-who-lives-in-the-police-college that could possibly have suggested difficulties in adjusting to changing realities?”

“For what he’s doing for Tony, he should get a Tony”

Guy, you’ve done it again so predictably; but at least you’ve had the frankness of showing us the most important thing for you is not what’s happening, but rather the excited expectations that for a change the voters might do what you want.
I don’t think you could have survived something as long as Menzies’ string of successes?