NSW Labor has historically turned its attention to competing with the Greens, giving the Liberals a free run. 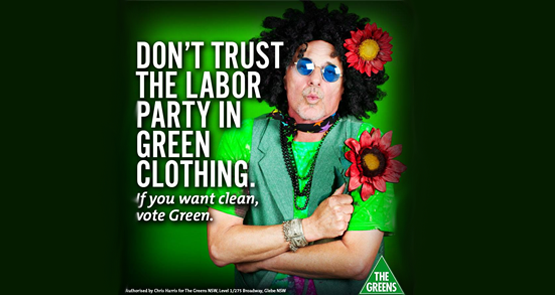 This is the story of two Labor parties, NSW and Queensland, and how they view Green preferences.

Labor is back in power in Queensland by the tiniest of margins on the strength of Green preferences in nine critical seats across the state, from Barron River in far-north Queensland, to Brisbane Central, to Springwood on the Gold Coast.

At the 2012 Queensland election the Greens gave no preferences to the ALP because of then-premier Anna Bligh’s privatisation, pro-coal and anti-environment policies. In the ensuing almighty anti-Labor swing, Labor was reduced to just seven seats.

However, on January 31 this year, Greens candidates in all 89 seats gave preferences to Labor after Annastacia Palaszczuk used her official launch speech to commit to rescuing the Great Barrier Reef from mining and dredging and to reintroducing tree-clearing laws that were repealed by the LNP.

No Greens candidate was elected, but the party’s preferences took the swing to Labor from 11% to 14% and delivered a history-making victory to Palaszczuk.

You’d think that the NSW Labor Party would draw the conclusion that it should secure a strategic preference arrangement with the NSW Greens in advance of the next state election on March 28. But, contrary to all electoral logic, the NSW ALP is campaigning fiercely against the Greens in an election.

In the Sydney inner-city seats of Newtown, Summer Hill and Balmain (currently held by the Legislative Assembly’s first and only Greens MP, Jamie Parker), the war has begun in earnest.

The Greens and the ALP’s “hard Left” are old sparring partners. They share so many policy positions that they seem like natural allies. But at local, state and federal elections, the knives come out.

The “hard Left” take the view that the Greens are stealing their members, supporters and voters. The success of Adam Bandt in the federal seat of Melbourne at the last two federal elections would seem to bear out at least some of the faction’s worst fears.

But rather than running a contest of policies and candidate quality in next month’s NSW election, the Labor Party has opted for a campaign based on scapegoating the Greens and misrepresenting their policies.

The  fiercely contested outcome is important because the inner city is the factional power base of two key federal players: Anthony Albanese, MP for Grayndler, and Tanya Plibersek, MP for Sydney.

Both want the state seats of Newtown, Summer Hill and Balmain to be under ALP  “hard Left” domination, which would mean more votes for them in any future branch ballots on candidate selection and leadership positions.

Next month, Greens members will decide at a series of local party ballots whether to preference Labor candidates. Those with a good record on environmental issues in Parliament and the local community can normally expect to receive Greens support.

Only a handful of Labor candidates received Greens preferences at the March 2011 election, which ended in a Coalition landslide and Labor’s worst result in 100 years.

The number may increase at this election, but the hard Left’s Green-bashing is hardly helpful.

Lycra brigade muscles in on Labor-Greens death match in Balmain

When NSW Labor and the Greens smell the possible defeat of a Coalition Government they’re torn between how much of the Election Day goodies each can gobble up, and how far they can go without it causing their Grand Alliance to miss out on capturing Parliament from their nominal enemy.
In the ALP terms such as Hard Left, Soft Left, etc., are primarily for window dressing to convince gullible ordinary Local Branch members that there’s policy questions involved. The real business goes on between a small cabal of “opposing” factional leaders who are better at negotiating the distribution of spoils than having meaningful policies enacted.

That’s odd, reading through the article and I can see no reference to the Greens misreprentation if ALP Policies which have been evident (at least in the seat of Newtown) over the last few months.

“Springwood on the Gold Coast” … oh dear. We know Crikey’s coverage of politics in the third largest state is rudimentary, but, guys, you need to get the basics right if you’re ambition is even misplaced veracity.

“However, on January 31 this year, Greens candidates in all 89 seats gave preferences to Labor …

Er… not correct. In my seat of Nudgee, and in several other electorates, there was no preference recommendation. This was as a result of local branch democracy being the default position in The Greens.

And in my seat of Hervey Bay the greens ran a paper candidate that didn’t even visit during the whole campaign, and their non existent branch was out in force not handing out how to vote cards