The Academy Awards, much like everything else to do with Hollywood, is really a branding exercise. 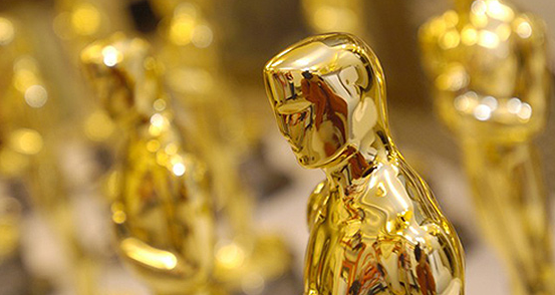 Yesterday, hundreds of millions of viewers tuned into the world’s longest and most elaborate infomercial. Founded in 1927, The Academy Awards was created (in the words of studio mogul Louis B. Mayer) as an attempt to “establish the industry in the public’s mind as a respectable institution”.

Thus tinsel town’s annual back-slapping began: a yearly rotation of medals, speeches and feats of self-congratulation. The Oscars is regarded as the jewel in the crown of awards season ceremonies. The one that gets it wrong from time to time, sure, but has a prestige and a pedigree unlike any other.

She shed light on the organisation behind the event, the Hollywood Foreign Press Association: a clique of hacks, junket-mongers and bottom feeders who founded a dinner show with the primary intention of obtaining access to A-list celebrities and a lifetime buffet of Peking duck rice-paper rolls and prestige cuvee.

But that was seven years ago, and Waxman wasn’t breaking news. Every time the awards season rolls around some journalist or blogger reminds their readers about the HFPA’s shady rules and spurious reputation. Dirty it may well still be, but a secret not so much.

So what about the vaunted Academy Awards? Acknowledging the event was hardly created as a philanthropic venture, what does the ceremony have to hide? And what are the real motivations at play when members of the Academy of Motion Picture Arts and Sciences cast their ballots and frock up in their fanciest clothes?

Pushing aside the obvious financial benefits the Academy Awards gives the productions and people it recognises — including extending a film’s shelf life and boosting the salary of cast and crew — the contemporary purpose of the Oscars largely concerns two kinds of misdirection.

The first is about the true nature of content produced by the major studios. The revelation that last year’s “selfie that broke Twitter” moment featuring then-Oscars host Ellen DeGeneres and a seemingly random selection of Hollywood’s finest was actually a carefully orchestrated advertisement for Samsung — an ad within an ad, in a broadcast interrupted by other ads — goes to the heart of what the Oscars really is: a branding exercise.

Every year, the same faces are linked to the same kind of products. These tend to be prestigious adult dramas. While we may disagree about the extent to which they are unique or commonplace, sophisticated or rudimentary, there’s no doubt this is a narrow and cherry-picked view of Hollywood — a prism reflecting a smattering of quality content.

With famous faces splashed across TV broadcasts and news reports, the insinuation is that this kind of premium product forms the heart and soul of the industry — its lifeblood, its raison d’etre.

The truth is something quite different. It was alluded to in yesterday’s ceremony during an unusually self-aware moment in a speech by Liam Neeson that mentioned in passing how Hollywood is sometimes criticised for making too many superhero movies.

Moments like this stand out because they fly in the face of the importance of the Academy Awards. While the Oscars present the illusion that the movie industry is fundamentally concerned about sophisticated adult products, in reality its business model is almost entirely dependent on youth-orientated content. Check the top box-office results of any year and you’ll see a long list of movies that look very different to the ones celebrated on Oscars night.

The ceremony emphasises individual achievements and individual films, which alone is an act of smoke and mirrors. Hollywood, a long time ago, stopped being about making movies; it is about making properties. Those properties largely consist of franchises supplemented by merchandising and commercial tie-ins, ancillary markets and long-tail shelf lives, invigorated by television re-runs and video-on-demand services.

But the second kind of misdirection pedalled by the Academy Awards goes to the heart and soul of what we call the cinema experience — and the reality faced by cinema owners. The romantic view of the cinema is of a place where the house lights go down, the screen fires up and the audience is projected into a magical alternate universe.

But cinema proprietors are businesspeople, not philanthropists. Exhibitors don’t survive off the money they get from ticket sales. Depending on the film, half the money generated from the box office (sometimes considerably more) is split with the distributor. The real money is made at the candy bar, where cheap produce such as soft drink syrup and corn kernels are expanded into items sold with incredible mark-ups.

It costs cinemas a few cents for a serving of popcorn sold for $10. Salt-filled snacks make customers thirsty; they then buy drinks sold for roughly the same mark-up. In his book, The Hollywood Economist, author Jay Epstein spoke to an exhibitor who argued the seat cup holder is the most important invention since the introduction of sound. The razzle dazzle of the Academy Awards makes us forget all this, or encourages us to never think about it in the first place.

These revelations aren’t new. Yet cinema chains are rarely discussed or thought of in the context of what they really are: fast food outlets, the screen used as bait to get people in the door. This doesn’t reduce cinema’s capacity to enchant or amaze us, just as a child’s enjoyment of a toy is not diminished if it is acquired via a McDonald’s happy meal.

* This article was originally published at Daily Review.

Hollywood has changed the game. Did you get the message?