A six week review of the Sydney siege was never likely to produce a substantial report -- and it fails to address the key issues around Man Monis and his path to murder. 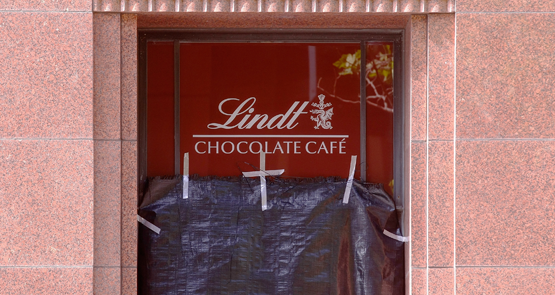 The government’s review of the Sydney siege was knocked together in just six weeks, and it looks it. The new head of PM&C Michael Thawley and the head of the NSW Department of Premier and Cabinet Blair Comley have conducted a desktop review, having been tasked in mid-December and asked to report by the end of January. Perhaps because of that unrealistic timeframe, the report simply doesn’t grapple with the central question behind the siege — why hostage taker Man Monis was constantly on the radar of security agencies, but was never determined to be a threat.

What the report does make clear is that Monis — the latest of a succession of names he adopted — was subjected to far more scrutiny than we’d previously been told. He was regularly assessed by security agencies’ Joint Counter Terrorism Team between 2008 and 2014, and ASIO assessed him again mere days before the siege. The report refers to agencies having “hundreds of thousands of pages” on him. There were 18 complaints to the National Security Hotline about his social media activity in the days before the siege. But not merely did agencies determine he was no threat, they decided that “he fell well outside the threshold to be included in the 400 highest priority counter-terrorism investigations”.

And they still made that determination even after he was charged with sexual assaults and in connection with the murder of his former partner. Indeed, the fact that Monis had attacked women appeared to barely even register with security agencies, as the report states:

“Monis’s acts of personal violence were exclusively directed towards women who [sic] he knew in one capacity or another, rather than towards the public at large. National security agencies assessed there was nothing to suggest Monis was involved in terrorist related activities.”

So, terrorise women you know and security agencies will be relaxed. It’s only if you engage in the same sort of behaviour toward “the public at large” that you’ll appear on their radar. Harsh? Bear in mind perhaps 80 to 100 women and children are killed by partners, former partners and parents every year, a death toll that makes the impact of terrorism seem trivial.

There is a vague suggestion from ASIO that it doesn’t have enough funding to do its job properly — in an appendix, ASIO says “within current resources, ASIO has had to rigorously prioritise its efforts” and that it will take time for the additional $600 million-plus in counter-terrorism funding handed to ASIO and the AFP last year to flow through into additional personnel. This ignores the fact that the combined ASIO and AFP budgets have ballooned in recent years. In 2006, at the height of the wave of terrorism created by the Iraq War, ASIO and the AFP had a combined budget of just over $1 billion. In Labor’s final budget in 2013 — criticised for cutting national security spending — the combined budget was $1.63 billion; an increase far in excess of inflation.

ASIO and the AFP also appeared to miss the connection between mental illness and predisposition to radicalisation. The report deals with Monis’ treatment for several bouts of mental illness, the records of which ASIO apparently didn’t have access to, though the NSW Police did. The point is repeatedly made throughout the report that at no stage was Monis assessed by mental-health professionals as a potential threat to himself or others. But the link between poor mental health or drug usage and becoming a “terrorist” (broadly defined) is well established in both medical literature and more widely in the media, and received particular focus after the October Ottawa shootings by Michael Zehaf-Bibeau, a mentally ill, homeless drug addict. Again, the report fails to address the issue.

Also undiscussed is the cause that, for Australian politicians, dares not speak its name: that our involvement in both the previous and the current Iraq conflict encourages radicalisation and places Australians at greater risk of attacks from extremists radicalised and angered by constant Western military attacks on Muslim countries. This is a cause of terrorist attacks that security agency heads such as former AFP commissioner Mick Keelty and the former head of MI5 and the CIA have all acknowledged. Instead, politicians like Tony Abbott and Bill Shorten prefer to babble about how terrorists “hate us for our freedoms”. There is, however, the faintest of allusions to that cause in the report:

“ASIO constantly re-allocates collection, investigative and analytical resources based on the assessed threat in the case of terrorism and harm in the case of espionage and foreign interference. The complexity and scale of managing the priority caseload has grown in recent years, driven predominantly by the influence of the conflicts in Syria and Iraq.”

The impact of our participation in foreign wars is potentially all the greater when it comes to potential “lone wolf” terrorists — the new fashion in terrorism being used to justify increased security agency powers, apparently because only being able to cause limited casualties in random attacks is somehow a greater threat than the mass casualty attacks we were warned al-Qaeda was planning for us a decade ago.

Above all, the report does nothing to disrupt the narrative that our security agencies can do no wrong, even when they manifestly fail to keep us safe. The only “weakness” is that they need ever more powers at the expense of individual freedoms. And that’s a weakness the government is only too happy to remedy.

(This article originally referred to Michael Thawley as John Thawley; it has been corrected).

Calling Monis a terrorist lends an unwarranted significance to his actions, making him synecdochially useful to a government determined to flog the one last thing in which it believes it has any credibility. Monis was a criminal. Nothing more. Terrorist acts are by definition criminal acts, and we would all be better off, I think, if we regarded them, talked about them, investigated and prosecuted them as criminal acts, rather than something apart.

There is another, more sinister interpretation, of inaction over Monis. As Peter Dale Scott details in his latest book, American Deep State, allowing such people to roam free and commit atrocities serves a purpose on several levels. For example, it enables governments to posture about “national security”; it leads to constant replenishing of the coffers of the numerous spook agencies; and allows the government to make constant inroads of what diminishingly little remains of our individual liberties, uniquely unprotected as they are among western nations with no Bill of Rights or equivalent. There is a long and discreditable history to learn from, including in recent times the Gulf of Tonkin, the anthrax attacks, and Saddam’s weapons of mass destruction.

The Crikey Scattergun is busy again — or should I say still? No matter how many times you revisit this or other Terrorist-related issues, the same old non sequiturs pop up.
You’re always trying to undermine contemplated revisions of Surveillance which aim at strengthening Australia’s defences against potential Terrorist threats, by sandpit ‘arguments’ such as Monis was known to Security, ignoring the fact that it was a Labor/Green alliance [with Crikey one of their fellow travellers] which continuously fought to help people like Monis and the infamous Lakemba Mosque Mufti to avoid being deported.
You then complain [and misrepresent the facts] as soon as anything happens, baying for the blood of those who’d have been in a better position to end many of the dangers had they enjoyed even a modicum of support from Crikey et al.

James O’Neil, I don’t know what closet you’ve been in, but I was raising the evidence which finally came out about the Gulf of Tonkin incident long before it was eventually run in 1968 as a “news” story. In 1966 as I was being released following my arrest during the President Johnson visit I challenged a left wing reporter to check out the readily available material. I was surprised to learn he was aware of the relevant Congressional Record document I mentioned which contained the material; but he told me it would be bad for circulation as most Australians supported the War.
It wasn’t your alleged Government “spooks” who kept the information secret.
As for “Saddam’s weapons of mass destruction”, since it was later shown that even Saddam’s inner circle Generals had been convinced he had them, do you really feel the need to blame that on alleged Western “spooks” either?

If only his acts of personal violence had been exclusively directed towards men. I suspect a different sequence of events.