Man Haron Monis' long history of violence against women is being brushed aside as Man's world of counter-terrorism takes over. 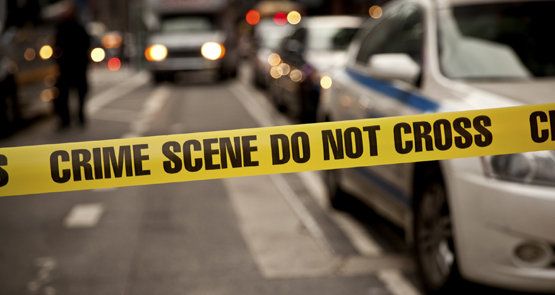 The government report into last year’s Martin Place siege provides a portrait of Man Haron Monis as a man who had come to the attention of the Australian authorities for a string of high-profile but non-violent offences based around security and foreign policy issues as well as far more serious allegations of gender-based violence, including sexual assaults, intimidation and accessory before and after the murder of his ex-wife. In Martin Place, Monis finally chose to combine the violence that had long been evident in his private behaviour with his long-established “attention-seeking, provocative” public life.

Somehow, neither of these two strands of Monis’ life had been considered relevant to the other. His “public” offences were considered low-level, while his private offences were committed only against women already known to him and so were not considered to make him a risk to the general public. The report recommends introducing various measures to overcome this lacuna, including reforms “to require a bail authority to take into account an accused person’s links with terrorist organisations or violent extremism”.

However, the case of the self-styled “Sheikh Haron” (as Monis liked to be known) suggests that we ought to reconceptualise what we consider to be relevant knowledge, as well as relevant information.

Counter-terrorism is a masculine field, dominated by men in suits alongside men in uniform. It’s a matter of national security and public importance, after all — not the kind of topic that you can just leave to the girls.

Domestic violence, on the other hand, has historically been regarded as a private issue — the kind of topic about which feminists get their knickers in a twist, but of no real interest to the rest of us. After all, how many times have its victims had their experience dismissed as “just a domestic”?

The appointment of Rosie Batty as Australian of the Year was heralded as a sign that this topic was finally being assigned the importance it deserved, despite the cuts to funding of the relevant support and advocacy services. And we can tell that it’s now a more important public issue because of the sudden influx of male expertise to the field.

Tanveer Ahmed provided his masculine know-how as well as his status as a White Ribbon Day ambassador in an op-ed in The Australian. His claims that the topic was “stuck in the mindset of 1970s radical feminism” and dominated by “a cult of victimhood” elicited a chorus of typically feminine “wtf???”. This outrage quickly turned to farce with the revelation (thanks on this occasion to the contribution of male blogger Ketan Joshi) that Ahmed had continued the pattern of plagiarism originally revealed on Media Watch two years ago.

But no sooner was Ahmed laughed off stage then we were treated to the announcement of the majority-male guest list for tonight’s Q&A episode on domestic violence — two highly regarded women (Rosie Batty and Natasha Stott Despoja) and three men — one of them in uniform (uniformed men don’t only deal with terrorists, after all) and one of them mostly known for his role as a sports broadcaster.

No particular surprise was expressed at the gender balance for last year’s “Be alert but not alarmed” episode on Q&A, which featured two Muslim women who had undertaken extensive research on the topic alongside three male politicians with no particular expertise but (of course) a lot of opinions to share. However, domestic violence is one issue, surely, on which women’s role and depth of knowledge could surely be acknowledged?

And we could usefully go further and consider dismantling the distinction between these various forms of patriarchal violence and the highly gendered forms of knowledge that we use to address them. The “private” realm of domestic violence finds public expression more readily than we care to admit — and vice  versa.

It’s difficult to disagree with Tony Abbott’s claim that “in their totality, the system has let us down” in the case of Man Haron Monis. Abbott’s observation is a prelude to the introduction of more stringent procedures for immigration and citizenship, as well as more extensive government powers of surveillance and control. The issue of gender violence is not high on the list, even though it surely belongs there.

The targets for his sexual offending were women whose trust he betrayed in his phoney and predatory capacity as a spiritual healer — offences that dated back to 2002 but did not result in charges until 2014. Feminist activists, scholars and organisations have developed a strong body of literature documenting the barriers to the reporting of such offences — but it seems unlikely that much of this will be used in the response to the Martin Place siege. Instead, the focus will remain on the masculine world of counter terrorism — the domain of the men in blue ties and the men in uniform.

Hardly an exhaustive audit of sources when looking for critiques of masculine violence.

Thank you for a good analysis of the problem women have to be heard. Particularly as we have a Minister for Women who is a man and ‘a mans man’. I for one am sick of this PM’s priorities to inflate non existent issues to major threats while ignoring the issues of 51% of the electorate. This mornings Murdoch press front pages were a disgrace in support of the PM.

Both men and women have abilities in areas such as logical analysis, scientific method and language. Women, in fact seem to have greater aptitudes in the third category than do men.
Higher level skills in all three categories are, of course, limited; but sadly many of the more fervent enthusiastic supporters of noble causes such as defending women fail to see [for whatever reasons] that jumping onto every bandwagon which they hope can be added to their cause is NOT always an apt approach.

SHAKIRA HUSSEIN: Excellent article. Until I read this it hadn’t occurred to me these issues had a gender bias. Thank you.

Shakira, thanks for taking the time and effort to write this and send it to Crikey. I’ve been thinking it and talking about it, but not at the keyboard.

I wonder if one reason that the men in blue ties and the men in uniform find it hard to see the threat in domestic violence and sexual abuse is that they have more in common with the abuser that the abused. They exhibit a form of ‘no nonsense’ masculinity and an insistence with their way or the highway, with being captain and getting publicity. As men with socially approved power, they are also not threatened by the acts of a single bullying man in private or of a ranter in public.

Uh, Norman, how is defending women a different bandwagon than defending ‘us’? Just think about it. This article offers a perspective that has been left out on many analyses and an explanation for how a violent man could be offered so many benefits of doubt.

Or, 76% of spousal homicides are perpetrated against women by men, which is undeniably a gendered violence. Of this 75 or so murders each year, so far one has translated into public violence considered (wrongly in my view) to be terrorism.

As a consequence, terrorist experts ignored Monis’ history of violence against women precisely because their knowledge of the high prevalence of gender-based violence means this has no predictive value in determining his likelihood to become a terrorist. Because otherwise we would be banging up hundreds of spousal abusers as potential terrorists as opposed to the standard criminals they are.