On climate change, the Herald Sun preferences the blinkered denialism of extreme-right commentators like the IPA's John Roskam. So why does the paper send reporters on junkets to pro-climate action events? 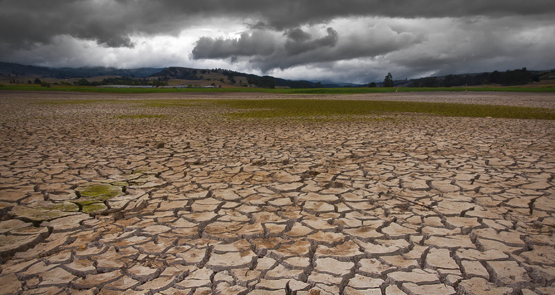 City of Melbourne generally gets a pretty good run in the media, largely thanks to lord mayor Robert Doyle who communicates well and is connected with the major media outlets and personalities.

The Herald Sun has backed this Turnbull-like progressive Liberal strongly over the past six years, but there is one issue — climate change — which may test the relationship.

On Wednesday, the biggest-selling Australian newspaper produced a beat up on page 12 which started with a fairly predictable tabloid line:

“Victorian local councillors and staff are set to jet off to ‘fight climate change’ at a major talkfest in South Korea.”

However, it was these three pars in the story that really scraped the bottom of the barrel:

“But John Roskam, from free-market think tank the ­Institute of Public Affairs, said the scientific reality was that the planet had not warmed in nearly 20 years.

“‘These local councils are sadly out of touch with the real concerns of their ratepayers,’ he said.

“‘Instead of spending money for overseas junkets for non-existent problems, councils should be concentrating on ­reducing rates and providing better quality services.'”

So where is the science that says climate change is a “non-existent problem” and where is the Newspoll that says the public is not concerned about it?

John Roskam has veered to the extreme Right in recent years and is becoming something of a serial, failed-preselection candidate for the Liberal Party.

Does he not know that in the Victorian state seat of Hawthorn — which he was rejected from last year — the Green vote reached 21.33% just three months ago in the only poll that matters?

Funnily enough, the Herald Sun is not always opposed to the question of travelling for climate conferences.

If the Murdoch press wants to delegitimise local government engagement in global climate change initiatives, they need to get off the “junket” bandwagon themselves.

The IPA line is clearly financially supported by vested-interest deniers such as Gina Rinehart, but it is still puzzling why the likes of Andrew Bolt and John Roskam have adopted a religious fanaticism in their opposition. It’s almost as if their identity is now wholly wrapped up in blinkered denialism, although it has become a good earner for them as well.

It’s hard to think of another issue in recent decades where conservatives have railed against a global scientific consensus.

Those on the political Right, beyond the vested interests of profitable fossil-fuel burning, have every reason to be concerned about dangerous anthropogenic climate change.

Margaret Thatcher summed up all the reasons why conservatives should act against climate change in this well-received Tory Party speech in the late 1980s.

So, rather than crawling into our shells and copping rebukes from Murdoch tabloids and the IPA, those of on the centre-right should go the other way and take on their anti-science rantings.

Indeed, when this report goes up next Tuesday, approving City of Melbourne to send an officer and a councillor to the triennial ICLEI World Congress in South Korea, I’m tempted to move an amendment proposing that we instead spend up to $10,000 sending four people.

I’d be happy to be one of them and then directly engage in great detail with Roskam and the Herald Sun on the topic of how 1000 cities globally are working to mitigate the potentially devastating risks of global temperature and sea-level rises.

As someone from the centre-right, I’m very nervous about the potential for huge population displacement impacting on my kids and grandchildren and would like to see a market-based approach to risk management that sends appropriate price-signals.

This would be an efficient way to conscientiously protect the landscapes we all enjoy and provide closure and more certainly on the question of whether Earth can continue to sustain 9 billion people into the future.

We need unity and in-group loyalty as one people to achieve all this and should not be distracted by whacky outliers unable to get employment or election in the political mainstream and instead profiting from vested-interest-funded denialism on the extremes of the debate.

Climate action should not be associated with assaults on property rights, anti-capitalist rhetoric or excessive redistribution.

It should be driven by those in the middle who believe in science, modernity, innovation, risk-management, price-signals and market-based solutions.

Roskam and the truth: he stands by Q & A claim on climate change

Is centrism the new denialism? Climate debate takes a strange turn to the middle

So to be specific, Stephen, how much has the world warmed in the past 20 years? Want to put a number on it?

When you’re brave enough to face up to that number we can start talking about the “potentially devastating risks of global temperature and sea-level rises”.

But my guess is you won’t fess up to that number.

According to GISS-NASA, global surface temperatures 1994 to 2014 increased by 0.4 degrees C.

Wayne – the satellite data says 0.25C in 20 years. That’s nothing to be worried about. Particularly because all that warming was in the 90s. There hasn’t been any warming at all this century.

Minor issue with wording Stephen – one doesn’t believe in science. Facts are facts regardless of whether one accepts them. So there is no need to believe in science – the evidence sufficiently makes the case without any need for faith.

You’re not quoting the RSS satellite figures are you, which are flawed showing an artefactually cooling tendency owing to its decaying orbit?