An assortment of select quotes from the transcript of a very candid meeting the NT Chief Minister Adam Giles had with Alice Springs branch members of the Country Liberal Party. 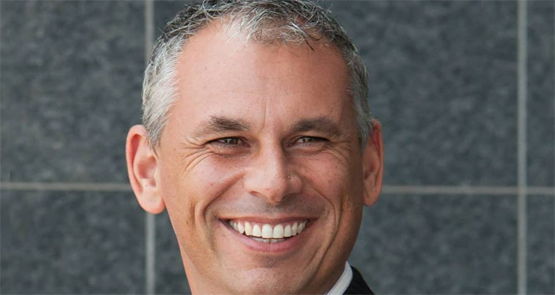 That evening, he fronted the local Country Liberal Party branch meeting to explain the why, what, who and when of events the day before. It was, as they say, a free and frank discussion that Giles maybe assumed wouldn’t leave the room other than as an unpleasant memory. But at least one person at the meeting pressed the record button on his or her phone.

That recording soon found its way to the media and, in The Weekend Australian, Amos Aikman revealed a few tasty snippets of what Giles told the meeting. More has emerged in dribs and drabs since, and Giles hasn’t denied the content or accuracy of the recording. On Tuesday this week, he told the Legislative Assembly, in response to a question from Larissa Lee — ex-Palmer United Party, ex-Country Liberal Party member and now independent — that he had “not heard it, but I can tell you what I said”.

Yesterday, Labor whip Michael Gunner tabled a transcript of the recording under parliamentary privilege. The Northern Myth has obtained a copy. Follow this link to the full transcript. Below are a few excerpts by subject.

” … over Christmas I’ve written a new indigenous affairs policy. I wrote it last time and that’s what we took to the election … so it’s in draft at the moment and I haven’t spoken to anyone about it until I finalise it a bit more.”

“At the moment from where I’m sitting there is no policy of the CLP … And that’s why a lot of times the pollies don’t know what they stand for.”

“If you’re in the Labor Party, there’s a policy this thick on every issue, every issue. So they have to, if you’re a Labor politician you have to follow the policy. We don’t actually have that here, that’s why we got into a lot trouble a couple of years ago when we brought about a lot of cuts and changes to government spending when we came in.”

“We got bombarded publicly because there was no policy to say, ‘this is what we stand on’, so we sort of bumbled around for a long time, we still are bumbling around a bit in that regard … ”

On uranium mining and nuclear enrichment in the NT

On “cracking the shits” — the coup, colleagues and the police commissioner

“Yesterday I sort of cracked the shits a bit in Darwin, some of the scurrilous rumours that have been floating around about me. For a long period of time I’ve handled it, but some of the stuff that came out in recent time, yesterday by some members of parliament on our side, I found to be horrendous.”

“To let you know exactly what happened, the old stuff with the police commissioner and the allegations about him sleeping with a woman, which are allegations at this stage, members of parliament and a particular sitting member of the police force were spreading rumours that I as the Chief Minister and as Police Minister were sleeping with the same lady that got arrested, which is the reason why Tamara and I split up, which is complete bullshit. I fronted those members of Parliament, I had a gut full of them, I sacked one of them today and tomorrow I might sack another one.

“I don’t want any more destabilisation in the team, but I find that to be completely outrageous, to have a senior member of the Northern Territory police, I won’t tell you who it is but I’m just letting you know, to be doing these things and getting themselves involved in what I would call, I have good evidence that this has involved an orchestrated political coup to get rid of me as Police Commissioner, the former one.”

“Monday night I got a phone call from Willem saying he’s got the numbers, I’ve got to be honest I sat there and went, ‘fantastic, I can have a beer’, and I went and got on the piss, but that’s a different story, and in the morning I woke up and I was bombarded, people around this room, people around the territory, different branches, Chamber of Commerce rang me begging me not to go, the Cattlemen’s Association, APPEA the gas, people everywhere, Inpex rang me from Japan, don’t go, all of this stuff, no one wanted the destabilisation.”

“So I enjoyed having a night off and getting hammered. So I decided I wouldn’t sign the resignation and lo and behold the level of incompetence of the people that had tried to form a coup hadn’t thought through what it all means and for those who are interested because I presume many of you are … Unfortunately when they tried to form a coup, they only had nine so they couldn’t find a speaker, a deputy speaker a whip or anyone to form a public accounts committee. Which means there was no government?”

“So the level of incompetence of these people is just madness. So not only was business going to be destabilised, not only would the whole CLP tear itself apart like I’m told would never have been torn apart, and it’s mainly gone mad because of personalities, but I’ll get to that in a moment.”