Would you want the Immigration Minister as your legal guardian? 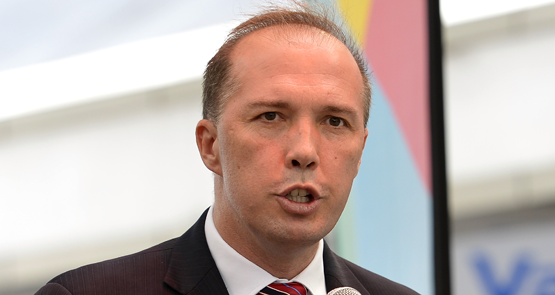 Last week, the Australian Human Rights Commission, in The Forgotten Children: National Inquiry into Children in Immigration Detention report, recommended that an independent guardian be appointed for child asylum seekers who arrive in Australia without a parent or guardian, as currently the Minister for Immigration is the legal guardian of unaccompanied children.

Concerns about the unsuitability of the Immigration Minister as the guardian for unaccompanied children seeking asylum are not new; indeed, they have been raised repeatedly since the commission’s Last Resort report about children in immigration detention made the same recommendation a decade ago. The conversation needs to be fast-forwarded from whether an independent guardian is needed, to what the best model for independent guardianship in Australia would be, and how quickly it could be implemented.

When a child has no parents or carer, a guardian stands in the shoes of the parents. A guardian generally has two types of duties: a care/custodial role and an advocacy/representation role. All children’s guardians have an overriding obligation to act in the best interests of the child while discharging those duties.

It is one of the more remarkable paradoxes in Australian law that the minister is simultaneously the legal guardian of unaccompanied child asylum seekers and responsible for making decisions about detention, granting visas and removals (and transfers to Nauru for children who arrived in Australia after July 19, 2013). This is all the more so because, in the event of any conflict between migration policies and guardianship obligations, the law currently provides that the minister’s duties as guardian — with which he is vested to the exclusion of any others who might want to put their hands up for the job — do not affect the exercise of his functions under the Migration Act.

A quick review of the Forgotten Children report, which found (again) that the immigration detention environment poses unacceptable risks of harm to these children, ought to be evidence enough that the current arrangements provide woefully inadequate care for these young people and pose an inherent, glaring, irreconcilable, and, arguably, even unconscionable conflict of interests for the minister.

Not according to the Department of Immigration and Border Protection, which stated in its submission to the inquiry: “The government’s view is that this is a perceived conflict of interest rather than an actual conflict of interest.” This is because, according to the department, the minister delegates elements of his guardian role to others: he delegates decisions regarding the care and welfare of children to detention centre and regional managers or senior officers within the department, and contracts MAX Solutions to provide daily support for unaccompanied children.

However, neither MAX nor the department delegates are able to advocate on behalf of, or provide independent advice to, unaccompanied children about their asylum claims. So, however caring and capable MAX staff and departmental officers may be, they are inherently tethered by the dual responsibilities of the minister. They can, at best, only discharge half of the guardianship role.

Although there is growing consensus that the responsibilities of guardianship should be vested in a guardian independent of the minister, exactly what that independent model of guardianship should look like is less settled. Alternative guardianship models already mooted in Australia include transferring the guardianship role to: the national Children’s Commissioner; the Department of Families, Housing, Community Services and Indigenous Affairs (now the Department of Social Services); or a newly created independent statutory body, an Office of the Guardian for Unaccompanied Children. Ironically, if the role were transferred to the Department of Social Services, Scott Morrison, previously guardian as former immigration minister, would have a second — but this time unfettered — crack at the role.

Australia needs to take a great leap forward in actually, rather than perceiving itself to be, discharging its duty of care to some of the world’s most vulnerable children. Our continued inaction is increasingly indefensible in the face of the serious issues identified (again) in the Forgotten Children Report.

Who’s the guardian of unaccompanied minors sent from Oz?

IIlegal fishing kids falling through the cracks under DIMA’s watch

Would you give this bloke a responsible job?
[“…. The three little sentences that will get you through life.
Number 1: Cover for me.
Number 2: Oh, good idea, Boss!
Number 3: It was like that when I got here.”]

If a parent treated their own children as refugee children have been treated, would they be facing charges ?

I wouldn’t want Dunnuttin as my septic tank cleaner, even if he offered to do orally.
Imagine this creature in his former incarnation as a walloper in the Qld Drug Squad. Enough to give anyone the horrors, tripping or not.

Yesterday a child died locked in a hot car, today a refugee girl tried to kill herself in despair of being sent back to Nauru based only on an arbitrary date stated in a frigging ad campaign.

Will it take the deaths of refugee children here for our media and pollies to wake the hell up.

Would you let him look after your child for a day! Be honest!
Just saying!