US provides a glimpse of the future of student debt

Student loans are now the second biggest form of debt in the United States, and the worst-performing of all, Glenn Dyer and Bernard Keane write. 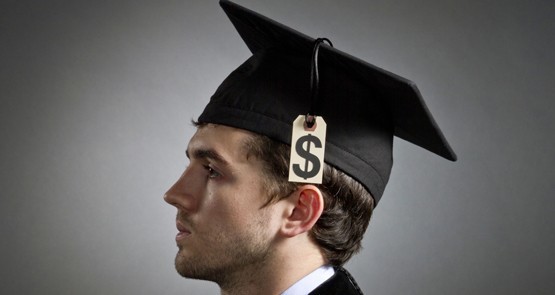 While the government has an idee fixe of shifting more of the cost of higher education onto students themselves, one consequence it has refused to discuss — and couldn’t, because it has admitted it developed the policy with no modelling of any kind — is what happens to the broader economy when you significantly increase student and graduate debt.

Fortunately we have the experience of the United States to show us what Education Minister Christopher Pyne isn’t interested in discussing.

The New York Federal Reserve has revealed that US student debt has consolidated its position as the second biggest form of consumer debt in the country after home mortgages — and the worst performing. The Fed said US consumer loans on issue rose by US$117 billion in the fourth quarter of 2014, but remain 6.7% below its peak of US$12.68 trillion in the third quarter of 2008 — just as Lehman Brothers was collapsing and the GFC erupted. Student loans now total US$1.16 trillion.

And while delinquency (loans behind in payments or in arrears) dropped to 6% of the US$11.83 trillion loans on issue, from 6.3% in the third quarter, the arrears levels for student loans and car loans rose. The worst delinquency rates by far were in student loans, where 11.3% were overdue by 90 days or more. That was up from 11.1% in the third quarter. For auto loans, the figures showed the delinquency rate rising to 3.5% in the December quarter, from 3.1% in the previous quarter. This comes as the number of car loans made to borrowers with poor credit histories increases in so-called subprime car loans and leases.

“Although we’ve seen an overall improvement in delinquency rates since the Great Recession, the increasing trend in student loan balances and delinquencies is concerning,” said Donghoon Lee, Fed research officer. “Student loan delinquencies and repayment problems appear to be reducing borrowers’ ability to form their own households.”

Student loans surpassed credit cards in 2012 as having the worst delinquency rates in US consumer credit. Worse, “student debt is not dischargeable in bankruptcy like other types of debt; thus, delinquent or defaulted student loans can stagnate on borrowers’ credit reports, creating an ever-increasing pool of delinquent debt”. But as large as the 11.3% delinquency rate is for a US$1.18 trillion debt, the Fed notes on its blog Liberty Street Economics the situation is worse than it seems:

Whatever the merits or otherwise of shifting more of the burden of funding higher education onto students, it will create debt problems for both taxpayers and graduates for decades to come. Too bad, in its inexplicable rush to produce its higher education policy in last year’s budget, the government didn’t bother doing any work to analyse the longer-term consequences.

US banking fantasyland, where a debt is an asset

Rating the threat to a new Greek bailout

Norway and Finland, two countries that rate consistently in the top group on nearly all social indices, including educational achievement, manages to have education policies that do not change students for their tertiary education. That includes foreign students. We on the other had are going hell for leather down the US road. Isn’t it time for a mature debate about precisely what type of society we wish to become? Given a choice I would opt for the Scandinavian model over the US one every time.

Isn’t it time for a mature debate about precisely what type of society we wish to become? Given a choice I would opt for the Scandinavian model over the US one every time.

Given some 80-odd percent of the population always vote for Liberals or Labor, both of which have made it abundantly clear they consider the USA to be the pinnacle of human society (albeit with at least a few reservations shown by the latter), I’d say the “debate” has happened.

@drs. I fear that no such debate has occurred. More like a default position.

This makes a fundamental mistake in comparing USA students loans with Australian student loans. Most USA student loans are like mortgages – fixed amounts have to be repaid at fixed periods – and so it makes sense to consider default rates.

Germany and Slovakia have free tertiary education, how do they manage to do this? Could some ALP member go on a junket to Europe and find out for us please?