Press Council slams the <em>Oz</em>, but Mitchell’s having none of it

The ongoing war between the national broadsheet and the press council heats up -- not that The Oz's editor-in-chief is worried. 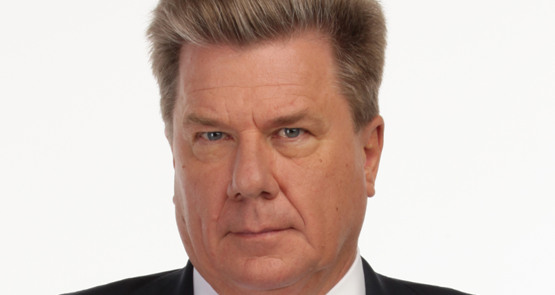 The Australian editor-in-chief Chris Mitchell has hit back at the Australian Press Council yet again, saying he would do everything he could “to remove my paper from the activism of the Press Council” after the council passed a motion condemning the Oz for breaching its confidentiality requirements.

The Press Council has 23 members, of which nine are representatives from the major media organisations and another four are identified as “independent journalists”. Of these, 18 voted in support of a motion expressing “deep concern” over The Australian‘s willful confidentiality breach regarding publication of provisional adjudications.

“Until The Australian provides assurance that it will abide by Council’s requirements, complainants against the publication will be advised that confidentiality cannot be assured, but that the Council will still consider the complaint if the complainant so desires,” the motion read.

Yesterday’s motion was prompted by an editorial in the Oz on Tuesday criticising the council for an adjudication that stated that while The Daily Telegraph did not breach any of the council’s guidelines by publishing a still from James Foley’s execution by Islamic State on its front page in August, it would have been preferable for the publication to carry the dramatic image inside the paper instead. The Australian’s editorial stated:

“We will never accept that the Press Council or anyone else has any business telling us what we can and cannot publish on our front page. It is a direct challenge to editorial independence that should be rejected by every media outlet that takes press freedom seriously.”

“This is not the first time the council has purported to give itself a role in deciding whether material has been published on the correct page. To expose this jurisdictional overreach in the most concrete form possible, The Australian has decided to disregard the requirement that a forthcoming ruling should remain secret until it is finalised. We do not do this lightly. However, it is the clearest way of revealing a major breach of trust by an organisation that has lost sight of the limited role set down in its constitution.”

The motion also called upon the Press Council’s executive director to write to the editor of The Australian to ask him to abide by the publisher’s obligations and denied the “assertion by The Australian that the Council has exceeded its authority”.

But it seems unlikely such a letter would produce the desired effect, with Mitchell saying: “I absolutely promise to do everything I can to remove my paper from the activism of the Press Council, which has no business telling people what pictures to run. I am interested in publishing truth.”

The Oz‘s editor pointed to the paper’s restraint and decorum as compared with overseas examples and stressed that a publication’s internal editorial decisions were none of the Press Council’s business: “The New York Times ran an image of the dead lying in a field in a war zone as its main page one image on MH-17, as did Time Magazine. We ran a small double column at the bottom of page one carefully cropped so readers would not be able to identify even the sex of the victims.”

“In my view photo journalists risk their lives to represent truth and it is not an editor’s role to hide that truth. The Press Council needs to be reconstructed by the proprietors.”

The voting record of Press Council members is not publicly released, although some of the publishers on the council must have voted to condemn the newspaper.

The two parties have been at odds for some time, with the Press Council passing a motion in September saying it “deplores the breach by The Australian of obligations of confidentiality during the Council’s complaint processes”.

Note to Chris Mitchell – no one is reading your crummy newspaper so there is no need to worry about the press council criticising you!
Have you news hounds every been tempted to have a newspaper with NEWS in it rather than commentary on what Fairfax is writing about?

What? You mean The Australian is still in print?

Chris Mitchell: “I am interested in publishing truth”. That had me in stitches! The irony is just too much…

While I agree with Mitchell’s premise, his statement “to represent truth and it is not an editor’s role to hide that truth” makes a mockery of it.