In the Year of the Goat, we must bell the Chinese cat

Despite the optimistic posturing of Australia's Reserve Bank governor Glenn Stevens, China's economy is in trouble, and it's time for Australia to readjust its policies to recognise the looming downturn. 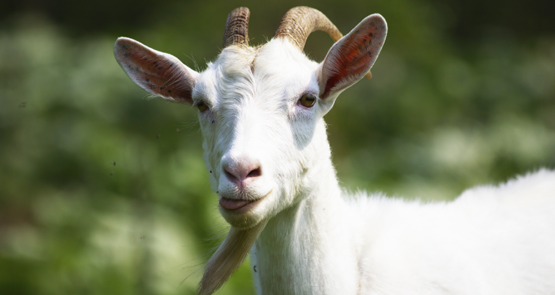 Happy Chinese New Year, ladies and gentlemen, welcome to the Year of the Goat.*

Australians, led by Treasurer Joe Hockey, will be hoping that, in the run-up to Chinese New Year, Australia’s Reserve Bank governor Glenn Stevens didn’t reveal himself as a candidate for goat of the year with his strong show of confidence in the Chinese economy before the House of Representatives Economics Committee last week.

Stevens’ commentary was either a calculated gamble or an ill-advised public display of his lack of understanding of the real workings of Australia’s largest trading power, a country that now takes 35% of our exports and upon whose economic fortunes Australia’s currency and economic success ebbs and flows. His vote of confidence in China put him at odds with increasingly guarded, sometimes outright negative commentary emerging even from economists seen to be bulls.

“They have done a pretty good job of managing things thus far,” Stevens said. But economic management is a long game, and the chickens are coming home to roost.

It is now clear that China unnecessarily — and perhaps critically (the jury remains out) — compounded the inherent problems of its debt-fuelled, rapid, economic-growth-at-any-cost policies with its unprecedented fiscal stimulus of 2009-2010. The stimulus was designed to ensure that China dodged the global financial crisis, but instead it only kicked that can down the road some, ensuring when it came China’s turn to dip, it would most likely be more severe than the country’s leaders had planned. That the decider-in-chief of Australia’s monetary policy could describe this as good economic management is bewildering.

Only days after Stevens’ comments, the latest data from China’s ailing property market — which has been soaking up about 50% of the nation’s steel production — looked anything but upbeat. China’s new home prices registered their fifth month of annual drops in January, despite November’s interest rate cut designed to prompt more borrowing.

Prices for new homes in 69 of 70 Chinese cities surveyed fell by an average of 5.1% from the previous year, worse than the 4.3% decline in December, which was itself the largest fall since the “70-city series” was initiated in 2011. Yes, things are looking juts fine, governor.

The lack of any insight at the Australian Treasury should come as no surprise. With the exception of a single representative posted at the Australian embassy in Beijing — and that itself is an initiative not undertaken until 2010 — they are all armchair experts.

As has been noted here before, Chinese Premier Li Keqiang, who nominally runs China’s economy, has been widely reported as saying he does not pay any attention to China’s GDP figures. Yet Stevens used them front and centre of his speech to parliamentarians. Li prefers a combination of electricity consumption, rail freight and credit growth: it’s called the Keqiang Index.

The news here is pretty glum, too, and the figures are now increasingly divergent to official GDP growth. Last year, China’s electricity consumption grew 3.8%, compared with GDP growth of 7.4%. (By the way, this number slightly missed, rather than hit the Chinese government’s target, as Stevens erroneously stated.)

“Freight-traffic volume on the nation’s rail network slumped 7.5 percent in October from a year earlier, the 10th straight decline, the longest losing streak since the global slowdown of 2008-2009,” Bloomberg said in December.

Perhaps most concerning for the Chinese economy this year, credit growth in January was down a stonking 21% compared to January of last year.

The efforts by Stevens and his team are symptomatic of a much wider and deeply troubling malaise in corporate and political Australia in its forecasting and understanding of China — and, as the saying goes, the fish rots from the head down.

The fat years have made Australia and many of its corporations lazy and insular. The true picture is that of a China far from economically healthy with troubling, underlying fundamentals, including a mountain of debt at local government level; unknown, but certainly large, piles of corporate debt; and massive licks of overproduction in its heavy industrial sector, to name a few. And all this should deeply concern any economist worth his or her salt.

Is China not important enough for Australia’s bureaucracy to have a decent-sized, dedicated team working across departments — god forbid — out of the nation’s four consulates in China to provide proper, original, insightful on-the-ground research?

It is unclear whether even the largest miners have their China forecasts right and how many people they have doing on-the-ground research, but it’s not many, if any. Rio Tinto, the biggest and lowest-cost producer of iron ore, is sticking with its forecast that China’s steel demand will top out at 1 billion tonnes (1000 megatonnes) per year — that requires about 1.7 billion tonnes of iron ore. Yet many commodities analysts now have Chinese steel production topping out in the  range of 800-850 megatonnes. Taking the top of that range and subtracting Rio’s forecast equates to 255 megatonnes of iron ore that won’t be required — which is more than 1.5 times Fortescue Metal Group’s annual production. If the big miners have their forecasts wrong, then the iron ore price is going to stay much lower for much longer, and cause Stevens and his team a whole lot more headaches.

Rio and the other miners have already misread how much domestic Chinese iron ore production would be shut down once the price started to fall. It wasn’t so long ago that Fortescue was telling anyone who would listen that once the iron ore price passes through about $120 per tonne, enough iron ore production in China would shut down to keep the price at about US$100 per tonne. Now, if social media reports are accurate, even FMG’s perennially upbeat chairman Andrew Forrest told workers at a company mine recently that the price, now hovering in the low US$60s, would “wander into the US$50s”.

Stevens’ “she’ll be right” attitude is misplaced. The increasingly portentous data coming from China should be a wake up call. BlueScope chief executive Paul O’Malley broke ranks last October and belled the cat on China saying:

“What we’re seeing on the ground is a significant reduction in confidence domestically within China as it pertains to building and construction, which is where a lot of steel goes.

O’Malley’s comments underscored the point that there is no substitute for having on-the-ground businesses to understand markets.

The problem is there appears to be no one else in the world of Australian business and government elites cluey enough to even set the alarm. Silly goats.

* Some use the Year of the Sheep instead — they are the same character in Chinese — because its friendlier to Westerners, but extensive research by Crikey indicates goat is more historically accurate. Ram, which uses two characters, is flat-out wrong. Read more here.

I am not qualified to comment on the validity or otherwise of Chinese economic data although it is of note that western economists have consistently been wrong in the past about Chinese economic (and political) developments. A very important point made in the article however is the lack of knowledge about our major trading partner, which is true on a number of levels. I think that extends to a profound ignorance about the consequences of huge changes in Eurasia through BRICS, the SCO and the new Asian Investment Bank that Australia was invited to join but in a typical obeisance to the US failed to do so. Our secret negotiations over the TPP “free trade” deal which does not include China but will have devastating effects on Australia is a further illustration of the national schizophrenia.