Why does Australia continue to fail Aboriginal Australia at such gross levels? John B. Lawrence SC, a Darwin-based barrister and immediate past president of the Northern Territory Bar Association, explains. 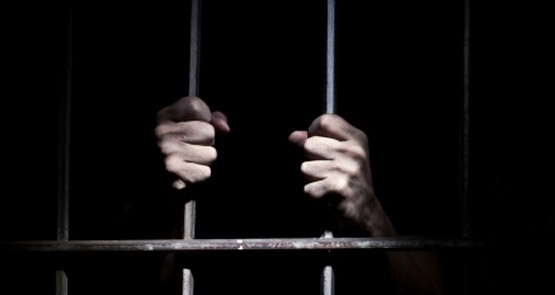 Twenty-seven years ago, Australia launched the Royal Commission into Aboriginal Deaths in Custody. It took four years to investigate 99 Aboriginal deaths in custody across Australia. Early on, its terms of reference were widened to address what was immediately realised, and which founded the shameful backdrop of the deaths: the then-grossly disproportionate Aboriginal imprisonment rate. So the terms of reference were widened to investigate all relevant aspects including history, economics, education, health and justice, which eventually led to 399 recommendations designed to address what was considered then to be the shamefully disproportionate Aboriginal imprisonment rate.

Their purpose was to halt that disproportion and reduce it. That was in 1991. The disgraceful statistics since then disturbingly illuminate just how shameful the position is today.

In Australia, in 2014-15, well after the implementation of all 399 recommendations by all state and territory governments, the national figures on Aboriginal imprisonment are:

The figures for Aboriginal women and juveniles are even more regressive:

The NT imprisonment statistics are staggering and beggar belief; in the past 10 years, those numbers have increased by 70%.

These statistics are real and they confirm what is clearly a national crisis and disgrace. They can’t be published enough and need to be broadcast and emblazoned across Australia. They are a continuum, and are now regressing at an ever-increasing pace.

No one needs to be a statistician to see the projection as to where this is going and what the end game is. This disastrous situation was confirmed and amplified by the 2014 Productivity Commission Report, which informed Australians that nationally, Aboriginal juveniles are imprisoned at 24 times the rate of non-Aboriginal juveniles. Further, there had been a 74% increase in the national imprisonment rate of Aboriginal women since 2000.

The report also recorded that one in four deaths in custody was an Aboriginal person, compared with one in seven at the time of the 1991 royal commission.

The reality of life in the Northern Territory is that, along with cyclones and crocodiles, Aboriginal men, women and children behind bars are the real and true life symbol of this part of Australia. This is where we continue to regress, rapidly. And this horror doesn’t come cheap.

Gulag NT spends more money per capita on police and corrections than any other Australian jurisdiction. It costs $100,000 per year to house each adult prisoner, and $200,000 for each juvenile. The present CLP government has just opened its new super-jail (originally commissioned by the previous Labor government) at a cost of $1 billion-plus.

The Attorney-General has said it will ultimately cost the taxpayer $1.8 billion and take 30 years to pay off. It is the largest NT government outlay for a capital works project. Meanwhile, the present government regularly makes significant cuts to education and health services.

Of course, the question to be asked is: how can Australia, sitting up there at the top of the United Nations Human Development Index tables on well-being and wealth, allow this situation to occur? Why does Australia continue to fail at such gross levels?

As a criminal lawyer working in the NT for over 25 years, I have watched and been directly involved in this regression. One reason is that over the past 20 years, all Australian governments, pursuant to vote-winning “tough on crime” populism, have legislated to change their criminal justice systems in order to obtain more criminal convictions and resultant prison sentences. Consequently, as intended, more people have been found guilty by our courts and more people have been sentenced to jail, and for longer periods.

This increase in imprisonment has cost the community a fortune without a reductive effect on crime levels. In fact, in the same period, serious crime levels, namely assaults and sexual assaults, have increased. This punitive increase in imprisonment has predictably impacted on Aboriginal men, women and children more than any other sector of the community. This obvious consequence was known to all politicians who brought in these changes to our criminal justice systems.

Politicians will argue they are merely following the will of the people and protecting the victims of crime. But surely pandering to this will is shallow and ultimately self-defeating. We’ve got nowhere, the cost has been exorbitant and the situation continues in rapid decline.

Ultimately, history will judge First World Australia as to how it fared in dealing with its Aboriginal inhabitants. It will inevitably do so by comparing it with other First World countries which faced the same challenge — like Canada, New Zealand and some South American countries.

Where will Australia sit compared with others in that comparative table?

This is an edited version of an article first published in the January 2015 edition of Land Rights News (Northern Edition), a publication of the Northern Land Council. Read the full text at The Northern Myth.

Why are deaths in custody rising?

Mr Lawrence should have the requisite legal qualifications [and if he lacks the background in other disciplines needed for him to investigate the Deaths in Custody findings mentioned in this article, surely he could soon master the relevant statistical and scientific method requirements?] to uncover what the endlessly misreported Deaths in Custody Report actually said.
It wouldn’t be easy for him to have what the actual findings were published widely. It’s certainly not the sort of information which would please the fervid supporters of the Crikey Collective.
At the time the Commissioner tried in vain to have reporters and their bosses run the true story, though, so perhaps we’ll have to wait until there are sufficient more rational heads to force Australia’s Tooth Fairy Brigade propaganda into the background.

Who is for an all night vigil? Flowers? Petitions? Not serious enough for the well meaning? Not enough publicity is more the answer. We are all Australians.

Kathryn, “evidence based programs” are only as good as the decisions made re what should be done using the evidence. The involved bureaucrats’ intent might have been noble, but sadly all too often the designed programmes are hopelessly unrelated to the basic evidence gathered. If you want a clear cut example, TRY to understand how the actual Qld Deaths in Custody Findings are hidden away in Archives to this day, while false stats are used everywhere to help bureaucrats build empires.
Go on. Be brave, and check, preferably with the help of a competent, honest statistician.

Well, thank you, Norman, for yet another demonstration of the third rate intellect and z grade human that you are.
In the article, the author makes a clear statistical case, that in the Northern Territory, the indigenous population were vastly over represented in the incarceration statistics at the time of the Deaths In Custody Royal Commission, and of even more concern, that there is even more of an over representation now.

And your response? Was it outrage at the continuing tragedy? No. An attempt to understand the contributing factors? Some positive suggestions as to what could be done to alleviate the vast problem? No, what we had instead, was some snide insinuations about the competence of the author (Yes, Sherlock: and what would a President of the Northern Territory Bar Association know about NT legal statistics). This was followed by your usual bile directed against Crikey and its readers. Which seemed to be on the basis of some garbled reminiscences of a long ago issue, that you almost certainly chose to misunderstand in the first place.

Then to top it off, you produced another little communique, that was your usual mixture of the patronising and the paranoid. Really, so the actual statistics are locked away in the archives are they? What, where only people with your special powers know what they say? And to use the logical tradition that you so bizarrely claim to represent: do you really think that unsupported allegations about Queensland Deaths in Custody findings, have any relevance to an article discussing present day incarceration rates in the Northern Territory?