False census of security: governments already know too much about us

Censuses only worsen the information asymmetry between governments and citizens. Getting rid of them is a good idea. 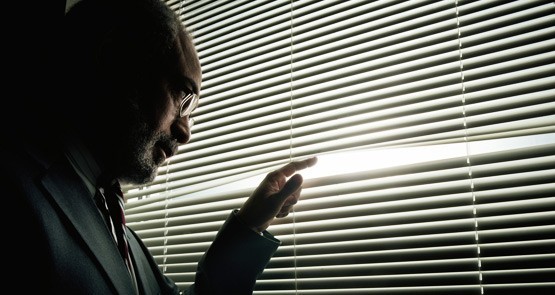 In the 1750s, the British government wanted to conduct a national census, and a bill was introduced into the House of Commons to establish one. But opponents of the government sought to block it. It wasn’t just partisanship: the opposition was self-interested — it came from regional, conservative elites, and conservative landed aristocrats — and the rural squirearchy was controlled the local instruments of state power that would be used in a census-gathering. But it was also ideological: opponents saw in the census the centralising tendencies of a government they already believed was too powerful. A census would further strengthen the power of the Crown.

The bill was defeated and it was another 50 years before the first census was conducted in Britain.

It was a different story in the United States. In the land of the free and the home of the brave, which had but recently thrown off the yoke of the British monarchy, a requirement for a regular census was written into the constitution. But the Americans had different concerns: in a rapidly expanding young nation where seats in Congress were allocated on the basis of population, it was in every state’s interest to ensure an accurate headcount of “free persons” and slaves — who counted as three-fifths of a free person for the purposes of allocating congressional seats, even though they never voted. Southern politicians were especially keen to make sure censuses counted their slaves.

Both responses reflect something that we tend to forget: the banal process of collecting statistics is innately political, and has been from the moment printing began enabling early modern governments to record and store large amounts of information, further strengthening their capacity to impose order internally and wage war externally.

If the Abbott government goes ahead and dumps the national census, as Crikey tipped yesterday, it won’t be about ideology or politics, it will be a cost-cutting measure. A compulsory national census, which is a population-scale form of coercive personal-data gathering, is enormously expensive — based on the cost of the 2011 census, it would cost over half a billion dollars to force every citizen in the country to divulge extensive personal information next year.

The government’s critics are up in arms. And, true, the Abbott government already has a rotten reputation when it comes to evidence and data: it is run by climate denialists and wind turbine syndrome spruikers and, by and large, prefers to pretend science doesn’t exist unless it suits its agenda. But would swapping a census for a detailed household survey really be that disastrous for evidence-based policy? Germany hasn’t had a national census in decades; the EU-wide census it participated in in 2011 was the first since the 1980s, and that hasn’t stopped Germany from becoming one of Europe’s richest and healthiest societies. Belgium doesn’t have a census, but manages to have one of Europe’s best-performing education systems. Canada gave up censuses in 2010 in favour of voluntary National Household Surveys. A census is unnecessary for evidence-based policymaking, if this or future governments decide they’re actually interested in evidence-based policymaking.

As the long history of attitudes to censuses shows, they are not ideology-free. And they are now more ideological than ever. We live in an era of increasing information asymmetry between citizens and governments. Governments are less and less transparent in the way they develop and implement policy. But the internet gives them more tools to monitor and accumulate information on their citizens. Police forces insist they need data retention because phone companies no longer keep phone records. But phone records now yield vastly greater information about an individual than they did in the analog era. Metadata provides far more accurate information about an individual than obtaining the content of their phone calls or emails. Even relatively small amounts of online data can be de-anonymised both by government agencies and corporations. The information balance between governments (and corporations) and citizens has swung dramatically in favour of the former.

Ah, but census advocates say, censuses allow governments to do good things for us, to provide better infrastructure and services. Surveillance advocates always tell us it’s for our own good — data retention, after all, will apparently protect us from terrorists and paedophiles. But, even if you accept the argument, those same good things can be provided without recourse to a coercive national personal data vacuuming operation — and more cheaply, as well.

The stout rural reactionaries of 18th-century Britain were instinctively wary of a central government accumulating more information. In an era when our own government is pushing hard to force us all to pay for the costs of being placed under mass surveillance, we have far more reason to be wary of any form of compulsory information acquisition, whether you think it’s a good thing or not.

The census cannot force you to give your name

It seems decidedly odd that the government can be considering dumping one while implementing the other. Whether one is for or against, they share the same arguments.

I think it’s just one more illustration of the astonishing ineptness of Abbott and his team.

This could be viewed as the government cutting off a source of data that their policies and performance can be measured against. They do seem very much in favour of ignoring, shutting down and bullying sources of actual data that don’t fit with their agenda.

Oh Bernard Keane, Bernard Keane. I can’t help but disagree. As a historian and genealogist, I can’t stress too deeply the value of census information to future generations. No household survey could replace census derived data. I can’t stand the controlling,deterministic government either. But it’s rather like the vote, I think. We have to turn up and have our names crossed off. Very few people who object to being ‘forced to vote’ as they see it,then turn around and walk out. They vote informal. They have a few seconds of grim fun, spoiling the ballot paper, and thinking Take that,you bastards, or something similar. People can, if they object to the census, put misinformation on the form, or somehow to their satisfaction, usurp the process. How many cars? Seven, mate. I’m doing very well for myself. Dependent children? None, we sent them down the mines. See it as a chance to live a fantasy life. Those who do so won’t damage the overall results significantly. We historians and social scientists NEED the census to do a sound job. There’s so little personal information collected in the census that can help an authoritarian regime damage you or me. Save our efforts for subverting the digital data collection drive. That really IS dangerous.

Of course this government believes in an evidenced based approach to policy. When you are this government you can make up whatever evidence you like to believe in. A lack of evidence is no hindrance to a belief. In fact the belief itself is evidence enough as far as they are concerned.

“It was quite simple. All that was needed was an unending series of victories over your own memory. ‘Reality control’, they called it: in Newspeak, ‘doublethink.’”