Last year's free trade agreement with Japan has inspired a business acquisition that could spell doom for Australia Post. 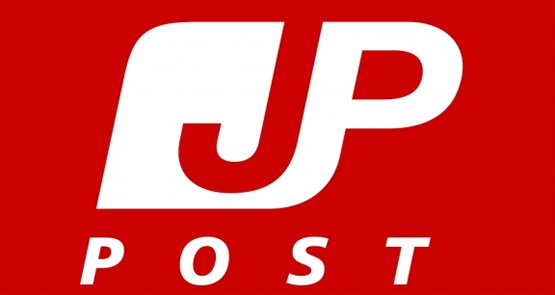 Japan Post’s stunning announcement of a $6.5 billion cash bid for Australia’s largest transport and logistics company, Toll Holdings, is a vindication of last year’s free trade agreement, but it looms as a serious competitive threat to Australia Post.

State-owned Japan Post is the country’s largest consumer bank, with $3 trillion in assets, annual revenues of $163 billion and almost 220,000 employees. In 2015-16 it is set to be broken into three businesses — banking, insurance and postal — and sold off in a float valuing the entire group at up to US$67 billion.

The $9.04 a share takeover deal, which was formally recommended by Toll’s board this morning, will be subject to approval by Toll Holdings shareholders — who will no doubt rush to accept the whopping 50% premium to the company’s recent share price, when it comes to a vote in May — and by the Foreign Investment Review Board. Toll shares naturally hit the roof on the open and were trading up 47% at $8.94 on deadline, indicating overwhelming confidence the bid will get up.

Like last year’s equally stunning Woolworths South Africa bid for David Jones, today’s deal did not leak (until The Australian Financial Review ran this item last night) and at a Sydney press conference still going at the time of Crikey’s deadline. Toll chairman Ray Horsburgh pointed out the respect that Japan Post held for the team, led by CEO Brian Kruger, which will remain in place and continue operating under the Toll brand.

Horsburgh said: “They’re not buying Australian commodities, they’re buying skills and knowledge.” It was the largest such acquisition of an Australian skills-based company, he added.

Horsburgh said last year’s free trade agreement would no doubt lead to more opportunities. Japanese companies have been shifting capital to higher-growth markets, and Japan is Australia’s third-largest foreign investor (after the United States and European Union). The Toll deal would mark the largest corporate takeover since brewing giant Kirin, which owns Dairy Farmers and National Foods, paid $3.3 billion to swallow up Lion Nathan in April 2009 .

This morning, The Australian‘s John Durie gave credit to Toll’s former boss of 26 years, Paul Little, for pushing the Asian expansion, which has ultimately drawn the Japan Post bid, and flagged the deal would be a nightmare for Australia Post.

Tony Shepherd’s National Commission of Audit, among others, has called for the privatisation of Australia Post, worth up to $4 billion by some estimates, but last year the government ruled out the privatisation, and some commentators believe the window has closed.

Australia Post has stopped paying a dividend to the government, is laying off workers, and in November had its credit rating downgraded by Standard & Poor’s (albeit to a very respectable AA-) in recognition of the structural decline in its core mail business and increasing financial risk.

Nicholas Reece is principal fellow at the University of Melbourne and a former senior adviser to Julia Gillard, and lectures on government business enterprises. Reece told Crikey the growth of online commerce has helped drive the rapid globalisation in this industry, beginning with the privatisation of Deutsche Post DHL in 2000.

“Their timing was perfect — just as online took off — and everyone else has been playing catch-up. The Royal Mail privatised last year, and there’s ongoing speculation about Australia Post, although [Treasurer Joe] Hockey and [Finance Minister Mathias] Cormann have ruled it out for the foreseeable future.

“Japan Post has been mooted for privatisation on several occasions, but the politics is difficult, for similar reasons to Australia, so the proposal has been pushed back. [Japanese Prime Minister] Shinzo Abe has recently got a new mandate and now with this Toll takeover proposal, together with a break-up of the company, the privatisation is very much back on the table, this time with a new momentum behind it.”

Reece believes the entry of Japan Post to Australia will reignite the privatisation debate here. “In the 20 decades that Australia Post has been running the mail service it has never seen a challenge of the scale it now faces. Its traditional mail service is losing money, and major global players are moving in to gobble up market share in parcel delivery and other profitable parts of its business.

“FIRB will presumably want to have a good look at the proposed acquisition, and Australia Post will no doubt be making a submission. This has far-reaching consequences for Australia Post: there is now a major new player in the Australian market with deep pockets to drive price competition, without a broad community service obligation and which will only be interested in the most profitable parts of its operations,” Reece said.

“Toll has been looking to challenge that for many years, and have been building out their capability. They will continue to do that even without the Japan Post deal. Obviously the deal brings better balance sheet but I’m not sure they’ve been capital-constrained in what they’ve been trying to do previously. We think Australia Post has a very strong network which very difficult to undermine, even with significant capital investment. Having said they are an important competitor and this can only add to Toll’s competitive strengths.”

Could Japan Post one day buy Australia Post? In a throwaway line during questioning, Horsburgh let slip as much: “That’ll come later,” he joked.

This is a great example of why it is in everyone’s interest for Australia Post to be privatised as soon as possible. It has a strong revenue base today that makes it worth something but which is going to erode in the next decade if drastic change is not undertaken.

Public servants are incapable of leading and delivering such change.

I believe that the letter business is a public service so should not be sold. If the same logic is applied to Japan as it was to China, then Toll should not be able to be sold to Japan Post while it is still a state owned business.

David Hand, that is rubbish. It’s run as a government owned private enterprise. As far as I’m aware the government is not involved in day to day running. Ahmed Fahour is a very experienced and well considered CEO. He was a senior executive with NAB before, not a public servant.

The term “Government owned private enterprise” is a contradiction in terms.

Here is just one thing a truly private enterprise would do. Cease delivering mail round vast areas of rural countryside. Country people go into town regularly to shop, visit the dentist and do their banking. They could pick up the mail from a PO box while they’re there.

The irony is that because they undertake this loss making delivery service, their competitors like DHL piggyback on it by using the same contractor to deliver DHL parcels as well.

Of course, this would require the abandonment of the monopoly protection of the standard letter as Auspost would no longer be able to meet the obligations it carries.

The Agrarian socialists in the National Party would of course never allow a change like that.

Politicians interfere with their state owned enterprises all the time.

1. An urgent parcel to Sydney sent Express Post in Perth late on a Friday will sit, I was told when paying the $25.00 or so, in Perth until Monday. It arrived Wednesday.

2. A book I ordered was posted from Qld, Ipswich area, and arrived ten days later in Perth.

I seriously contend that a stage coach could have delivered it in that time.