Howard Sattler is back, and he doesn’t care what you think

Controversial shock jock Howard Sattler has launched his own internet radio channel, broadcasting eight hours a day, five days a week. And he is not exactly sorry about that one time he insulted Julia Gillard's partner ... 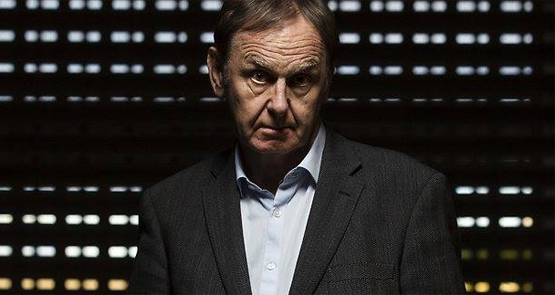 For most of the days of his life, Howard Sattler has been on air.

Since June 2013 though, the 69-year-old’s voice hasn’t been heard on a commercial radio station. Sacked by Fairfax after he asked Julia Gillard if her partner, Tim Mathieson, was gay (the sacking remains the subject of an unfair dismissal claim bought by Sattler against 6PR owner Fairfax), Sattler has in recent months grown impatient. Last week he launched “The Sattler Files”, an internet radio channel broadcasting five days a week, eight hours a day. Sattler hosts some programs and is helped along with a cast of established journalists and newcomers he hopes to nurture into radio talents.

The launch was plagued with technical difficulties. It was 15 minutes late getting to air, and rather rough around the edges. Listeners were promised the station would be launched by Perth lord mayor Lisa Scaffidi, but that didn’t happen until week’s end. “Interesting is the word we’d use,” Sattler said when asked how the early days had gone. “We’re still learning as we go. It’s a very complicated thing to do eight hours a day of broadcast … But we’re getting on top of it now.” He says he’s been thrilled by the quality of the guests on the show, and the support he’s gotten from the local media scene.

The station, if one can call it that, has four main hosts. Along with Sattler, who’s on air from 9am to 11am, experienced radio and TV journalist Tricia Duffield has left her job in Sydney to join Sattler on the adventure. His wife, journalist and broadcaster Despene Sattler, is also behind the mic for several hours a day, as is Tim Lee, a “new discovery” (as Sattler describes him), who does sport for the station.

On the third day of broadcast, the audio stream had nearly 9000 listeners, Sattler says. It’s not bad for a start-up media venture. But Sattler’s a big name in Perth. Before his sacking, he had a devoted audience, and asking whether Mathieson was gay was very much in keeping with the style of the show. Sattler isn’t the type to leave questions unasked — a trait that’s seen him  prone to controversy over the years. Rising to prominence in the 1980s — the era that nurtured shock-jocks like Alan Jones in Sydney and Neil Mitchell in Melbourne — he used his top-rating talkback show to take on populist causes. In 1991, some 30,000 people turned up to a rally he promoted against juvenile delinquency, which led to the Western Australian government introducing mandatory detention for young offenders charged with crimes. In 2001, his station was fined for breaching the Racial Discrimination Act by allowing guests on Sattler’s program to vilify Aboriginal religious beliefs. And years later, Sattler was also involved in the cash-for-comment scandal that most famously ensnared Alan Jones.

Radio station 6PR stood by Sattler through all of this, but not when he asked the prime minister that fateful question. Asked by Crikey whether he regretted asking the question, Sattler said he had given her the chance to respond. “As I said to her, ‘Tim’s gay, that’s a myth’.” Gillard responded by saying it was absurd. Sattler told Crikey this week that “I don’t think that’s a sackable offence”.

Sattler has previously said he believes his Parkinson’s disease might have been the reason he was dismissed from Fairfax, with the interview merely providing a convenient excuse. Spending hours on air can be tiring for Sattler — Crikey spoke to him after he’d finished his morning shift, and it was clear he was feeling the strain. But he’s determined to limit how the Parkinson’s affects his life.

“I do a lot of exercise. I’m going to Pilates this afternoon. I do something every day to try and stay fit. My voice has gone a bit now — I’m tired — but in the morning it’s pretty good.”

Sattler is the by far the biggest drawcard for his station, which trades heavily on loyalty from a rusted-on audience. Even the name, “The Sattler Files”, is a throwback — it’s what Sattler’s first show on 6PR was first called in 1981. But Sattler insists it’s not just a labour of love.

“I absolutely intend to make a living out of this,” he said. “It’s a full-time job, after all. And I’m a commercial radio animal. I’ve only ever worked in commercial radio.”

The station has signed up 42 sponsors so far and is hopeful of securing more.

Meanwhile, Sattler is happy for the outlet. As our interview wraps up, he says he can’t believe how “soft” the Australian media has gotten. “Look at the Bali Nine, for example,” he said. “Does anyone care what happened to all their customers? … It’s not a racial thing, but a fair dinkum thing.”

Howard Sattler is back.

I’m certain some care enough to point a LOIC his way.

Why give this selfoppioniated blowhard a plug?