Crikey Clarifier: has greyhound racing gone to the dogs?

After Monday night's explosive Four Corners investigation into the use of live bait during greyhound races, the industry is scrambling to right itself. Crikey intern Abbey Casey reports. 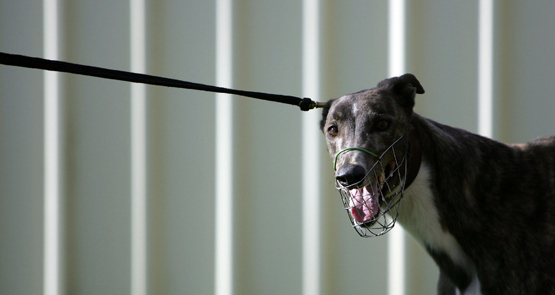 Viewers of Monday night’s Four Corners were shocked to see greyhound trainers using the illegal practice of live baiting, which involves tying live animals such as possums, rabbits and piglets to race posts to motivate the dogs to run faster in races. Ultimately, the animals are mauled to death.

As a result of the investigation, 10 Victorian and six NSW trainers have been stood down from the industry. South-east of Melbourne, the Tooradin race track has been closed down.

The Four Corners investigative called for a nationwide inquiry into the Australian greyhound racing industry and training methods.

How is the industry currently regulated? How does it enforce rules?

Self-regulated bodies have the responsibility to inspect greyhound tracks and training methods if they believe a race dog is being trained in a corrupt, fraudulent, negligent or improper manner. This includes using live animals as bait instead of a stuffed animal.

But self-regulation does not appear to be working: Sal Perna, Victoria’s inaugural Racing Integrity Commissioner said yesterday he was shocked when he saw footage of live animals being mauled by greyhounds, as he has only received one complaint about live-baiting in five years. “I have been in this role for five years. I have never seen anything like this before,” he said.

What are the penalties for breaking the rules?

Those responsible for live-animal baiting face a 10-year ban from the sport, in accordance with Greyhound Racing Victoria’s own Animal Welfare Penalty Guidelines. Live baiting is also a criminal offence; it is punishable under the Prevention of Cruelty to Animals Act 1986 (POCTA) and can attract a jail term of up to two years and a fine of more than $30,000.

It has not yet been said whether the trainers across Australia who were caught on camera live-animal baiting have been charged or whether they will face court.

What is being done as a result of the Four Corners expose?

Since the report went to air, there have been various calls for more stringent greyhound racing regulations. The Western Australian Greens have called for an independent inquiry into the greyhound racing industry across NSW, Queensland and Victoria.

How can the industry be improved?

Animal welfare activists across the country have agreed the only way to ensure live baiting stops is to get rid of self-regulation of the industry. A greyhound re-homing activist told Crikey that without full-scale reform, all of these cases of cruelty could be dismissed as being “a few bad apples”.

Rotting in mass graves: investigating the fate of NSW’s greyhounds

An activity based on gambling on animals performance is crooked, who’d have thunk it.

Gasp! Everyone in the greyhound industry is shocked, shocked I tell you, that live baiting occurs.

It always has, always will, and will be done tomorrow and the next day.

A journalistic expose every ten or twenty years is not enough to stop this cruelty, or to stop the cruelty in the horse racing industry too.

Self-regulation is a contradiction in terms in every sphere in which it is used, and should be ended in this sphere too.

Self regulation, to paraphrase Sam Goldwyn, “is like a verbal agreement, not the worth the paper it’s written on”.
Add vast quantities of money, in cash, with the low life attracted by such spectacle and any shlock quel horreur is taking the piss.