Who cares for the carers? Doctors hesitant to ask for help

Doctors have very stressful, emotionally taxing jobs, and many are afraid to ask for help when they need it most, writes Radio National journalist Ann Arnold. 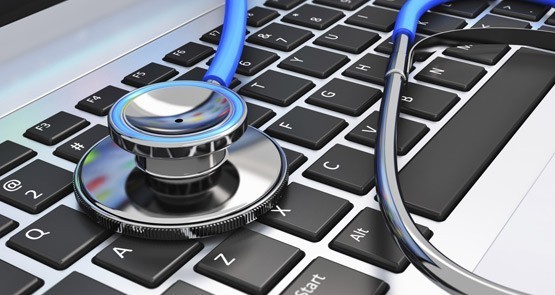 Does medicine need to confront its “dark side”? Doctors give, and they give some more, and they’re not always aware of that themselves.

Dr Genevieve Goulding, the Brisbane-based president of the Australian and New Zealand College of Anaesthetists, says most doctors are exposed to pain, suffering and death. But each specialty has its own additional stressors. For example, anaesthetists have a specific relationship with patients. “We’re with the patient at that very last minute before they close their eyes before an operation,” Goulding said. “So there’s an enormous amount of trust there.”

With that intimate connection comes an emotional load, Goulding says.

As an anaesthetist, “you have to learn how to develop rapport very quickly and be able to handle all kinds of people of all different ages. It’s not easy, you have to give a lot of yourself, and it’s quite hard to be empathetic all day”.

Surgeons have obvious performance pressures, but there is also the role of delivering bad news. “I myself, as a trauma surgeon, in one four-week period last year, had to sit down with three separate families and tell them that their loved ones were not going to survive head injuries,” said Dr Mary Langcake, chair of the NSW committee of the Royal Australasian College of Surgeons.

“That leaves a little part of you behind every time you do that.”

One of the more common types of callers to the anonymous Doctors’ Health Advisory Service in NSW (there’s one in every state) is the junior doctor on duty in a country hospital overnight, according to Dr Jill Gordon. She is the service’s president, and one of the doctors taking after-hours calls.

On top of feeling overwhelmed by the responsibility, the young doctor in the regional hospital may be battling discrimination. “Work-related stress is the No.1 reason for doctors calling us,” Gordon said.

For psychiatrists, and especially trainee psychiatrists who are still developing resilience, one of the biggest challenges is preventing patients’ ill health affecting their own mental state, according to Professor Mal Hopwood, president-elect of the Royal Australian and New Zealand College of Psychiatrists.

“Working regularly with people suffering great distress, due to their mental health problems, who might often discuss their feelings of hopelessness and their thoughts that life may not be worth living, can be very challenging. We shouldn’t underestimate how hard that work is.”

With three psychiatry registrars among the sudden, and as yet unexplained, deaths of four junior doctors in Melbourne last month, the well-being of doctors is a raw and painful topic.

The impact of those deaths was immense, Hopwood said. “It’s almost hard to imagine the ripples that can cause for the person’s family, their colleagues and their training cohort, and, indeed, for patients who had recently been seeing that doctor.”

Doctors are, like the wider community, gradually opening up about mental health and encouraging each other to acknowledge problems and seek help.

Every doctor, it seems, has a story of at least one suicide of a colleague. One of the more confronting, recalled by Mary Langcake, was the time a coroner’s van pulled up at the emergency department so a body could be certified dead. A friend of Langcake’s volunteered to do the job. She stepped into the van, unzipped the body bag, and there was a colleague from that very same emergency department.

It was the oft-cited Beyondblue survey of doctors published in 2013 that quantified what doctors had known anecdotally and from personal experience: that many carry too-heavy burdens.

The survey found, incredibly, that one in 10 doctors had reported suicidal ideation in the previous 12 months. It was one in five for medical students. This compared to one in 37 in the general community.

Beyondblue’s data has been questioned because it was not a random sample, and it’s possible the respondents had a stronger interest than most. But senior doctors like Langcake and Goulding, who are pushing for greater recognition of mental health issues among their colleagues, argue that does not diminish the study’s significance.

The rates, and concerns expressed by the respondents, were enough of a red light that more action and awareness was needed.

The barriers to seeking help, however, are many: fear of notification, through the arguably misunderstood mandatory reporting law; fear of being negatively judged, particularly acute for junior doctors; and the cultural tendency to self-diagnose and avoid opening up to a colleague.

Jane, a retired theatre nurse and the widow of Dr Geoff Perkins, a Queensland anaesthetist who took his own life on New Year’s Eve in 2010, implores the medical community to look out for each other, and to recognise signs of trouble — in themselves, and in others.

Geoff Perkins had died after a dispute at the hospital where he worked. He drove home angry and upset and gave himself a lethal injection. In his suicide note, he said he “can’t take the bullshit at work anymore”.

Jane said: “Most people will get depressed, down at some stage of their lives, and they will go to work and that’ll make them more depressed. But over time something will happen and they’ll get over that depression. Geoff didn’t get to do that. It’s not always about severe mental illness. Suicide can happen to anybody, almost anybody.”

*If you are depressed or contemplating suicide, help is available at Lifeline on 131 114 or online. Alternatively you can call the Suicide Call Back Service on 1300 659 467.

*Ann Arnold is a journalist with Background Briefing, Radio National’s investigative documentary program. Her program Doctors in distress was played on Radio National on Sunday morning (15th Feb) at 8.05am. The audio is here and can also be heard in a repeat broadcast tonight at 9pm on Radio National.

The hidden cost of the Murray-Darling Plan