Press gallery veterans back Ferguson’s ‘blood on your hands’ moment 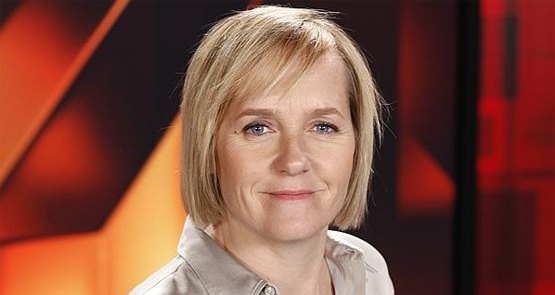 May 13, 2014 was a frantic night for Sarah Ferguson. The fill-in 7.30 host was in her first budget lock-up, her laptop balanced on the budget papers, and she turned to The Guardian’s Katharine Murphy and asked: “Do you think I can get away with this?” Murphy responded, “shit yeah,” and the rest is history.

Her opening question that night to Treasurer Joe Hockey asked him whether it was liberating for a politician to decide election promises didn’t matter. Channel Nine political editor Laurie Oakes told Crikey this morning the question would go down in history as one of the iconic interview openings of Australian politics. “I think it’s on par with Richard Carleton’s opening question to Bob Hawke [in 1983, after he deposed Billy Hayden], which was, ‘How does it feel to have blood on your hands?’.”

But Ferguson’s Walkley-nominated interview has been criticised in an external audit of ABC reporting conducted by highly respected former AFR editor and Walkley winner Colleen Ryan. Ryan’s review is the fourth such review to be commissioned by the ABC. Releasing the first two, ABC chairman James Spigelman said the reviews “provide fresh perspectives and opportunities to reflect, learn and develop”. The audit, it should be noted, is not a finding of a breach of the ABC’s editorial policies by the ABC itself.

In the audit, Ryan wrote that she felt that the “tone” of Ferguson’s questioning “could have been interpreted by some viewers to be a potential breach of the ABC’s impartiality guidelines”.

The opening question, she added, was “emotive”. “I also believe that the average viewer would consider that the Treasurer was not treated with sufficient respect by the interviewer.”

“ABC News does not believe Ms Ferguson’s questions were hostile or unbalanced; rather they were astute and prescient. The government’s capacity to sell the budget measures in light of the election promises remains at the heart of commentary about the government’s performance.”

And even so, Mark Scott tweeted last night, the review was overwhelming positive towards the ABC’s budget coverage.

It’s a point Oakes makes, saying that even on Sarah Ferguson, Ryan had positive things to say. “Colleen Ryan says Sarah [Ferguson] treats everyone equally, and that you  can’t tell what her own politics are. Lots of the points praise Sarah.”

The criticism of her, Oakes says, is “particularly weak”.

“I think it was a wonderful opening question. It grabbed everyone’s attention, including Joe Hockey. And it was a perfectly legitimate question.” Some aggressive interviews, Oakes said, are not designed to elicit good responses. But Ferguson’s question was, he says. The interview illustrated things about the budget, particularly Hockey’s weaknesses, but also sought information from him.

One of the points made in the review is that Ferguson was equally aggressive towards her guest the following night, Labor shadow treasurer Chris Bowen. But, Ryan writes:

“Ferguson was also tough in her questioning of Bowen [who] performed extremely well in the interview – as opposed to Hockey who appeared tired and rattled. The composure of the interviewee can affect perceptions of bias. If Hockey had performed as well as Bowen, Ferguson’s tough questioning may have been less of an issue for the average viewer.”

Oakes says this doesn’t make sense to him. “This idea that because the subject of the interview performs badly, that’s a breach of ABC guidelines, well, I thought that was a bit silly. Blaming the interviewer for the bad performance of the interviewee is ridiculous.”

Channel Ten veteran reporter Paul Bongiorno admits Ferguson’s style of interviewing wasn’t what he personally tried to do on Meet the Press, which he hosted for 22 years. “Ferguson’s style is very much that of the BBC, which has as its departure point that no question is unfair, providing you give the person you’re interviewing the chancel to answer.

“It reminded me of Richard Carleton’s style on This Day Tonight, which 40 or so years ago pioneered a really aggressive style of interview. But what happened to him in the end was that politicians decided to no longer turn up, because they’d be mauled. One of the things Sarah [Ferguson] had going for her was that she was just filling in … The hardest job in TV interviewing is getting bums on seats at the end of the day.”

“Having said that, I believe Australian governments, whether Labor or Liberal, have perfected the art of intimidation and bullying, and of not being answerable. But that’s the role of the media, and particularly the ABC. I was glad to see Torney back Ferguson.

“I thought it was a riveting interview.”

Asked whether she had anything to say about the audit’s findings, Ferguson said “the interview speaks for itself”.

This piece has been updated to better reflect Colleen Ryan’s experience.

‘They’re trying to take the journalism away’: Oakes and Ferguson on pollies’ obstinacy

Gillard ‘hostile’, Rudd chucked a tanty: behind the scenes of <em>The Killing Season</em>

There will almost always be at least one viewer who thinks that way – so that is a very weak statement.

But what is the nature of the public interest after such a budget?

To open with such a strong reference to promises may seem, from this distance, a bit heavy duty but we have to remember how hard Abbott pushed his no BS, no surprises line. We now know that it was to become an issue central to Abbott’s dive in popularity so surely, in that light, the question was prescient?

Clearly too, Hockey was buggered, presumably after burning the midnight oil (not to mention the Cubans) with Mathias.

I think the interview does ‘speak for itself’.

‘The interview speaks for itself’, and it was brilliant. Not just riveting television but got to the very nub of the policy failure behind both the budget and the Abbott/Hockey strategy.

The questions did what questions are supposed to do – demand a proper answer. Hockey’s attempt to wriggle out of them was the start of his public downfall.

Future students of journalism should ignore Ryan, and use Ferguson as an exemplar on interview techniques.

Bring Back Sarah!!! she’s the only one since the days of Kerry who has the intellectual balls to cut through the BS and demand real answers

I’ve always wondered why fairness and even-handedness are meant to apply to the ABC but not expected of any of the privately owned media. Isn’t the ideal to have all of the media behaving objectively and fairly? Clearly not.