There are plenty of economic reform opportunities that don't come with political pain, if politicians, commentators and business are prepared to look for them, Bernard Keane and Glenn Dyer write. 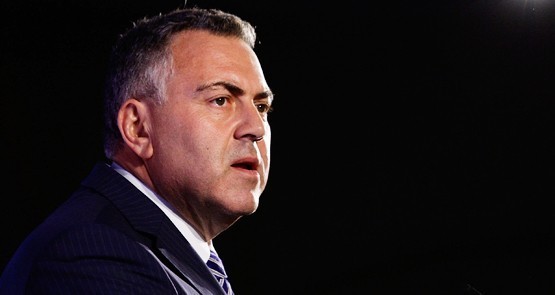 While the “reform is dead” crowd rend their garments and gnash their teeth, a close look at both reform opportunities available to the federal government shows that the picture is far more complicated — and more positive — than they make out.

One of the reasons for the “reform is dead” claim is that much of the obvious economic reform needed by the Australian economy has been done: floating the dollar, financial deregulation, labour market deregulation, greater national savings, removal of tariff protections, competition reforms, an independent central bank and a more efficient tax system were all done either by the Hawke-Keating or Howard governments, or both. While business would like to insist that there are still huge reforms needed to impose workplace “flexibility” on workers and cut government spending (except for themselves), the reform task has shifted to more complex areas — complex in policy terms and complex because they cross federal-state jurisdictions.

In particular, the “human capital” reform agenda focuses on improving both outcomes and efficiencies in two areas that both absorb huge amounts of government spending and which are critical inputs to our economic performance, health and education. You won’t hear much about health and education reform from the “reform is dead” crowd because that doesn’t fit their idea of hard-nosed reform, but they are every bit as crucial as removing tariffs or floating the dollar. Health is already the biggest employer in the country, and we’ve still barely started seeing the retirement of baby boomers. And our strong international performance in education is starting to slide as our own region ramps up its educational performance and investment.

While it doesn’t get a lot of credit for it, the Gillard government made big strides in both areas, hammering out an agreement to establish a more efficient funding and performance-information model in hospital care, and developing a national education-funding model for schools that would better target disadvantage. Both were based on well-regarded review processes (an extensive health and hospitals review, and the Gonski review). And in both cases, the Abbott government has abandoned the funding models, in order to slash education and health funding to the states and, in the case of education, to fulfill its ideological obsession with private schools.

Fortunately, the revenue situation isn’t as grim as the doomsters are making out. We’ve been stressing for years the importance of curbing super tax concessions, and there’s a growing consensus that the $30 billion a year in potential revenue gains from fixing our over-generous, pro-rich super system should be an important part of the long-term return to surplus — bearing in mind that, to minimise uncertainty, the changes should be phased in over a period well beyond forward estimates. This should be accompanied by serious moves to reduce the scope for multinational corporate tax avoidance, which is becoming increasingly necessary, not just in revenue terms but to shore up voter confidence in the tax system (why should the rest of us not cheat on our tax when Apple, and Google, and News Corp, and mining companies all do it?). That would be a big step forward in terms of growing revenue that could be obtained at minimal political cost.

These sort of long-term revenue measures could be coupled in the May budget with an infrastructure agenda that could be targeted at actual economic problems, rather than the ambitions of an “infrastructure Prime Minister”, dodgy deals with multinational mining companies or National Party boondoggles. The cost to Australia of urban congestion is approaching $20 billion a year — a serious burden that isn’t merely economic but harms the lives of urban Australians stuck in traffic rather than being with their families, working or recreating. An infrastructure program aimed at urban rail, roads and public transport, coupled with congestion pricing, would reap significant long-term economic benefits, as well as providing economic stimulus, albeit over the medium-term rather than in 2015-16. And, yes, congestion pricing would be politically dangerous, but it’s odd that a government wants price signals in primary health care but avoids them in the exactly parallel situation of road usage.

For the moment, the government is focusing on the coming intergenerational report. But forget that — it’s a furphy, a concoction of statistical what-ifs and guesses that will be aimed at wedging Labor, rather than genuinely educating voters about long-term challenges. Worse, it means the government is ignoring the Murray and Harper reports on financial services and competition, respectively. The implementation of these reports — the best ones to emerge from the “hit the ground reviewing” welter of reports over the last 18 months — would bring greater efficiencies to financial services and competition. They will also, over time (and allied to clear-sighted and rational tax reform) drive higher revenues for the government, for superannuation and for the corporate sector — in the same way the floating of the dollar, tax, financial services and competition in the 1980s and 1990s drove most of the gains we’ve have been enjoying in the past 20 years.

Again, there is mood to support reform in areas like financial services — there are too many fees, too much income diverted to the coupon clippers and the myriad advisers, and the financial planning sector is held in (justifiably) low regard. The idea that useful reform automatically entails political pain doesn’t stand up to scrutiny.

There are many other pockets in need of root and branch reform: media policy is currently swinging in the breeze, when we need the ownership and audience reach restrictions for TV sorted out and clarified once and for all (and an end to the Foxtel monopoly, declaring it a common carrier and being forced to take on rival offerings). A longer-term regulatory reform agenda for media was attempted by Labor with its convergence review, but that too has been abandoned, even as audiences abandon traditional platforms and search out video and audio streaming services (such as Netflix) and buy products such as Apple TV. And having successfully sold Medibank Private, Finance Minister Mathias Cormann should be allowed to explore the sale of other assets — the National Commission of Audit put together a good list to be going on with. Privatisation need not be a political dirty word. Look no further at the best performing state government and state economy — NSW, where for all its faults, the Baird administration is at least spending more on investment and trying to take voters with it towards important goals, and looks set to be rewarded with a healthy second-term majority.

These are just a few examples of how genuine, and significant, reform isn’t automatically politically problematic — although a government as inept as Tony Abbott’s appears capable of stuffing anything up. If commentators and business are serious about real reform, rather than reform that suits their interests, they’d recognise there are plenty of opportunities — and the hand-wringing about volatile electorates and voters with short attention spans could stop.

Removing barriers is important and much of that has been done.

Building capacity is important, and not much of that is being done by government or industry.

Finding new growth areas is important and that is pretty much left to multinationals and global markets.

So,as Keating said in a related context: God help us!

It is not true that there is no more “low hanging fruit”, there is $220 billion income in the black economy that is not taxed and could be by simply eliminating the issue of notes and coins. Finland is leading a number of countries that are replacing notes and coins with swipe cards and mobile phones as set out in my letter last Friday in the AFR. Refer to http://www.afr.com/p/opinion/use_digital_cash_to_wipe_black_economy_ERLuOMyIMEWXD6FCOrIx1H

All money would become digital and so all transactions could include the tax file number of the payee and payor. The tax office would then provide all uses of Australian money or Bitcoins with a statement of their total income and expenses each year. This would facilitate preparing private and national accounts as well as auditing. It would identify multinational companies profit shifting, money laundering, bribes, fraud and funding of terrorists.

Bernard and Glen, you may argue “the Gillard government made big strides — hammering out an agreement to establish a more efficient funding and performance-information model in hospital care” but do you really believe a great deal which was important was actually established? Please explain.
Regardless of whether or not it was the best way to go in education, her ‘plan’ to improve national education-funding model for schools that would better target disadvantage failed to provide a workable plan for sustained long term funding. Leaving that for future unfortunate Governments to solve was hardly unknown with Ms Gillard, was it.
Just once why doesn’t Crikey’s dynamic duo respond to the serious questions about (for example)education funding, which have been referred to you but are simply ignored?

You talk about Baird as if he were the Messiah – he is only there because Bazza was caught with his finger in the pie. If he wins in March, it wont be because the voters want to sell the lot and be ripped off by AGL and Origin etc, but because they still have memories of Fast Eddie and his crew and the thought of going back to that era scares the bejesus out of everyone!

Even low hanging fruit would be beyond the bottom feeders that comprise the current govt.