Mayne: Rupert and Jeff Kennett open up on Twitter

Crikey's founder has a direct interaction with the most powerful man in the media world. 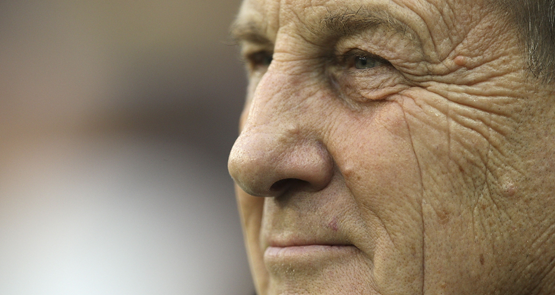 After battling Rupert Murdoch and Jeff Kennett for many years, it has been refreshing to see these two old warriors of political power games subject themselves to questions and debate on Twitter over the past couple of weeks.

Some 22 years after organising his family’s controversial investment in Hong Kong cladding company Guangdong Corporation, the former Victorian premier has finally admitted the bleeding obvious — that there was substance to the concerns raised about his conduct.

During his barnstorming seven years in power, Kennett never took a backward step. Journalists who raised governance issues were sued, pilloried or dismissed as negative whingers. Several lost their jobs. (All of this led to the creation of Crikey, by the way.)

The most effective demolition of Kennett’s inappropriate share dealings was produced by Terry McCrann in this 1996 Herald Sun comment piece. When sent a link to the McCrann piece on Twitter earlier this month, Kennett finally offered up a mea culpa or sorts:

The amazing thing about Kennett’s incredible period in office is that the man himself has never reflected on his mistakes and achievements in any great detail. Similarly, aside from a politically focused book by journalist and former Liberal staffer Tony Parkinson, there has been no comprehensive retrospective analysis of the good, the bad and the ugly on the policy front.

In an era of reform paralysis, it should not be forgotten that Kennett reduced Victoria’s public sector workforce by almost 100,000, raised about $35 billion from privatisation, outsourced the entire Melbourne public transport system, sacked all 210 Victorian councils and gave Melbourne the world’s second-most valuable toll road and one of the world’s biggest casinos.

And halfway through all this severe austerity and change, he was re-elected with a thumping majority in 1996.

Rupert Murdoch was one of the keys to this electoral success as he backed the Kennett reforms all the way through the Herald Sun and The Australian.

Rupert’s ability to move on after events is legendary, and when Kennett was defeated in 1999 he publicly put it down to “a dangerous amount of hubris”.

Kennett returned the hubris insult seven years later, as Crikey detailed in 2006. As the leader of the world’s most powerful family, Rupert is a difficult bloke to communicate with directly, and very few politicians give it a try on Twitter. I never met him during seven years on-staff at News Corp, and have had only one private conversation with him after 14 AGM catch-ups — way back in 1999, before Crikey was even launched. It therefore came as quite a surprise when Rupert engaged through Twitter on Sunday.

During a discussion on Saturday, an experienced media hand told me that he’d heard from a very reliable source that Rupert’s hatred of Peta Credlin stemmed from a meeting they had at Aspen. Rupert’s global rent-seeking from governments is legendary, and the story went that Credlin had promised changes to the anti-siphoning laws, which prevent Fox Sports from securing exclusive access to various live sporting events, but she then failed to deliver.

It’s difficult to check such a claim, but the following Twitter exchange unfolded on what was, for Rupert, a Saturday night in New York.

Predictably, the Rupert denial elicited a kicking from the ever-loyal Sharri Markson in Monday’s Media Diary column in The Australian.

It does seem strange that lots of old-school Murdoch journalists are blaming the rise of social media for the troubles of the Abbott government, especially given the News Corp proprietor has embraced Twitter in the most newsworthy manner of anyone globally.

Truth be known, Abbott’s problems have come from being pulled too far to the Right by the highly combative Murdoch press. If he ignored the inflammatory demands of Andrew Bolt, Ray Hadley, Alan Jones, The Daily Telegraph and The Australian, the “sensible centre” of Australian politics wouldn’t have abandoned him so comprehensively.

Way back in 1992, Andrew Bolt missed out on the job of looking after then-treasurer Alan Stockdale in the Kennett media unit because the professional advisers warned that he was too interested in power for himself.

Despite Piers Akerman’s lobbying of Jeff Kennett, I got the job instead — a decision that ultimately led to the establishment of Crikey. So, on behalf of Crikey’s readers as we celebrate 15 years, thank you Jeff Kennett and thank you Andrew Bolt for being too extreme for the Liberal Party in 1992.