Former host and interviewer for 7.30 Kerry O'Brien says criticisms like Colleen Ryan's risk creating a climate of self-censorship, sanitisation and timidity at the ABC. 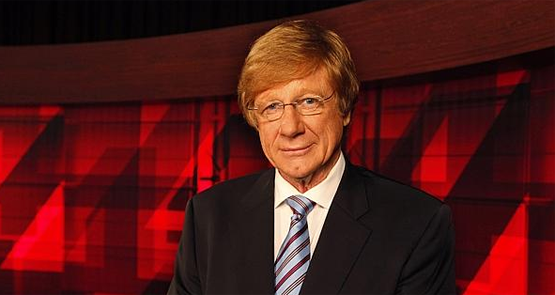 The first Hockey budget included a succession of significant broken promises. The government has been judged so harshly over the budget that the Prime Minister and the Treasurer are now fighting to hold their jobs after less than 18 months in office.

That’s not an opinion. It’s a fact.

In contrast, Colleen Ryan’s criticism of Sarah Ferguson’s budget interview with Joe Hockey last May on 7.30 is not fact. It’s opinion. More than that, Ryan tries to put herself in the mind of an average viewer. Who on earth is an average viewer when you’re talking about politics?

In Ryan’s opinion “an average viewer would consider that the Treasurer was not treated with sufficient respect” by Ferguson. That is a near-impossible matter to arbitrate in the current sphere of political interviewing.

Richard Carleton’s “blood on your hands” question to Bob Hawke the night he deposed Bill Hayden as Labor leader in 1983 is one of the most celebrated questions in television history. Did Carleton show sufficient respect? By what standards?

Put that question to 10 people in a room and you’ll get an argument, probably on party lines.

Ryan opines that the language in Ferguson’s first question was emotive.

Referring to new taxes in the budget Ferguson asked: “Is it liberating for a politician to decide election promises don’t matter?”

I don’t believe it was emotive, particularly delivered in Ferguson’s trademark deadpan style. We’re both entitled to our opinion.

The question was provocative, which Ryan acknowledges can be acceptable under the ABC’s editorial guidelines, but that too is a matter of opinion.

Ryan also observes that Ferguson is equally tough with all politicians as she was on budget night.

Today’s politicians are obsessive in their attempts to manage the media. There’s an army of minders behind the scenes who would have devoted substantial time and energy planning their media strategy to sell the budget in the best possible light, and minimise its political negatives.

Hockey’s job that night was to sell a politically loaded budget in the best possible light.

Ferguson’s job was to keep Hockey honest and cut through to the core issue at the outset. In this case it was clearly the government’s credibility at the most fundamental level, and the subsequent public backlash over many months (presumably including many average viewers) shows that Ferguson’s questions were absolutely spot on.

The fact is, Ryan was given an impossible task. Or is that just my opinion?

In now asking its interviewers, often in difficult, high-pressure circumstances with limited time, to be second-guessing some future single arbiter on highly subjective benchmarks as they prepare and deliver their questions, the ABC board risks creating a climate of self-censorship, sanitisation and timidity, which would seriously undermine the foundations of the institution’s independence.

Press gallery veterans back Ferguson’s ‘blood on your hands’ moment

Thanks for that bit of sanity Kerry.
Your reply to Colleen Ryan’s “opinions” is a much needed breath of fresh air.
The irony of all this “external review” nonsense, is that out there on socmed (where journalism is now increasingly judged) Sarah Ferguson’s reputation has been enhanced, while Colleen Ryan’s has been sorely damaged.

Ryans’s opinion is taking us down the path toward the torpid, self-censoring, politically-correct, moralistic, navel-gazing, “balance”-obsessed US media typified by the New York Times. Revolting

I’ve noticed an interesting trend over on The Drum in recent months. Every time an opinion piece expresses any negatives regarding the current government, the first three or four posts counter with a pro-government view: at least one of which consists of accusing the ABC of left-wing bias. Often, these posts appear considerably earlier than any of the others.

Maybe it’s my paranoia showing, but I’m starting to wonder if the LNP’s stacking of the ABC board is starting to bear fruit with some subtle directives being passed down the line to the site moderators.

We know that the Coalition hates the ABC and wants to destroy it, yet the ABC regularly rates as one of Australia’s most trusted organisation. The easiest way to destroy it, therefore, would be to destroy that trust.

Interesting thought Graeski. My suspicion is that it’s more likely LNP stooges (paid or otherwise) whose sole task is to trawl socmed and ABC articles for the purpose of astroturfing with pro-LNP comments. The ALP may well be doing the same.

That the pro-LNP posts are often first off the rank would be either due to their being on constant alert or, if one is paranoid, they’re being tipped off that a new article is about to hit the web site!