Crikey has asked spinners, pollies, journos and others about the shifting media landscape over the past 15 years. What's good, what's changed and what's next? In this, the first in our ongoing Digital Disruptions series, we talk to veteran spinner Toby Ralph. 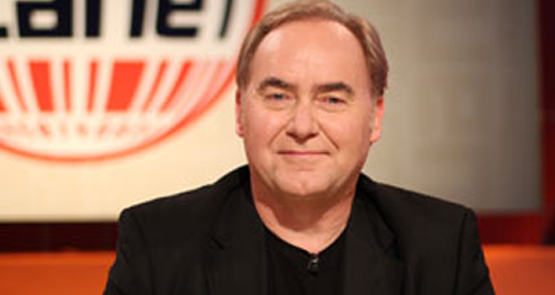 When Crikey profiled Toby Ralph in 2012, we quoted a PR veteran saying he was “to the Right of Genghis Khan”. Ralph however insisted he had few political preferences, telling Crikey he’d work for anyone who paid him. In business, he’s lobbied for the live export trade, tobacco and the nuclear waste industry, and in politics he has a long association with the Liberal Party (he worked on all of John Howard’s political campaigns). Ralph tells Crikey that while he suspects the past 15 years have left him better informed, he’s not sure he’s any the wiser.

How has your media consumption changed from what it was in 2000? Are you a better or worse-informed person? Do you find the media harder to cope with? Do you find it more engaging or interesting?

Over 15 years we’ve moved from mass media to micro media, and I’ve been dragged along with it, although I’ve still failed to join the 140-character Twatsphere. While I may be better informed, I’m pretty sure I’m none the wiser.

The immediacy of lots of web-based media is great, but the attendant inaccuracy is something I need to adapt to.

Media is becoming a conversation — and there are lots of voices from brilliant to banal. Ill-informed and appallingly rude comments from readers are always satisfyingly annoying though — it should be called anti-social media.

My day still starts with a pot of tea and a crisp, atom-based edition of The Financial Review. There’s something reassuring about a paper made of paper that, were World War III to break out, would run the headline “Gold firms”.

In five years I’ll probably still be an addict, but by then their print circulation may be in single figures.

The Fergusons are fabulous — Sarah and Adele — they are both scarily frank. I adore A.A. Gill, Clive James and against all hope of redemption am shamelessly amused by Jeremy Clarkson’s rollicking impropriety, despite having little interest in his subjects.

I’m a globalist; despite the obvious downsides, overall anything that connects us to a larger humanity is good in my book. The more the merrier.

By some accounts, there are now two to three PR practitioners to every journalist in Australia. Can this be a good thing?

I gave a talk to a largish group of PR folks a while ago and the thing that struck me was the statistically improbable level of beauty in the room — with the exception of me, as I’m as ugly as a sack of smashed crabs.

They wanted to know why they, being smart people, were not better represented in boardrooms.

I opined that as long as attractiveness appeared to be a criterion for employment, the industry would be consigned to being viewed as the cute blonde who pops into the boardroom to talk about the Christmas party. No applause for Toby that day.

Does it matter that they outnumber journalists three to one? Not really. What matters is that there’s not enough money in media to fund enough good journalists. What’s more, unprofitable print does the financial heavy lifting of story generation for air [broadcast] media to pirate, which is a serious structural problem for the media industry.

Over the past 15 years, have perceptions about advertising changed? Why or why not?

People know how to decode advertising. They know the celebrity is getting paid and doesn’t use the product. They know that if you’ve got nothing to say, you sing it, so they are cynical about jingles. They know that they won’t look like the models in the ad just by drinking that product.

If a large company claims “You’ve got a friend”, consumers increasingly decode the real message to be that their customer service is crap; when a corporation claims to care, consumers invariably assume they don’t.

They know full well that companies tend to advertise their failings.

Now we’ve got a society that isn’t looking for entertainment. They are busy, they have access to more information than ever before, and they expect to be treated like an individual, not part of a target market. They are zapping commercials, blocking out spam, hanging up on telemarketers and putting “no junk mail” stickers on their letterboxes.

They increasingly respond to conversations, not broadcasts, and new media is getting closer to truly permitting this.

A more contemporary version may involve pushing prose by the petapixel, but the principle of not brawling with those that shape public opinion remains common sense.