Laura Poitras on Snowden, the US government and why you should get Tor already

The documentary filmmaker tells Crikey what Edward Snowden is like in person, and how much the NSA can learn from listening to you type. 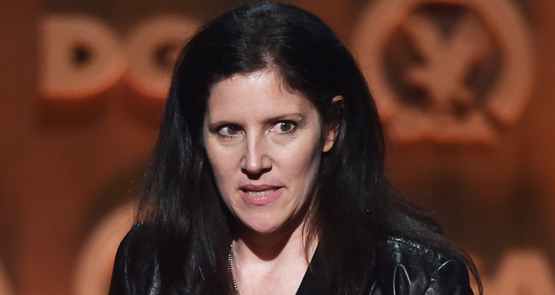 The words “stranger than fiction” barely begins to describe the circumstances in which journalist and documentarian Laura Poitras became acquainted with the subject of her latest film, who approached her via encrypted email in January, 2013, under the alias Citizenfour.

That person was Edward Snowden, then a contract consultant with the National Security Agency and who we now understand to be one of the most influential whistleblowers in history. Poitras’ Oscar-nominated doco, which takes the name of Snowden’s alias and opens this week in Australian cinemas, is a verite-style film detailing events surrounding the now-famous meetings in Hong Kong between herself, Snowden and two journalists from The Guardian.

The then 29-year-old came to Poitras out of the blue bearing the mother of all revelations about government surveillance in America. He also employed the kind of language you’d expect from a cheesy political conspiracy thriller replayed on late-night TV. Snowden’s emails included turns of phrase such as, “Imagine an enemy who can make a trillion guesses a second” and “I didn’t choose you. You chose yourself.”

Snowden’s email landed in her inbox a few months after news circulated that Anonymous and LulzSec hacker “Sabu” was an FBI informant, snitching on various members of the radical hackivist group, and Poitras initially suspected she was being hunted by the United States government.

“It was something that I was aware of — that the government had done this kind of thing, targeting people. Given the fact I was already on the [Department of Homeland Security’s] watch list I thought this was some kind of weird US government entrapment effort,” she said.

“I was on guard for anything suspicious. Anything with the smell of entrapment. I also very directly asked Snowden — though I didn’t know that was his name at the time — ‘how do I know you’re not trying to entrap me?’ He responded very directly. He said, ‘you know that because I am never going to ask anything of you. I am only going to give you information.’”

The extraordinary nature of Snowden’s revelations also led to extraordinary responsibility on behalf of the people he confided in. Filming Snowden was one thing (when most people think of him they recall the scene Poitras captured in Hong Kong), but understanding the sensitivities around that content, quite another. It is hardly uncommon for filmmakers to pore over every second of footage they captured, but the Citizenfour crew did so with motivation that extended much further than artistic sensibility.

“We figured that once the film was done it was going to be put in the hands of intelligence agencies and be examined frame by frame for what they could learn. We figured we needed to do the same thing first, which we did,” Poitras said.

This included visual changes such as blurring out potential sensitive file names. But, “it went beyond that. When we see typing on the screen, in almost every instance we made some changes to the audio because we believe that intelligence agencies could reconstruct what was being typed based on the sound. We weren’t sure of what it was that was being typed, so for us to be careful we changed those sounds. Those were the kinds of things we did.”

With that intense level of scrutiny in mind, the final shot of the film feels unusual. Shot from a distance, looking through a window, we see Snowden and his girlfriend cooking food in what we presume to be his new home in Russia.

“I knew what was being revealed at that point,” Poitras said, “and I probably won’t go into more detail than that.”

Poitras was hardly a carefree, happy-go-lucky journalist before Snowden contacted her. The 50-year-old director doesn’t carry a mobile phone and currently lives in Berlin, where privacy laws are given greater precedence. She believes investigative journalists need to be educated about how their online behaviour can be tracked, and cites the Tor browser (which severs the connection between IP addresses and queries) as an essential tool.

“Google knows what you’re searching for, and anybody monitoring your communication can quickly find out what a journalist is working on. This is not a hypothetical thing,” she said.

“I have had an experience where I was with a journalist and he got a phone call from somebody who was a source basically saying, what the fuck are you doing searching for that? The journalist was in shock. He couldn’t actually believe his search had been seen.”

Unsurprisingly, perhaps, Poitras says the experience of making Citizenfour changed her. With a restraint characteristic of the film (which has virtually no score and is so bereft of dramatic embellishment it, at times, feels cold and clinical) she simply says she has become less naive.

“I don’t think there is like some thought police out there who watch films to say, ‘we want to target this person because of their speech’,” she said. “I think it’s more of a Kafkaesque machine that if you get caught in you can’t get out of. That’s what happened in my case.”

Greenwald: the spying, not the media, is the story

A journalist’s partner detained, a surveillance state flexes its muscle

Snowden smear a cover for the worst intelligence failure in decades

I do not think that NSA will rest until they have compromised Tor. Keeping privacy is an ongoing process.

The NSA already has some substantial programs to work around Tor protection, including the charmingly named FoxAcid program: http://www.theguardian.com/world/2013/oct/04/tor-attacks-nsa-users-online-anonymity

Their attitude is essentially “what’s yours is mine and I’m not telling you what mine is.”

I assume they know everything they want to about me (and by extension, ASIO knows it, too, but fortunately for me I’m neither an investigative journalist nor a terrorist and therefore of little interest. (Although by including NSA, FoxAcid, journalist and terrorist in the same sentence I may have just raised my profile).

The TOR browser essential? The crypto network invented by the **United States Navy** is going to keep you from the prying eyes of the NSA? It never was!

Tor is slow and turning everything off (scripting, flash, cookies etc) makes browsing next to useless. Only useful for genuine dissidents, criminals, the truly paranoid and supergeeks.

The ‘authorities’ will get you if they want you. For us plebs there are more efficient and easier ways to achieve a reasonable level of privacy and anonymity.

You will not be able to guarantee your privacy – you will only be able to increase the cost and inconvenience of breaching it.