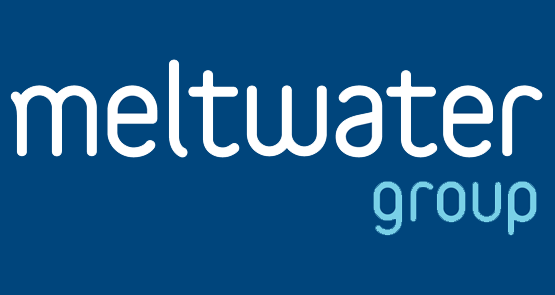 Used by corporates, governments, lobby groups and charities to track how the media is talking about them, media monitoring is big business. In Australia, it’s largely provided by just one company.

iSentia, formerly known as Media Monitors, purchased AAP’s media monitoring service in early 2014 with reluctant permission from the Australian Competition and Consumer Commission. The merged company has approximately 90% of the media monitoring revenue share in Australia and New Zealand, according to its May 2014 market prospectus. Since floating last June it’s enjoyed a charmed run, with its share price up nearly 35% on the offer price in the eight months since its initial public offering.

But Meltwater, a multinational founded in Norway that’s offered media monitoring services in Australia since 2006, is also experiencing fast growth. Still privately owned by its founder Jorn Lyseggen, Meltwater is beefing up its service to better compete with iSentia. During the 2014 calendar year, its Australian revenues grew 45%. It was the only serious competitor to iSentia identified by the ACCC in its scoping paper on the iSentia acquisition of AAP’s media monitoring business, but, the competition regulator said in 2013, Meltwater only searched freely available web content.

Since that December 2013 issues paper, Meltwater has been expanding its coverage. Yesterday it announced a deal with Copyright Agency Limited that allows it to scan content behind paywalls, giving its clients access to media clips from publishers like News Corp and Fairfax, Seven West Media, Bauer Media, Pacific Magazines and APN. It’s a significant boost to Meltwater’s coverage, Australia-New Zealand area director David Hickey told Crikey from New York yesterday. Under the agreement, similar to one iSentia signed with CAL in December, Meltwater will pay a licensing fee to publishers for scanning and summarising their content.

Copyright Agency director of commercial licensing Ross McCaul describes Meltwater’s entry into the licensing framework as a “great result” that “enhances competition in the market”.

And when it comes to print, the deal puts Meltwater on a similar footage to iSentia. “This really for the first time allows us to monitor behind paywalls, which gives our clients open access to sources we’ve not had up to this point,” Hickey said.

Meltwater has been adding to its offering in other ways. It operates in 27 countries and has a global partnership with American radio and TV monitoring giant TVEyes. When TVEyes began operating in Australia in January 2013, Meltwater began offering its clients keyword searches of video and radio streams, which are recorded and archived for future reference. TVEyes allows clients to pay a flat fee for using its services, unlike iSentia’s dominant pricing which is per clip (though iSentia is moving towards a subscription model as well).

Meltwater’s original business was social and online media monitoring, though a dedicated platform that allowed clients to search for mentions in real time. That’s now been extended other types of media, but it has yet to offer the full-service monitoring that iSentia does. The iSentia business model involves paying dozens of media types to sit through and listen to every broadcast, taking relevant notes for clients along the way. Meltwater doesn’t operate like that — its main platform performs keyword-driven searches. Patrick Baume of iSentia says that as long as Meltwater doesn’t monitor all broadcasts through human eyes, it’s not really replicating the same full-service media monitoring iSentia can provide. Baume says iSentia has seen competition come and go over the years, and what’s allowed it to remain dominant is its significant investment in people to watch and listen to the news, and in infrastructure that allows it to capture a huge scope of Australian broadcast content. “There is a big infrastructure cost with full-service media monitoring, and that affects the price of the service,” he said. “But fundamentally, people don’t want any of their clips missed.”

But Meltwater is hopeful it’s increasing coverage will help it dent iSentia’s dominance. “Deals like this are the way forward for us,” Hickey said. “With the acquisition of AAP’s media monitoring service by iSentia recently, we felt it was clear the market needed optionality. So we’re trying to open up the market and provide the content that our clients are asking for — which is a really relevant competitor.”

“Obviously iSentia’s done really well for a long period of time. And their business is now expanding outside Australia. We feel like there’s still a significant opportunity in Australia. Not only in offering competition, but in helping transition the market to more modern forms of media monitoring … By being so focussed on online solutions, what we’ve got is a very scalable service. We can work with very small associations right up to big corporates.” And, Hickey said, Meltwater is well placed to take advantage of the industry-wide move towards real-time dashboards, which allow clients to monitor media coverage in real time instead of waiting for clips to arrive (iSentia also provides a real-time platform for clients).

The ACCC only reluctantly approved iSentia’s purchase of AAP’s media monitoring business in early 2014 after the wire told the regulator if the merger didn’t go ahead, it would close down its media monitoring arm anyway.“The ACCC does not expect that any new entry or expansion from existing competitors could rival the scale of either merger party in the foreseeable future. This loss of competition is regrettable,” ACCC chairman Rod Sims said this time last year. Whether Meltwater can dent iSentia’s dominance in a way that’ll keep the ACCC happy remains to be seen. But for the thousands of companies, politicians, government departments and lobby groups who pay big money for media monitoring, a bit more competition can only help.

Correction: An earlier version of this piece quoted iSentia’s Patrick Baume on the company’s infrastructure investment in people to watch the news. Baume informs Crikey that he was actually talking more specifically about the infrastructure to actually record huge amounts of Australian broadcast content. The piece above has been amended to better convey Baume’s meaning. A line has also been added to clarify that iSentia also offers real-time monitoring services.

How much the govt pays to get someone else to #buythepaper

They may have beefed up their content, but their customer service will need a triple bypass. Having been burned badly by this mob I would advise any PR manager considering engaging Meltwater to check the contracts very carefully and religiously keep all emails pertaining to winding up the use of their service. Meltwater promises the sun but only delivered me a bad dose of sunburn.