The Daily Telegraph's Miranda Devine and BuzzFeed's Simon Crerar have been caught breaking the parliamentary rules. But doesn't everyone do that anyway? 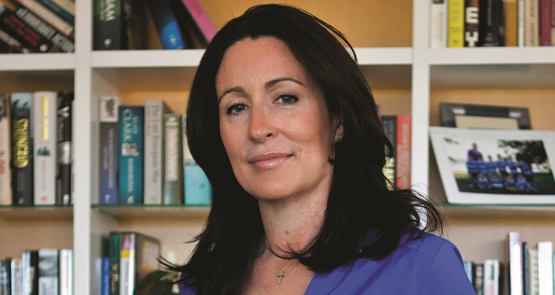 Monday’s spill-that-wasn’t had everyone in a tizz, with media organisations flying some of their non-resident media stars into Canberra to report on the excitement. And so far, two fly-ins have already flouted the rules of Parliament.

Daily Telegraph columnist Miranda Devine revealed in her column that she’d been kicked out of the press gallery on Monday.

“I was just sitting quietly with my colleagues just observing the politicians and jotting in my notepad. But eagle-eyed security guards across the chamber spotted the red lanyard around my neck, which is the mark of that new pariah of the press pack, the ‘escorted visitor’.

“Now I should explain here that we Sydney blow-ins who only go to Canberra at the last minute when a big story breaks, used to be issued with daily media passes. But these priceless ‘unescorted’ passes have been banned.”

Marched out of the press box and told she wasn’t allowed in the chamber with that type of pass, she was then told she couldn’t go back to the press gallery offices without an escort. “I was trapped in escort limbo until a nice passing AFP photographer took pity on me and escorted me to the office.”

It’s probably just a coincidence, she notes, that the rules, so efficiently enforced, make things harder for journalists.

Devine and her employer have plenty of experience navigating the press gallery’s media rules. But others with relatively less experience were able to get away with breaking the rules and live to gloat about it. BuzzFeed‘s Australian editor, Simon Crerar, went up to Canberra for the spill and wrote a post on the 55 things he learnt. One of them, he revealed, was that you couldn’t take a photo inside the chamber without a proper photography pass. He sneakily took one anyway, revealed to readers when they clicked through a blurred filter.

Fairfax federal politics editor Bevan Shields responded angrily, asking in a tweet whether “this disrespectful rubbish is the best [Crerar] can come up with”. Some press gallery journalists Crikey spoke to on background this morning said they could understand Shield’s anger, even if they felt it was somewhat overstated. Journalists are currently allowed to use mobiles and iPads in the chamber and trusted not to take photographs. Such obvious flouting of the rules can put everyone in danger.

Journalists cover Parliament at the pleasure of the Speaker. Access is seen as a privilege, and a long-standing set of rules, last updated in 2012, govern their conduct. The basic gist of the rules, a Department of Parliamentary Service spokesperson told Crikey this morning, is that there are public and private areas. The private areas are officially designated, and access to these areas is restricted.

The idea is that politicians shouldn’t have to fight through journalists to go about their day. This means filming/questioning politicians in the corridors, for example, is officially not allowed. During Monday’s spill, TV cameras were able to film from a designated area at the end of the corridor, but no further. But the rules often get flouted. The one about corridors regularly is, as long as the pollies being filmed or questioned don’t mind.

The most influential rules relate to photography. Only registered photographers are allowed to take images inside the parliamentary chambers, and Parliament House more broadly is divided into areas where photography and filming are allowed and areas where they are not.

Unescorted visitor passes were discontinued by Bronwyn Bishop as one of her first acts upon becoming Speaker, meaning visitors to the press gallery from the metropolitan bureaux need to have someone with them at all times. But that’s very difficult to monitor. Those with escorted visitor passes, like the one Devine used, aren’t technically allowed in the gallery without express permission from the Speaker’s office (it’s routinely given if one plans ahead). But they can often sneak into the Senate — “no one cares in the Senate,” one hack told us. And the Parliament House guards are generally accommodating to the regulars. They’re branded with yellow on their badges, and rarely have a problem. Unless they annoy a politician in some way.

During times of great political intrigue, the enforcement of the rules can get a little sloppy. On the morning after Julia Gillard was rolled by her cabinet, several journalists took photos of her and Wayne Swan sitting at Parliament’s Aussies Cafe, with the TV behind them showing Rudd being sworn in. The photos were widely published, leading to a gallery-wide reprimand from the DPS at the time.

The overarching guide to staying within the rules in the press gallery, several hacks said, was to not do anything to catch a politician unawares. But often, one hack mused, politicians will use the rules about where media can and cannot be to give the appearance of being ambushed to the public, even if they could in fact have passed by the media entirely unobstructed.

“Take politicians who come in through the car park,” one said. “They can go straight up to their offices, but if they want to be filmed, they have to come out, go around to the main entrance, and pass the journalists. It’s a ridiculous facade, and politicians use it purely for the cameras. The same things happen in spills. There are lots of ways politicians can pass through unnoticed in Parliament House, but sometimes they want to be seen.”

Tas press gallery up in arms over restrictive new guidelines

You almost had me there – for a moment I thought someone had gotten sense and given her the arse from the Terrorgraph – she writes such appalling shite!

Myriam, hidden among your verbiage re your ‘exciting’ headline I found Devine had acknowledged that, “It’s probably just a coincidence — that the rules, so efficiently enforced, make things harder for journalists.”
Takes away some of the hoopla ‘excitement’?

Hi Norman. Journalists don’t write headlines. Nonetheless, I don’t think the one on this story misrepresents what it’s about.

Gerryod, there’s a delightful irony (in light of your prose effort above) to find you criticising Devine. There’s an old saying that even a cat can look at a Queen; but in your case it’s not dissimilar to a quadriplegic mouse criticising an African Elephant’s ability to knock over a tree.

The phrase ‘storm in tea cup’ comes to mind. Admittedly that tea cup has had some gale force winds recently.