A ‘culture of fear’: how the hawks took over the Immigration nest

The Immigration Department has been taken over by hardliners whose focus is border protection. And it's ruffling a lot of feathers, The Mandarin journalist Stephen Easton writes. 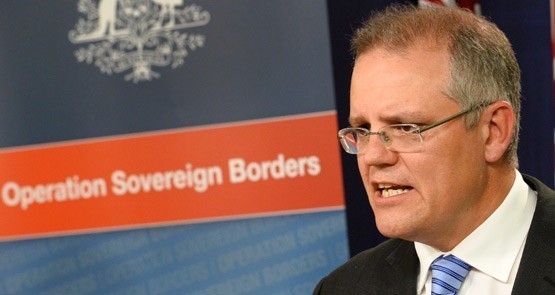 Highly experienced bureaucrats have vacated the Department of Immigration and Border Protection since its amalgamation with Customs began last year, amid mounting concerns within the department over how its mission has been recast by secretary Michael Pezzullo.

The extensive restructure coupled with a seismic shift in priorities — to place border protection ahead of nation-building through managed migration — was always going to cause organisational upheaval.

But as Crikey told you in December, there are signs confidence in the department is low among immigration bureaucrats, including some of Australia’s most committed and experienced experts.

Deputy secretaries Liz Cosson, Wendy Southern and Mark Cormack have all handed in their resignations — and been snapped up quickly by other agencies — since Pezzullo’s ascension last October. Not that either the departmental website or the federal public service online directory reflect that; both still list Southern and Cormack in their old positions.

“They weren’t willing to support the direction that the department was taking,” one person with intimate knowledge of the situation said on condition of anonymity, a contention backed up by several other credible sources. The brain drain “is continuing to happen in quite serious numbers, and this is quite serious senior talent,” according to the same source.

It is not known who is performing the key roles as the profound machinery of government change rumbles on — nor is the effect that such a dramatic loss of corporate knowledge and policy capability will have on the organisation that is set to emerge from its opaque chrysalis on July 1.

The department’s media team was unable to answer these and other questions from The Mandarin around exactly which and how many senior executives have decided to leave, who is performing their jobs, and when the various websites will be updated.

One well-placed source says the new mission of DIBP and its command-and-control leadership style, including a strict chain of command throughout the entire organisation, is not being received well.

“I think it’s counterproductive, and I think it’s totally inappropriate for Immigration,” the source said. “It might work for a small element in the compliance field or in the border operations, but to suggest that this sort of command and control, and this sort of heavily regimented, heavily structured, quasi-military, quasi-law enforcement atmosphere is needed in an area where you’re developing policy, where you’re delivering programs, where you’re interviewing people about their visas, is ridiculous.”

The Mandarin has heard of a “culture of fear” now pervading Immigration, much more restricted flows of information and unusual edicts such as to address certain staff members by formal titles rather than first names.

The introduction of fitness testing and drug and alcohol screening across the board is also raising eyebrows. A new integrity system that demands candid disclosures about the private lives of employees, over and above existing security clearances, has a lot of staff wondering why they enjoy less trust from their superiors than counterparts elsewhere in the Commonwealth. The business case for such efforts is unclear.

The portfolio has long been populated with hawks and doves — which some call the “light side” and the “dark side”. The hawks are now decisively taking over the nest, and pushing a lot of talent out.

Contributing to national security has always been part of the department’s job, along with carefully managing the economic and social consequences of migration, but there is a strong view within DIBP that its strategic thinking now comes from a defensive state of mind.

Arja Keski-Nummi, a former first assistant secretary who headed up the humanitarian and international division of the department from 2007-2010, says she’d look for the nearest exit if she were still in the department. “It’s a very big cultural shift,” she told The Mandarin. Keski-Nummi says it began with settlement services for new migrants being moved into the Department of Social Services, and the migrant English teaching program to Industry — changes that have also been criticised by former Immigration deputy secretary Peter Hughes.

“That,” Keski-Nummi said, “I thought was really disturbing. You could see that the current government does not, I just think they just actually don’t get it, to tell you the truth — and that’s being kind — about where Immigration sits, say, for business, for education and so forth, all of those sorts of visa programs.

“What I’m seeing happening is — just recently there was a restructure, and they abolished the refugee division completely. And as one person put it to me, they just needed to get the terms ‘refugee’ or ‘humanitarian’ out of the top structure chart. That is, you cannot anywhere now in the organisational structure see those words, which is a big cultural shift.”

Of course, that top structure and a full picture of the restructure is not public, which makes it difficult for academics like Keski-Nummi, a researcher at the Centre for Policy Development, and Hughes, a visiting public policy fellow at the Australian National University’s Crawford School, to contribute to any discussion.

“Morale is one part of it,” Keski-Nummi said. “The other is that when you take out such a large corporate memory, there are problems. Immigration is actually governed by a lot of rules and regulations; the legislation is very complex. And, from where I sit, an accident is waiting to happen … and while it may not be a Vivian Solon or a Cornelia Rau, something will happen.”

She adds that while a large proportion of Immigration staff do not work in compliance and enforcement roles, the message from the boss seems to be that security is the department’s main focus. That, she says, is why talented senior staff whose skills are wanted in other agencies, despite the hiring freeze, are taking the opportunity to leave.

“And it’s not just the senior ranks,” said Keski-Nummi. “People are looking to leave right across the board because they don’t like the message they’re getting. It’s not what they joined the department to do.”

*A version of this article was originally published at The Mandarin

Customs caught spying on calls and texts without warrants or records