Media buyers and analysts have welcomed Fairfax's entrance into a joint venture with The Huffington Post. Eating half the pie is better than having none of it. 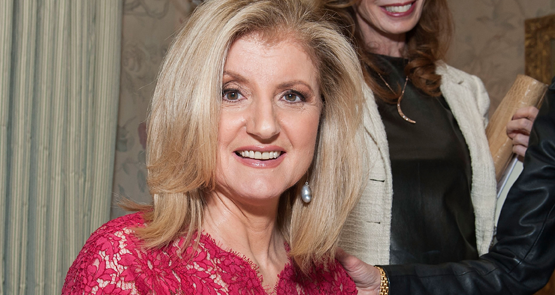 The Huffington Post has been talking about launching in Australia since 2011, but this morning’s news marks the biggest commitment to that move that we’ve seen. We’ve got a date, and in Fairfax, a joint-venture partner. From the second quarter of 2015, one of the world’s first and most successful digital publishers will come to Australia’s shores.

The deal was reportedly agreed to on last Friday in New York. Today’s Australian Financial Review carries a wealth of reporting on the imminent launch, but few details on how much Fairfax put into the joint venture (Crikey asked but received no response).  The commercial terms of the arrangement are confidential, and it’s not clear how much money Fairfax put into the JV. Another claim, that The Huffington Post had passed on a deal with News Corp, has been disputed by News Corp journalists on Twitter, though when Crikey asked News Corp the company’s spinner declined to comment.

The deal is much in keeping with the strategy of Fairfax chief Greg Hywood, who always discusses Fairfax’s future in terms of it leveraging its massive audiences and has, in the past, been willing to buy into or take a stake in the local editions of global news brands (Fairfax purchased Business Insider‘s Australian publisher Allure Media in 2013).

But could this cannibalise Fairfax’s existing audiences? If The Huffington Post has anything like the success of The Guardian or the Daily Mail in Australia — and there’s no reason to think it won’t — it’ll soon be one of Australia’s leading digital news publishers. If anything, The Huffington Post‘s target to be a top-five publisher in Australia in three to five years is conservative, given the success of similar outposts in recent years. Currently, Fairfax’s smh.com.au is neck-and-neck with news.com.au in the race for pageview supremecy in the Australian online news space. But the experts Crikey called nonetheless thought the joint venture was a savvy move for Fairfax, which now has half of a pie it would otherwise have no stake in.

“Does Fairfax want them inside the tent or as competition?” executive director of PwC Entertainment and Media Outlook Megan Brownlow asked. “There might be some cannibalisation, but at least this way Fairfax gets a bite of it in the end. Half the profits are better than none.”

For The Huffington Post, partnering with Fairfax allows it to better profit from its Australian readers from day one, says Mat Baxter, the chief executive of media buying agency UM Australia. “They’ll get in with local agencies and advertisers very quickly … which I’m sure is the thinking behind the JV.” Baxter is keeping an eye out for HuffPo‘s pricing, which he says will be premium given the highly educated audience The Huffington Post already attracts in Australia (The Huffington Post has 2 million unique Australian readers per month, founder Arianna Huffington told the AFR). But Baxter doubts it’ll get the rates the SMH does for online advertising, which are at the higher end of the premium range. “It is an appealing demographic to advertisers, so it’ll be premium, but the question is how premium. I’d be surprised if they can get more than The Sydney Morning Herald does.”

The Huffington Post has been embarking on a global expansion project in recent years. It’s currently in 13 countries and is now eyeing China. Australia is a base from which global publishers can plan a pivot into Asia, Brownlow says. But it’s also an attractive destination in its own right. The dominance of English in Australia means global outlets can set up local editions with minimal investment, as several publishers like BuzzFeed, Mashable, and the aforementioned Guardian and Daily Mail already have. The Huffington Post reportedly plans to hire 12 journalists to start with — hardly a large investment for a global media company. Australia is a cost-effective way for global publishers to make a buck. And its pool of online advertising is growing very, very fast. “It’s the fastest-growing sector despite also being the largest sector,” Brownlow said. “We expect 40% of the advertising market to be online  by 2018, at an average growth rate of 9.8% a year … The money is coming out of traditional media — particularly newspapers but increasingly television — and going onto the internet. And because Australia is a wealthy country with wealthy, highly educated consumers, it’s a big bucket.”

For Australian news consumers, Baxter says, The Huffington Post will bring an editorial sensibility that is far more “progressive” than that of any other mainstream publisher in the Australian landscape. “The Guardian is progressive, but still somewhat traditional in its editorial style. The Huffington Post, on the other hand, is famous for its progressive agenda. It has lots of content on LGBT issues, for example, and take an unapologetically American ‘liberal’ outlook on issues and in tone. That’ll resonate with a certain proportion of the marketplace.” Because of this left-wing editorial sensibility, Baxter adds, perhaps HuffPo will complement rather than cannibalise Fairfax’s readership. Fairfax’s own mastheads are relatively more conservative.

The Huffington Post is likely to also escalate tensions between Australian publishers over online aggregation. The publishing model of lifting quotes and information with attribution to an original source is common overseas, but last year it raised the ire of News Corp when the Daily Mail Australia began aggregating its tabloid content. The Huffington Post is famous for its aggregation, as well as for not paying its opinion contributors (a model founder Arianna Huffington defended on her visit to Australia last year). However, HuffPo has in recent years invested in more high-brow journalistic practices, winning a Pulitzer prize in 2012 for an eight-month investigation into the lives of wounded veterans and their families.

Fairfax’s share price fell heavily at the open today, down nearly 10% to 87 cents. But this might have more to do with mining magnate Gina Rinehart selling her 15% stake in the company rather than the Huffington Post joint venture.

Hang on a snippet. News media calls win over tech giants too soon