Why a key independent chose to back Palaszczuk 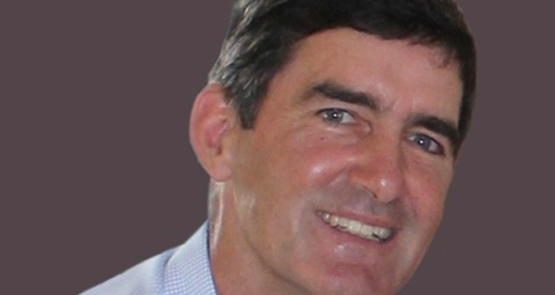 Nambour doesn’t much look like the centre of anything. Today, it’s drizzly and muggy and looks unhappy. This week, however, it sits in the middle of the power play that has gripped Queensland politics since the January 31 state election. In his office on Currie Street, the re-elected independent member for Nicklin, Peter Wellington, ponders why he lumped in with Labor and lifts the lid on some of the deals floating around the back alleys of the debate. He claims some of the offers were well outside the bounds of good governance and justifiable policy.

On his decision to back Annastacia Palaszczuk’s ALP, he tells Crikey it was all policy. He simply could not support asset sales, the current culture of political donations, the dilution of the Crime and Corruption Commission and other core bugbears.

“There were no deals. I had common ground with Annastacia and her party on a whole range of these accountability and integrity issues.”

And it’s a little personal. “Yes, [the LNP] has taken asset sales off the agenda … but apart from Premier Newman and [former police minister] Jack Dempsey, everyone else who were in the Campbell Newman leadership team are still there.”

“I wasn’t able to support the LNP as an alternative because all those people are still there. Even if they’re sitting on the backbench I believe they would still have the capacity to influence.”

So no deals? Really?

A letter from Palaszczuk to Wellington’s office lists 22 issues on which degrees of commonality are found. Some of these, like developments at Halls Creek or rail and hospital upgrades, fall directly within Peter Wellington’s bailiwick.

In relation to broader issues like the bill of rights and improving the committee review system, he says: “She’s taken on a request that I raised.”

By way of supporting his case, he tells me he knocked back seemingly out-of-bounds deal offers from the LNP. He tells me he had offers from LNP operatives promising “anything and everything”.

“I had one offer from one person who was lobbying for one candidate to be the leader of the LNP. ‘We can give you your duplication of the railway line to the Sunshine Coast [essentially an upgrade of the moribund rail run from the coast to Brisbane] and look at the all other projects that you might want that we can deliver.'”

“The person who put that to me knows very well that the cost of duplicating the rail line to the Sunshine Coast is such that a state government could not afford to do it on its own.”

This is a member who has been returned to Parliament in the latest election, a cabinet member in the Newman government.

The current state of play is that former health minister and recently ascended LNP leader Lawrence Springborg is the designated crossbench negotiator for the LNP. Peter Wellington makes clear these deals did not come from Springborg and was “from other people behind the scenes”.

“That’s not the way I operate … It’s exactly the same style Campbell Newman ran when he ran Queensland and promised everything.”

“It showed to me a sense of desperation,” Wellington said. “Good governance grounds” and “a needs-based assessment” were absent from decision-making.

“The only criteria was: what can we give Peter Wellington? “I’ll remember that til the day I die.”

The member for Nicklin argues this is a sign of disunity in the LNP in the wake of the election defeat and an attempt to unbalance leader Lawrence Springborg.

“It seems to me a strategy to undermine Lawrence [Springborg].”

What is coming for Queensland is hard to know. Some are suggesting there has never been an election quite like this one. Peter Wellington has been here before. His was a crucial vote to get then ALP premier Peter Beattie over the line in 1998, which, he says, showed how a tight Parliament can work.

“We got good laws,” he recalled. “There was real debate and every vote counted.”

Roo from the Bush

Interesting article as it shows the useful role that independents can play in helping to “keep the bastards honest”. Maybe we need more independents? I could vote for Turnbull as an independent but not as a leader of the increasingly extreme right LNP!

Mercifully, a Palaszczuk government won’t be reliant on a Palmer United puppet.

Ideally there would be nothing BUT independents.

Just as long as they are not a Party of Independents – kinda defeats the point.
I’d always prefer an naive/inexperienced Independent to a Party reptile.