Murdoch's empire's inability to adapt to the changing digital landscape is hurting shareholders -- but Rupert is curiously silent. 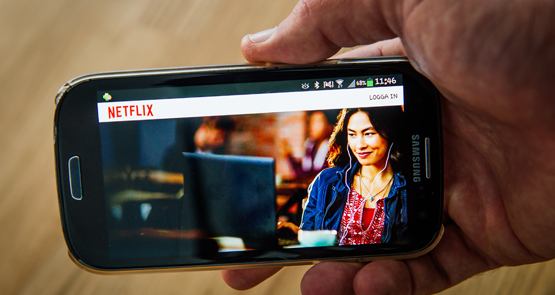 A triumphal “Gotcha” or a quivering Bambi? Take your pick.  After this week’s fourth-quarter earnings report, 21st Century Fox is under pressure from a sudden weakness in its once-solid TV business as the growing competition to broadcast media from the likes of Netflix comes a-knocking on the company’s profit and loss account.

In the favoured cliche of US business writers Fox is confronting a ‘perfect storm’ in its weak ratings, poor management, ageing programming and disenchanted advertisers have run into the rapid rise of streaming video, especially SVOD (streaming or subscription video on demand). There’s the Netflix model, there’s the broadcast TV model being pioneered by CBS, and there’s the cable TV model on the net being pioneered by the Dish TV network and Sony (including its Playstation system). And then there’s Fox and Fox TV stuck in the old model of-free to-air broadcasting and its money machine, the cable TV, unable to make a decision about how to respond to these models.

Comments in the news media, along with the impact of the higher dollar, saw some downgrades for the stock from US analysts — FBR Capital Markets downgraded Fox shares to market perform from outperform, Rosenblatt initiated coverage with a sell rating, and while Topeka Capital Markets maintained its buy rating, it cut its target price as well (which is a backhanded way of downgrading the stock).

And to think that at one stage, Fox had an idea with its investment in the Hulu TV replay business with Comcast. Comcast has reportedly blocked attempts from Fox to push Hulu into the streaming space to protect its huge cable business, as well as NBC.

SVOD is leading the way: besides Netflix, CBS, Sony and Dish, HBO says it is starting a service shortly. Disney is looking at streaming some of its huge pool of content, especially movies, and in Australia Fairfax, Nine, Seven and Foxtel are offering or will offer their own versions. As a result of the pressures and growing competition from new digital platforms, around half a billion US dollars in profits are expected to be lost in the 2015-16 financial year, trimming the forecast profit from US$8 billion to US$7.5 billion.

In Australia the Ten Network has its Tenplay service, but it’s not a subscription streaming video service like its FTA rivals. So the Murdoch clan’s unwanted local associate is also being left behind by Nine and Seven and the ABC (not to mention SBS), which all offer streaming services of some kind, morphing into clones of the Netflix model. And Netflix is approaching, with start-up here and in New Zealand tipped for March 31 (it announced this week it will enter the Japanese market this year as well).

But if Foxtel can link with Seven for the Presto streaming service, and Sky in the UK having its biggest inflow of new subscribers in nine years in the December quarter — mostly for its streaming service — why hasn’t the US parent company and its board gone down the same route as the colonies have?

But it was the comments from chief operating officer Chase Carey which changed the game for Fox and sent its shares lower, with that shock forecast of a profit drop in 2015-15:

“Our broadcast business is not where we expected it to be at this time” due to weak ratings and ad sales,’ he said. “ The company will increase its spending on programming.”…“The next year will be a period of stabilizing that business and putting it on a path to grow.” Even so, as he looked ahead to 2016, he said he expected “the same themes to continue.” In other words, costs will rise and profits will be crunched by the extra spending and lower income. Bad news to investors accustomed to hearing good news from Fox.

Carey added in the teleconference that he thinks “we’ve turned the corner with a new network management team who inherited our current broadcast issues, but has brought fresh momentum and energy to the business.” He said that while he’s “excited about new hits such as Empire and Gotham as well as a new slate of event programming.”… “it will take a time” for investments in new shows to lead to profits.

And then there’s the new technologies and their challenge and the impact they are already having:

“It’s fair to say that this trend recently has been a bit faster than many expected. These issues will put short-term pressures on our business but represent longer-term exciting growth opportunities … “We anticipate the industry trends impacting advertising will be slightly larger than previously expected, as both advertising and viewership continues to migrate to digital platforms,” Carey said.

“It’s fair to say that this trend recently has been a bit faster than many expected. These issues will put short-term pressures on our business but represent longer-term exciting growth opportunities … We anticipate the industry trends impacting advertising will be slightly larger than previously expected, as both advertising and viewership continues to migrate to digital platforms.”

In other words, one of the cleverest media executives in the world has admitted, for the first time, that the new net-based video services have started making a financial dent in one of the world’s major free-to-air broadcasters. How long is it before these businesses start impacting Fox’s profit machine in its cable businesses? Also unexplained is why the Fox board has allowed this situation to develop in Fox TV — if Chase Carey can articulate the challenges, why wasn’t something done? And where are the Murdochs, especially the trio of experts in all things media, Rupert and sons James and Lachie?