The Reserve Bank has downgraded its forecasts for the Australian economy, showing why it's critical that a new treasurer be someone voters can trust, Glenn Dyer and Bernard Keane write. 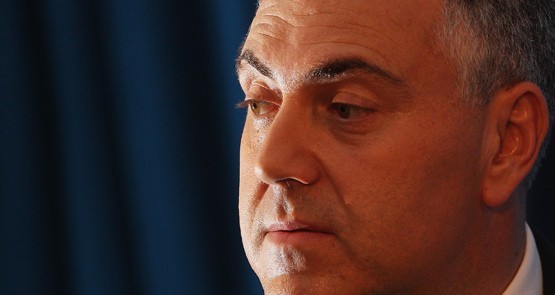 If Australia has a new treasurer next week, he or she will have to contend with an economy that has slowed noticeably under the stewardship of Tony Abbott and Joe Hockey.

In its first Statement of Monetary Policy for 2015, issued at 11.30am today, the Reserve Bank fleshed out the reasons for Tuesday’s rate cut and, without mentioning names, made it clear the cut was in response to a slowing in the domestic economy, worsened by the fall in commodity prices (even though export volumes have continued to surge). And the biggest negative for the domestic economy last year was the May 2014 federal budget and the partisan shocks it contained that flattened domestic demand, especially in retailing.

The bank has cut its GDP growth estimates (described as “the near term”) and lowered its inflation forecasts accordingly, by around a quarter of a percentage point. The main story is that the rebound in the economy from below-trend growth that the bank had previously expected to start later this year has been pushed out to late 2016 or early 2017, about a year later than it was estimating for much of last year. The bank is now expecting 2015 GDP to grow in a range from 1.75%-2.75%, down from the 2%-3% forecast in November’s statement.

However, that downgrade saw the Aussie dollar actually jump half a cent to around 78.60 US cents because the market had feared bigger cuts. In the RBA’s view:

” … over recent months there have been fewer indications of a near-term strengthening in growth than previous forecasts would have implied. Hence, growth overall is now forecast to remain at a below- trend pace somewhat longer than had earlier been expected. Accordingly, the economy is expected to be operating with a degree of spare capacity for some time yet, and domestic cost pressures are likely to remain subdued and inflation well contained.”

The RBA is also continuing to insist the dollar is too strong.

“In addition, while the exchange rate has depreciated, it remains above most estimates of its fundamental value, particularly given the significant falls in key commodity prices, and so is providing less assistance in delivering balanced growth in the economy than it could.”

Lower growth means the bank expects unemployment to hold up.

“The slightly weaker outlook for GDP growth in the near term implies that the unemployment rate is likely to rise a bit further and peak a bit later than earlier expected, before declining as growth picks up to an above-trend pace.”

Just who the treasurer will be, in the event there’s a Turnbull government next week, or in the months following, is an important question. Most discussion centres on Scott Morrison, intended as a sop to the Right of the party for what would in effect be a reversal of the reactionary putsch that removed Turnbull in 2009.

But the RBA statement illustrates why the choice of treasurer has far wider ramifications than satisfying personal and factional honour within a divided political party.

The substitution of Turnbull for Abbott will at least provide some basic certainty for business — though not if he runs to an election straight away — and will likely provide consumers with a confidence boost. Turnbull is a far more popular figure than Abbott with appeal across the partisan divide. But the economy needs a short-term confidence boost, and that’s where the selection of treasurer becomes important. Courtesy of Abbott’s idiotic partisanship, we currently have a new head of Treasury who is yet to find his feet. A new treasurer and a new Treasury secretary at one of the more critical junctures in Australia’s economic fortunes in recent years is an alarming prospect. Morrison does have an economics background — he studied it at university — but is a deeply polarising figure who will carry the profound antipathy of many progressives into the treasurership. His communication style is also profoundly abrasive and he appears to have an abiding hatred of transparency — all bad news for a treasurer who needs to provide reassurance to both business and consumers.

Andrew Robb would be a better prospect. He’s one of the few ministers who have performed creditably in the Abbott government, as Trade Minister. He has a very strong economics background, and he has forged good international connections in the last 18 months. Many of course complain that he’s not the most charismatic figure. Certainly, Morrison would have more “cut-through” than Robb. But the economy needs a steady hand and reassurance now, and Turnbull can be the cut-through man while Robb projects substance. Hawke and Keating or Howard and Costello it ain’t, by any means, but Wayne Swan demonstrated that even without any Keatingesque flair, you can do an impressive job of guiding an economy through rough waters (neither Swan nor Robb will like this comparison, but there it is).

Yeah, but isn’t Andrew Robb a partisan rightist along the lines of Hockey, more interested in ideological dribble than good economic policy.

Won’t he just go harder on the unemployed, the poor and university students while leaving the wealthy, the negative gearers and the superannuation opportunists laughing.

Don’t they have anyone other than Malcolm?

I can’t believe you guys. Last year’s budget was “the biggest negative” due to “partisan shocks”???

What are you guys on? Ah that’s right. You’re breathing the scant rarefied air of the moral high ground. Australia’s declining terms of trade is the big story. The collapse of coal and iron ore prices in particular have had a massive flow through on the economy. But you can’t say that of course. Not after years of saying that the resources boom has not helped the Australian economy but enriched foreign mining companies.

That’s the problem with the left. Absolutely no objectivity at all to show through the inner urban elitist bullsh*t.

Good grief, the budget measures have not got through the senate and everybody is in a spending funk because Joe wants to end the age of entitlement?

Give me a break.

I am a big fan of Turnbull (despite his Godwin Gretch stuff-up) but I fear that he will be undermined and back-stabbed in the same way Gillard was because his views are at odds with a large section of his party on issues like climate change, IR, gay marriage, Medicare and the Monarchy.

So he will spend his time looking over his shoulder to see whether Abbott is coming at him, or else he will just knuckle down and abandon his principles which will see him becoming one of ‘them’ (another neo-con).

The DNA of the Libs is made up of a quest to reduce Medicare to the level of a ‘last gasp’ option and to eliminate any power that working people have to negotiate from a position of strength. In addition, the vast majority of Libs are climate deniers or skeptics and Malcolm will find himself trying to drag them into reality.

I wish him the best of luck, but I fear that this won’t end well for him – or us!

None of them are suitable to be in government – full stop!
Let’s have an election so the next treasurer can be Chris Bowen – or someone with a brain, at least!!
Andrew Robb? The minister who has just sold our sovereignty down the river with his putrid free trade agreements, and now wants to make it worse with the TPP?
Give me a break!!!
What are you lot inhaling/ingesting in the Crikey bunker???