Crikey clarifier: is it time for term limits?

Clive Palmer thinks Australia's "shallow political gene pool" would be better diversified through the introduction of term limits. Is he onto something? Crikey intern Rowan Forster weighs the pros and cons. 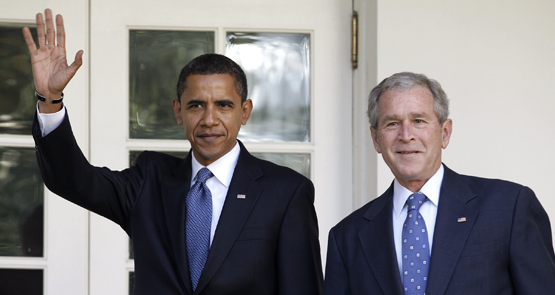 Clive Palmer recently told ABC 774 he would support fixed term limits on MPs as a remedy for what he calls a “shallow gene pool” in federal politics.

Given the current instability of the federal government , some kind of reform might be just what the doctor ordered. We spoke to some political experts in order to better understand if term limits would nurture an ailing democracy, or harm it further.

What are term limits?

A term limit is a legal restriction that limits the amount of time an individual can serve in a particular elected office. Term limits are generally used for powerful positions like heads of state and heads of government. They can relate to either the number of terms a public figure can serve or how many consecutive terms they can serve. Most term limits are fixed, meaning elections have guaranteed dates and are not called at the leader’s discretion.

Where are they used?

Government term limits are active in many countries, including South Africa, Egypt, China, India, France, Brazil and the United States. In Australia there are no limits on leadership terms; prime ministers are free to serve as long as they can stay elected. The implementation of term limits in Australia would require a referendum.

Could they improve current Australian politics?

Term limit campaigners say placing limits on elected leaders would make them more concerned about the welfare of their country rather than their re-election. They believe limits are the most appropriate measure to prevent dictatorship, abuse of power, and party domination. As Mark Twain summarised:

“Politicians are like diapers; they need to be changed often and for the same reason.”

Palmer says term limits would generate an “out with the old, and in with the new” mentality within federal government. In the long term, he argues, it would create a level playing field and diversify the Australian political landscape.

Australian political scientist Haydon Manning says nothing will simply fix the political issues we see today, but he tells Crikey that Palmer’s initiative looking to finesse the system is commendable.

“I always think there’s a benefit to asking questions about the way in which we elect our parliament and the length of parliamentary terms. We have an ongoing history of reforming and finessing, and it’s great he’s looking to do so, but I don’t think limiting terms is as high of order as other issues,” he said.

But could they make it worse?

Although term limits can prevent an individual from amassing too much power, they can also remove effective leaders for no justifiable reason, opponents of term limits say.

Australian political researcher Clement Macintyre told Crikey that a proposal of term limits in Australia “would be a disaster.”

“I think it’s a silly idea. Some of the most significant contributions to Australian politics have come from people who have served long terms in Parliament,” he said. Macintyre adds that if anything, fixed term dates alone would be more appropriate.

“It removes the capacity for a prime minister or premier to call an election at a time that suits them. It forces them to plan their campaign more carefully, and it adds a level of fairness.”

What about Palmer’s ‘shallow gene pool’?

Macintyre says that there is a limited Australian political class, and that it has not done “the standard or integrity of politics any good.”

“While it’s needed for transparency, people see how intrusive it  is on private life, and it turns people away from the profession. We see more people who are young and are completely embedded into the system, whereas a generation ago, people made a career for themselves until they were in their 40s or 50s, and then went into politics,” he said.

Manning says in years gone by governments were “better able to tap into opinion in the community” because politicians came from “more diverse backgrounds.” He points the finger at parties and the media for the lack of diversity.

“It’s probably worse on the Labor side because they tend to draw [their members] heavily from working for a union or working in the minister’s office, but probably the biggest concern is ‘gotcha’ journalism, which puts off a lot of good people, with good ideas, that would otherwise run for office.”

Well Palmer is a classic example of the shallow gene pool in politics. Term limits would still see him in parliament.

What was the Russian limit per customer, before “Putin on the fritz”?
They couldn’t limit Junior Bush to one term either.

What about if some of the Faulkner reforms were implemented and local branch members actually had a say in preselection of candidates or the direction of party policies? I guess we’d just see branch stacking via proxy votes. Some turds just won’t flush.

Pity the term limit in the Benighted States didn’t apply to scions – the world would have been saved much trial & tribulation.

Anybody for a term limit for Australia’s Head of State, ie QEII?

Or, perhaps, for the whole Danish/German/Greek British Royal Family?