The digital news outlets beyond the Press Council’s reach

The Guardian and the Daily Mail are increasingly central to the news consumption habits of Australia. But neither body is covered by the Press Council -- a problem its outgoing chairman says might lead to a rethink of the Press Council's role. 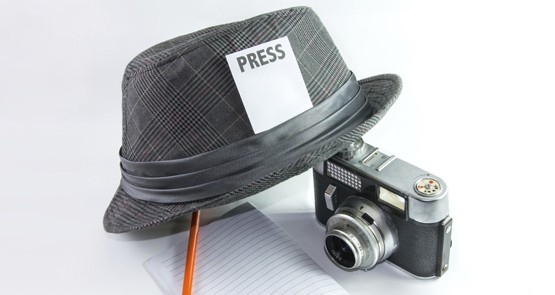 Outgoing Press Council chairman Julian Disney says he wants more digital news outlets to join the Press Council. And while the print media ombudsman can boast adding publishers like NineMSN, Mumbrella and Private Media (publisher of Crikey) to its fold in recent years, a notable absence has been the addition of the overseas-based digital outlets that have set up shop in Australia over the past few years.

According to December’s Nielsen online news rankings, both The Guardian and the Daily Mail, which have head offices in London, are among the top 10 online news sites visited by Australians. Some months, the BBC sneaks in there too — it set up an Australian homepage and hired an editor to run and commission for it last year.

The Press Council is overwhelmingly funded by Australia’s two major print publishers — News Corp and Fairfax. But The Guardian and the Daily Mail are increasingly dominant in the newsreading habits of Australian readers, and yet aren’t covered by either of Australia’s media regulators, the Press Council or the Australian Communications and Media Authority, the government body that regulates broadcasters. Speaking to Crikey yesterday after his Press Club speech, Disney acknowledged the gap in coverage was not ideal. Discussions with these publishers to enter the Press Council, Crikey understands, are either at very early stages or non-existent.

Part of the problem with both The Guardian and the Daily Mail is that their UK headquarters have in recent months been preoccupied with deciding whether or not to join the Independent Press Standards Organisation (IPSO) a brand-new and highly controversial media regulator set up in the wake of the Levinson inquiry. Membership is voluntary, and publishers like the Financial Times and The Guardian have announced plans to set up their own internal processes instead.

This has understandably distracted Australia’s British-based publishers from giving much thought to the Press Council. But even if they were to consider it, there would be hurdles to overcome.

Traditionally, the Press Council has operated on the principle that Australian publishers should be held responsible for their republication of things produced overseas, like wire copy or republished stories. “Our view in the past has been that an Australian editor can’t publish something from AFP, for example, and then wash their hands of it,” Disney said. But with global websites where the Australian editors are unlikely to have any influence at all over what gets published by their overseas counterparts, the principle makes less sense than it did for something like a newspaper.

One solution to this, Disney said, is a far greater level of international cooperation between national press regulatory bodies. But this becomes more difficult the more diverse the origins of the publishers operating in Australia. Many countries do not have a body directly equivalent to the Press Council. This year, for example, is expected to see the launch of the Huffington Post in Australia, which operates out of America. And Business Insider, published through Fairfax-owned Allure Media, is already the most-read business website in Australia, largely off the back of the content it produces in America. Buzzfeed and Mashable are already here and growing quickly, reporting on a mixture of news and entertainment content.

The American press is traditionally less bound by regulation than that in the UK or Australia but, Disney says, some publishers voluntarily adopt far higher standards than are the norm here. “There’s such huge variation in the United States,” he said. “For example, The New York Times has very vigorous internal standards for dealing with complaints. But there’s no uniform pattern.”

“We are also keenly interested in the broader issue you raise as to the difficulties in ensuring adherence to standards of good practice in journalism when a story may originate in one jurisdiction and be transmitted all around the world,” a Press Council spokesperson told The Guardian, which published the statement in a long column by its reader’s editor on the issue.

Speaking to Crikey yesterday, Disney said he was pleased with how the issue was handled, describing the reader’s editor’s response as detailed and thoughtful. Where publications are willing, he says, there’s nothing stopping the Press Council from alerting them to complaints it receives about them. “We can just refer it to them, or we can ask whether we can look into it for them. We can have that informal interaction.”

In the long-run, Disney says, it may be necessary to reconsider the Press Council’s role entirely. It might better serve readers by operating as a sort of overseer of complaints processes handled internally by media organisations, ensuring a level of transparency about the process, while coordinating with its overseas counterparts where appropriate.