Watermark coal mine approval fires up just about everyone

Farmers, greenies and even Alan Jones are out for blood over the controversial Liverpool Plains mine plans. 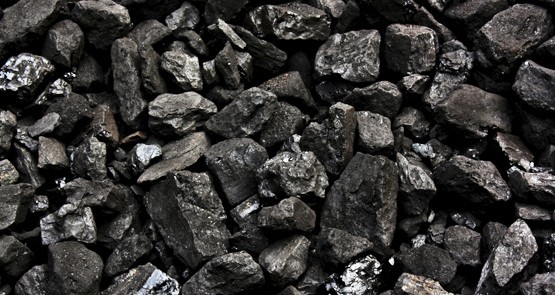 Years of controversy have dogged the Maules Creek coal mine in the Gunnedah Basin of New South Wales — subject of protester arrests including Wallaby David Pocock, the infamous Jonathan Moylan email hoax, a mysteriously lapsed criminal investigation into the integrity of proposed biodiversity “offsets”, and Independent Commission Against Corruption scrutiny of related political donations. But all that could pale in comparison to the stoush that is brewing over Chinese coal giant Shenhua’s $1.2 billion Watermark coal mine, in the fertile Liverpool Plains, which got the nod last week from a Planning Assessment Commission panel chaired by former public service commissioner Lynelle Briggs.

Retired independent member for New England Tony Windsor told Crikey yesterday that for the farmers of the Liverpool Plains, the campaign to stop the Watermark mine — and BHP’s neighbouring project at Caroona — was as significant as the green movement’s campaign to stop Tasmania’s Franklin Dam in the 1980s.

“The Liverpool Plains has got the brand. Put this and the BHP mine together over the biggest groundwater system in the Murray-Darling Basin … it’s going to be a real rallying point.”

Windsor was driving from Tamworth to Uralla (to check out the town’s waste-to-energy project) with Palmer United Party Senator Dio Wang. Wang was instrumental last year in saving the so-called “water trigger” under the Environment Protection and Biodiversity Conservation (EPBC) Act, which provides for a federal assessment of large coal and coal seam gas projects by an Independent Expert Scientific Committee (IESC) established under former prime minister Julia Gillard by agreement with four state governments, including NSW. The Abbott government wanted to hand back all environmental approval responsibility to the states but was blocked in the Senate.

The Watermark open-cut will not actually dig up the fertile black soil of the Liverpool Plains, mining into the hills instead — but the surface and groundwater flows are connected and farmers don’t put much faith in the fine distinction. Last year the IESC’s advice listed a string of deficiencies in the groundwater modelling that had been done and warned: “the proposed project is likely to enhance the risk of salinity in the region. The project is likely to result in salinity impacts from overflow of water storages, seepage from the backfilled and proposed open mine voids, connectivity between the alluvium and Permian strata and the removal of woodland from the proposed project site.”

In public hearings the PAC heard plenty of concern from local farmers and others but, after obtaining additional modelling, felt satisfied that the project “impacts on water would be relatively small and acceptable, with groundwater drawdowns well within levels permitted by the NSW Aquifer Interference Policy”.  The ball is now in the court of federal Environment Minister Greg Hunt, who now has 30 business days to make a final decision, with a deadline of March 13, according to a departmental spokesperson.

Hunt has backed every large coal project before him so far, including the world’s largest, Adani’s Carmichael mine in Queensland’s Galilee Basin, now looking more vulnerable than ever after Saturday’s massive voter backlash against the Newman government. But the timing of the Watermark decision could hardly be more sensitive with the NSW election due on March 28. Broadcaster Alan Jones, who has repeatedly taken up the cudgels on behalf of farmers in NSW and Queensland as they fight to “Lock the Gate” on unwelcome CSG and coal projects, has already weighed in, interviewing Tim Duddy, the president of the Caroona Coal Action Group.

Jones issued an ominous warning, putting the Coalition on notice: “Someone better start learning very, very, very quickly in NSW the Queensland lesson or in a few weeks’ time there will be real problems for the Baird government”. Jones said there should be no mining on the Liverpool Plains, which “should be ring-fenced. Simple. Nothing.”

NSW Premier Mike Baird and his Deputy, Nationals’ Leader Tory Grant, flew into Tamworth yesterday — and later flew on to officially open Maules Creek, enraging Lock the Gate — and sought to calm the horses over Watermark. “Obviously not everyone is going to agree with every decision,” Baird told reporters, “this one has been approved, but it has been done at arm’s length and through an independent process. I understand the concerns, and we are doing everything we possibly can to protect the black soil on the Liverpool plains.”

Watermark is also a test for the Abbott government, and puts Hunt on a collision course with Deputy Nationals Leader Barnaby Joyce, who won Windsor’s seat after his retirement from politics. Windor says Joyce has told constituents he is opposed to the project, but powerless. Windsor disagrees: “Joyce could stop it if he wanted to.”

A countervailing, powerful interest is the Chinese: Windsor says Shenhua have lobbied relentlessly for the Watermark project and there was “no doubt this was discussed in terms of the free trade agreement”.

Dio Wang met with farmers in Tamworth to discuss the Watermark project this week and told Crikey yesterday they were clearly opposed “and I’m supporting them because we can have a coal mine somewhere else but the Liverpool Plains … there’s only one of it in Australia.”

Wang said farmers felt the PAC had “cherry-picked the good bits from the IESC report, to suit their purpose” but the federal government should seriously consider the concerns raised in the report, particularly the risks to groundwater supply: “If the farmers lose that water, we’re going to lose the Liverpool Plains.”

Shenhua has invested massively in the Watermark project since 2008, when it paid a record $300 million to win an exploration licence, in a tender overseen by disgraced former Labor resources minister Ian Macdonald, and has paid over-the-odds to buy up neighbouring properties totalling almost 20,000 acres as part of a major charm offensive — which this week even included luring Socceroos hero Tim Cahill to play for the football team it sponsors. On top of those sunk costs, Shenhua faces a $200 million payment to the NSW government if the project is approved, so it has spent well over half a billion dollars before new railway lines are built to the mine or a single hole is dug.

The market environment could hardly be less supportive of a new, expensive, controversial coal project outputting another 10 million tonnes a year. Watermark aims to produce a majority of semi-soft coking coal — like Maules Creek — but the falling prices have closely tracked those of thermal coal, now believed by many to be in permanent, structural decline. Watermark product is destined for China, where coal use is peaking, falling 2.5% last year as the government announces new measures to limit air pollution and combat climate change. Shenhua’s Hong Kong-listed shares are trading down. In its public meeting last year, the PAC heard evidence from the Institute of Energy Economics and Financial Analysis’ Tim Buckley that the Watermark project could already be stranded — uneconomic at current and future coal prices.

Buckley told Crikey that “independent financial modelling of the Watermark mine by industry consultants showed the project has a negative net present value, even assuming a return to more bullish coal prices than many analysts expect”.

The falling Australian dollar might not help because, as Buckley points out, Russia’s currency has fallen even harder than ours, halving in the past six months making exports from the world’s third-biggest supplier of seaborne coal more competitive. “It’s a real game-changer,” he said. “They’re going to flood the market in 2015.”

Watermark, like Maules, looms as another economically irrational, climate-wrecking coal project approved under a cloud, angering farmers and greenies alike.

Dio Wang wants the federal environment minister to take on board the concerns of everyone from the IESC to the local farmers: “I don’t think it’s too late. If politicians have short memories, they should remember what just happened in Queensland. You’ve got to listen to the community.”

The story behind the Chinese miner’s land deals here

With coal mines shuttering, why is Whitehaven betting on Maules Creek?

Thank you Paddy,
Always interesting to hear detailed reports from the environment front lines.
We live in interesting times indeed; one term governments falling, alliances between what were opposing forces not than many years ago (Jones & farmers vs greens and greenies). It is good to see battle lines being drawn in the insanity of destroying long term sustainable farming land for short term destructive coal mining.
Of course team member Hunt will approve the mining, he lacks the integrity and common sense to know the world is changing and the COALition’s slavish adherence to old energy is Australia’s economic undoing.

The moderator is asleep at the wheel