Personal rivalries and a war of recrimination have worn away the public's patience with the police -- and Martin Place didn't help. 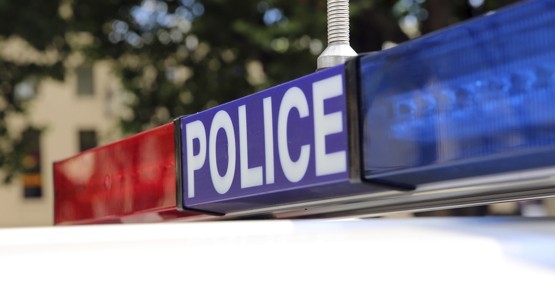 A war of recrimination has broken out in the hierarchy of the NSW Police Force, with long-suppressed grievances and personal rivalries suddenly erupting.

In the next 48 hours an all-party committee of upper house MPs will hear the final witnesses in a brief but dramatic inquiry into catch-all bugging warrants issued to internal affairs police in 2000.

The warrants became a weapon for one faction to mount phone interception surveillance on more than 100 senior police officers in rival factions.

The police commissioner at the time was Peter Ryan, an import from London, who was given the task of cleaning up the force in the wake of Justice James Wood’s royal commission into police corruption.

Then-police minister Paul Whelan, who retired from the portfolio in 2001, has never publicly commented on the electronic surveillance of his frontline commanders by other police. And he has given no indication that he will break his ALP code of silence now.

The warrants, issued under the Listening Devices Act, were approved by NSW Supreme Court judge Justice Virginia Bell, who now sits on the High Court of Australia in Canberra on $420,000 a year.

Inadvertently, the bugging warrants led to the ruin of the careers of dozens of police officers, halting their promotion prospects.

Over the years numerous internal inquiries have been held but not made public, and no one has ever been held accountable. Although the original invasion of privacy and breach of trust occurred on Labor’s watch when Carr was premier, the Coalition has maintained the secrecy and cover-up. When it comes to the scandal of the phone-tap warrants, Liberal and Labor politicians, the judiciary and the police are of one bipartisan mind.

There is perhaps one exception. Troy Grant, the Deputy Premier and new National Party Leader, is a former senior police officer who has taken a keen interest in the internal affairs surveillance operation and its catastrophic impact on the career of senior officers, many of whom were his early role models.

Two-term NSW Ombudsman Bruce Barbour will testify before the MPs’ committee today and Police Commissioner Andrew Scipione, and two of his former deputies, Clive Small and Mal Brammer, will appear tomorrow (Wednesday) to give evidence.

Last week two rivals to be the next police commissioner, assistant commissioner Nick Kaldas and deputy commissioner Catherine Burn, gave no-holds-barred evidence of the injury that the warrants scandal had brought to their careers.

Public evidence-taking wraps up tomorrow after only four days of hearings and the final report will be delivered on February 25.

The timing could not be worse for police chiefs and politicians. There is a state election on March 28, and Scipione has been planning a smooth retirement at the end of the year to the accompaniment of loud applause from a grateful citizenry.

The Commissioner, known as “no DNA Scipione” because he does not leave a trace of anything behind him, is now very unlikely to receive a hero’s farewell, even from his fan club at The Daily Telegraph.

Meanwhile, the police are facing embarrassing questions at the NSW Coroner’s inquest into the Lindt Cafe siege in Martin Place, which opened last week. Senior police are bracing themselves for criticism of their operational tactics and whether the correct personnel, guns and ammunition were used to bring the siege to an end.

The police shooting of high-flying barrister and mother of two Katrina Dawson in the final seconds of the siege has been admitted by Jeremy Gormly SC, counsel assisting the Coroner.

Worse is to come, notably why police used heavy 5.56mm M4A1 carbines when they stormed the cafe, a former bank headquarters crowded with hostages, with their guns blazing. They set off 11 blinding SF9 “flash bangs” as they fired 22 rounds at the gunman, Man Haron Monis.

Successive governments have poured money into the NSW Police, and still the hierarchy regularly pleads poor and begs for more. But in spite of their ultra-modern policing equipment and tougher laws, crime figures stay stubbornly high and organised crime gangs continue to flourish.

Constantly lionised by the mainstream media, the cops are beginning to look over-pampered and dysfunctional at the top. The public is starting to ask whether they are getting value for money and whether their neighbourhoods are any safer. The constant spin is starting to wear thin.

Ah yes. Even today, the Rum Corps lives on.