Tony Abbott revealed his core political thinking yesterday -- and it owes much to the later years of John Howard. 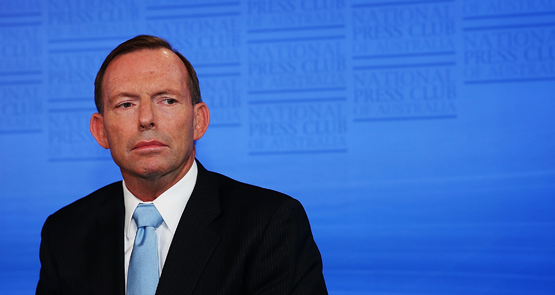 Yesterday’s National Press Club speech was highly revealing of Tony Abbott. With his backbench turning against him, and needing to send a clear message of where he wanted to take his government and the country (“we’re on a journey”, he said, repeatedly and sometimes plaintively), his plea to his colleagues to keep his job took us into what Abbott believes will be a compelling narrative for Australia. That narrative consists of:

This is the real political Abbott, who sees xenophobia, silencing free speech, protectionism and bribing voters as the key to restoring his fortunes, while insisting he’ll henceforth be bending over backwards to listen to his party.

As Seven’s Mark Riley so cruelly pointed out in the Q&A after the speech, the problem for Abbott is that he has regularly, even routinely, pledged to become more consultative, going right back to when he was elected leader and then, several months later, when he made his first disastrous captain’s pick, on PPL. “Sometimes it’s better to ask forgiveness than permission,” Abbott piously declared after initial criticism of the PPL scheme that the party room had not discussed it. Well, it’s all permission from here, apparently. Yet again.

This program of getting stuck into the Muslims, stopping the Chinese from keeping Our Kids out of their first home and throwing money at crucial parenting age voters, however, had to compete with a quite literal recycling of Abbott’s 2013 campaign speeches. Julia Gillard and Kevin Rudd were invoked, Labor was repeatedly condemned, deficits were invoked, the carbon price savaged, the halting of boats cited. You almost expected David Speers to come on stage and invite Kevin Rudd to respond for a minute.

I suggested on Sunday that Abbott might look to John Howard for inspiration — 1997 vintage Howard, specifically, when he shook off his first term blues with a bold commitment to tax reform. Instead, Abbott has used the later Howard as inspiration, the one who readily exploited asylum seekers for political gain, who sought to wedge Labor and suggest it was a threat to national security if it dared to question draconian counter-terrorism laws, the one who turned bribing voters into an artform.

The difference, however, is that Howard still had the trust of voters, and the budget revenue to use. Abbott has neither: the budget deficit has blown out significantly on his watch, and as for trust, he simply doesn’t have it, perhaps never had it, but certainly no longer has after 18 months of broken promises and stumbles. 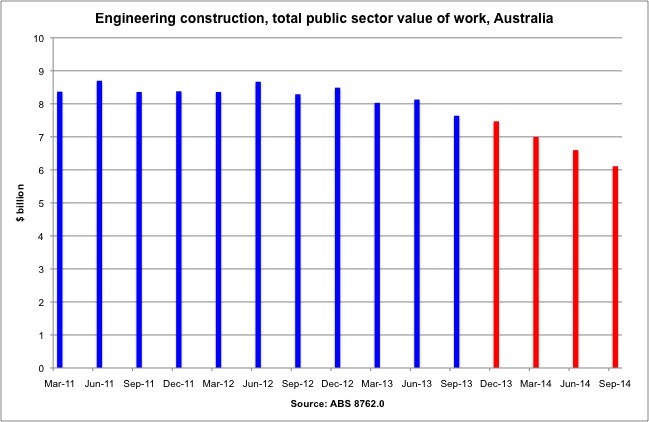 As Abbott has found in other areas, simply repeating a slogan doesn’t make things true.

Nonetheless, Abbott was right to dig in. No prime minister worth their salt meekly surrenders to their foes. One of the rights and responsibilities of the office is that, no matter how beleaguered, you throw down the challenge to your enemies to carry your body out. But his recycling of campaign speeches and a Howard-style reach for xenophobia, protectionism and electoral bribery is a 2005 solution to a 2015 problem in which a high-speed political/media cycle fueled by social media and a media pack trained on repeated leadership crises demands more than virtually any leader, no matter how skilled, can give.

For heaven’s sake, Bernard, Abbott’s not going anywhere – for the principal reason that no-one in their right mind would step into the leadership right now. It’d be as stupid a move as the last lot made – only they made it twice. So the only option is to tough it out and actually do something worthwhile. And for you not to get that, Bernard, is disappointing.

And on top of that, you get contributors like Klewso below…

He’s toast. The only real interest, is whether he can last as PM till parliament resumes next week. Right now it’s no better than even money.

[…demands more than virtually any leader, no matter how skilled, can give.]

I don’t entirely agree with this assessment. IMO the public isn’t looking for miracle workers, but instead a decent bunch of leaders who have the interests of everyday people in mind rather than the rich, their donors and other vested interests. Shouldn’t be that hard to achieve.

“no-one in their right mind would step into the leadership right now” Ummm, why not?
I pretty sure you’ll find, if they think they have the numbers, atleast two members who wouldnt hesitate. Watch this space, Philby.