A crippled Tony Abbott must completely reset the political agenda with his Press Club speech. And John Howard offers some inspiration. 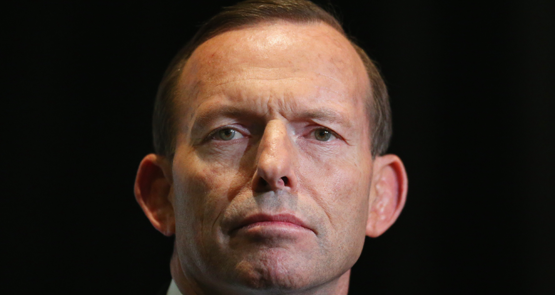 Queensland voters have now delivered two of the most stunning election results in Australian history, in a row. In 2012, they so savaged Labor that it was reduced to single figures in the state where the party was born. Now, they have thrown Campbell Newman out and left Annastacia Palaszczuk on the verge of a stunning comeback. Forget John Howard, Queensland Labor is Lazarus with a full cardiopulmonary transplant.

For Tony Abbott, whose Prime Ministership has rapidly gone from “troubled” to “terminal”, with the briefest of stops at “beleaguered”, in the last few days, it is another massive blow. He too came to office in a landslide; he too has taken it as an endorsement of his personal ideology rather than as a repudiation of his opponents; he too has led a tone-deaf government apparently bent on alienating voters by attacking core areas of government spending. Governments being chucked out after one term — once almost trivia question-level rare in Australian politics — is now an accepted part of the political landscape. And the polling is getting even worse, too, with News Corp tabloids today reporting a 57-43 2PP result to Labor, the sort of numbers Brendan Nelson managed against a newly minted Kevin Rudd. Last week’s Essential poll had Labor ahead 54-46, but that was off a fortnightly rolling average — the 2PP result for that week was 55-45, and not likely to improve in the coming week’s edition.

With Mal Brough said to be considering a crazy brave challenge to Abbott in order to wound him so Bishop or Turnbull can finish him off, Abbott goes into tomorrow’s National Press Club address needing a miracle. Indeed, Abbott could deliver the Australian equivalent of the Gettysburg Address and still end up out of a job by the end of the week. It was Julia Gillard’s decision, in the same address two years ago, to name an election date that was perceived to have crippled whatever chance she had of pulling off a comeback in 2013. Now the same event looms as an even bigger challenge for Abbott.

Abbott and his team already know that simple boilerplate about economic growth, debt’n’deficits, stopping the boats, etc etc won’t cut it. That’s why the occasion was going to be used to theatrically bury Abbott’s already long-dead “signature” paid parental leave scheme (which will be another broken promise, but one no one wants him to keep). The effect of that was somewhat cruelled by being leaked in advance — it’s now standard for major speeches to be leaked ahead of time to select journalists, but in this case it merely undermined what was intended to be a highly symbolic act of abandoning a policy so dear to Abbott’s heart.

In any event, dumping PPL is now not enough. As in, nowhere even vaguely near enough. Abbott needs to completely reset the Australian political agenda. It can’t be a negative announcement, like dumping one of his own policies. it has to be something positive, and something big enough to appear at least vaguely visionary. The template of course is John Howard, who at the nadir of his first-term Prime Ministership in 1997 hit on the idea of reviving the “never-ever” GST. It defied all political logic — Kim Beazley and Labor couldn’t believe their luck — and while it damn near cost Howard office (Beazley won a majority of the vote in 1998) it gave Howard and his team a reformist focus that dramatically improved their performance and played to Howard’s strengths.

Abbott needs his own equivalent of that GST moment tomorrow. What could it be? Industrial relations reform? It fits the GST template perfectly — it will defy political wisdom in that voters have already made their views known on the subject and cost the Coalition government because of it, and it will lock in the support of many of Abbott’s colleagues who secretly or not-so-secretly harbour hopes of a return to Workchoices. There’s the slight problem that the government has already committed to a Productivity Commission-led process of review before announcing what it will take to the next election — but that’s an inside-Canberra detail that voters won’t dwell on.

Or there’s tax reform, with the government’s tax white paper yet to come out; similar problem, but the issue is less politically fraught.

Whatever it is, though, it will need to be big, and it will need to avoid the appearance of looking desperate. That’s the part that will be very hard to pull off, because virtually anything Abbott does at this point will be desperate.

I hope its IR reform ie Work Choices, that will be his and who ever follows him dead set death warrant leading into the next federal election

Abbott, “the Infrastructure Prime Minister”, will stun everyone by announcing his plan to build the infrastructure of the 21st Century… A National Broadband Network that will deliver 21st Century internet speeds to everyone through a Fibre to the Home network.

Then he’ll resign, stating that the only man who can do that job and deliver right is (the newly knighted) Sir Malcolm Turnbull and his deputy, Dame Julie Bishop.

Then they’ll balance the budget by removing tax loop holes that major companies like Google take advantage of, with Sir Hockey returning the budget to surplus in one deft blow.

If Abbott actually did those things I would be forced to actually admire something he did.

Unfortunately, I think I can rest easy.

BERNARD KEANE: “tomorrow’s National Press Club address needing a miracle. Indeed, Abbott could deliver the Australian equivalent of the Gettysburg Address and still end up out of a job by the end of the week.” Congratulations, as neat a piece of writing as you’ve ever penned.

JOHN64: What have you been smoking? Of course Oz is in desperate need to bring our railways-built in the late 1880s- up to today’s 21st century needs. Odds against this happening? 500 to 1 on?