There are now competing claims as to whether everything on the A320 had been properly maintained or not, with a new report indicating the pilots may have cut power to a critical computer system. 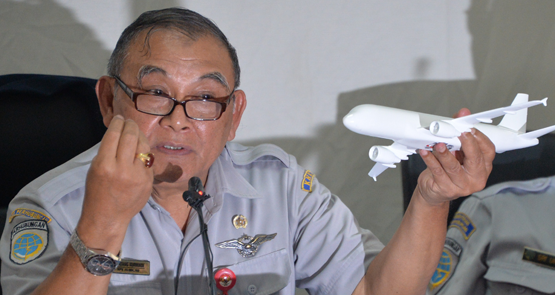 Bloomberg appears to have obtained a very critical part of the interim report into the AirAsia QZ8501 crash that Indonesian authorities have officially refused to release to the world’s aviation safety community.

At the start of its report it says:

“The pilots of AirAsia Bhd. Flight 8501 cut power to a critical computer system that normally prevents planes from going out of control shortly before it plunged into the Java Sea, two people with knowledge of the investigation said.

“The action appears to have helped trigger the events of Dec. 28, when the Airbus Group NV A320 plane climbed so abruptly that it lost lift and it began falling with warnings blaring in the cockpit, the people said. All 162 aboard were killed.”

If this report is true it is devastating news for AirAsia, since it implies a profound failure of its flight safety training and standards and cannot fail to put the airline and those authorities responsible for its regulatory oversight under intense scrutiny.

Airlines are responsible for the training, recurrent skills checking, and standards of their operations. This is a point that is often kicked around in safety discussions, and it often gives rise to counter-claims that airlines cannot be held responsible for the exercise of discretionary actions, or decisions or responses by pilots.

Such counter-claims get short shrift in litigation over airliner crashes affecting front line carriers of the size of AirAsia, with an active fleet of more than 150 airliners carrying millions of passengers a year. The amount of damage this crash could do to AirAsia is enormous.

Earlier yesterday, leaks from the suppressed interim report claimed that the Airbus A320 appeared to be in “good condition”, implying that the cause of the crash may have been how it was flown rather than a technical fault or an issue with the performance of the jet under the stress of being caught in a strong storm cell.

Airline professionals are entitled to feel puzzled by the contrast of named officials who have spoken as to the contents of the report and unnamed sources who claim to be familiar with it.

There are now competing claims as to whether everything on the A320 had been properly maintained or not, as well as the challenges of keeping control of the jet in unexpected turbulence, and the capacity of the crew to deal with the situation after a sudden increase in altitude and an apparent stall leading to a crash.

These conflicting contributions to the media stories are also devoid of any information as to the flight experience of the sources called on. What experience, if any, do they have flying on Airbus equipment? It’s about as useful listening to a Boeing pilot talk about an Airbus he or she has quite possibly never flown as it is listening to Airbus-trained pilots in relation to some notorious and relatively recent Boeing 737 crashes.

It isn’t known if the Indonesian investigation had time to include read-outs of the flight data-recorder information in any appendices to the interim report. Put beside the words of the pilots and aural warnings captured by the cockpit voice-recorder, such data would allow operators of A320s worldwide to form their own views as to what caused this tragic loss of control.

If it yet exists, Indonesia should have published such information, which would have, in turn, given the curious media many opportunities to ask their particular aviation contacts what conclusions they would draw from the data.

It’s now been a week since AirAsia CEO Tony Fernandes tweeted that he was being briefed on what the black boxes revealed about the crash.

He has since been silent on that briefing. These further disclosures from the suppressed interim accident report would explain that silence — but they should also make it impossible to maintain.

Why didn’t that AirAsia plane land immediately, instead of going back to Perth?