Coles has turned to the former Victorian premier to sort out that bit of bother with its suppliers. 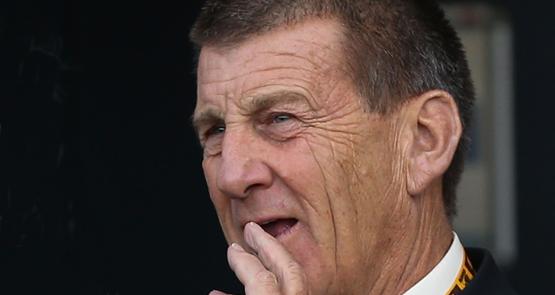 In the past year, both the Commonwealth Bank and Coles have been caught out in the most painful, public way: the former for systemic failure in its financial planning division causing untold losses to clients, the latter for unconscionable conduct toward hundreds of suppliers culminating in a successful legal action by the consumer watchdog and a $10 million fine.

Now the two giant, ASX10 companies are involved in mop-up operations, intended to compensate victims of their admitted wrongdoing and have brought in heavyweight individuals to lend credibility to the process: former High Court justice Ian Callinan is chairing the CBA’s Open Advice Review program, which is “remediating” thousands of client portfolios, and former Victorian premier Jeff Kennett is independent arbiter between Coles and hundreds of aggrieved suppliers under an enforceable undertaking agreed with the Australian Competition and Consumer Commission and approved by the Federal Court.

While the CBA has copped plenty of stick over the slow pace of the review under Callinan — and whether it was an adequate substitute for the royal commission many were calling for — the Coles process under Kennett has attracted, as far as I can tell, zero controversy.

Yet on paper at least, Callinan is by far the better-qualified person, being accredited as a grade one arbitrator on top of his stellar judicial career. Kennett, by contrast, has no university degree; according to his Wikipedia entry, he was never remotely academic and dropped out of first-year economics to work in advertising and (after a couple years’ army service) ultimately enter politics.

Kennett’s personal standing, on top of the fact that he himself lodged a successful complaint against Coles for pretending loaves of bread were fresh-baked in-store, seem to have engendered a general faith in his independence and suitability for the arbiter’s role.

In such a sensitive negotiation between Coles and aggrieved suppliers, is the gut feel of an unqualified ex-politician good enough?

When he was first appointed in August – before the ACCC’s case was settled — Kennett told the ABC that when Coles first approached him for the role of arbiter, “They said, ‘well, no one will question your independence’, and I’m sure that is the case.”

Sure enough, the Kennett appointment was welcomed by the likes of growers association AUSVEG  and ACCC boss Rod Sims, who told the ABC: “I think he is superbly qualified for the task, so really the task is in Jeff Kennett’s hands, not Coles’ hands.” Federal Court judge Michelle Gordon herself raised no objection to the appointment.

The ACCC told Crikey yesterday it considered Kennett an appropriate choice as arbiter because he had already been appointed to oversee the Coles Supplier Charter, which includes a complaints handling process. The watchdog did not specifically address Kennett’s qualifications or experience.

Kennett was originally meant to hire an accounting expert to help out, but he told The Australian Financial Review this week he’d brought in legal advice instead, with the approval of the ACCC.

Kennett told Crikey yesterday: “I didn’t seek the job, I was sought.” A condition of Kennett’s acceptance was that his decisions would be binding on Coles, but not on suppliers. The same is true of Callinan’s decisions: they are binding on CommBank, but not on the customers.

Rowena McNally, former national president of the Institute of Arbitrators and Mediators, says a formal arbitration process would normally be binding on both parties, “so the fact that it’s only binding on one party I think probably gives suppliers a great deal of comfort”.

McNally says normally a qualified arbitrator would be desirable — certainly not just any old ex-politician — but Kennett was a “very capable person with a lot of experience, influence and respect”.

“This is very much a matter of applying common sense to a set of circumstances. I don’t think a lot of these suppliers want to get involved in legal proceedings. The point you’re making has some validity and for that reason I’ve appointed a lawyer, but the final responsibility is mine.”

Kennett couldn’t care less about a lack of qualifications and thinks too much focus on the legalities could “choke” the process: “You know what I have, I have the qualification of common sense, and often in life common sense suffers terribly in these sorts of negotiations.”

Kennett says most suppliers want to avoid legal action and his ability to resolve negotiations quickly, including by direct communication with the Coles CEO John Durkan, is fairly unprecedented: “… in one case, I’ve made a decision in 10 days and the person has been paid two days later.”

After telling the AFR he had “in the main settled in favour of suppliers” — knocking out about a quarter of the 220-odd potential claimants — Kennett says so far he has not received one complaint and the process is working well. He says cheques will be in the hands of suppliers by the end of next week, before a public report is handed down over the next two months.

I dislike Kennet for his politics yet I do believe that he is a man of principal and courage. Could work out all right now he has mellowed a little