The cautionary tale of private education-provider company Vocation. And other business tidbits of the day. 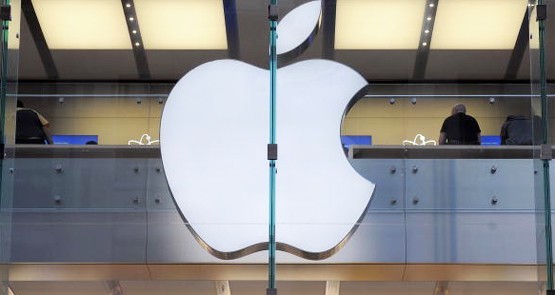 Crikey is thinking of launching a new section of bite-sized news briefs from the business world. Do you love it? Hate it? Let us know, and we’ll make a decision in the next few weeks as to whether this will be a permanent addition to the Crikey Insider we all know and love.

Listen and learn, Pyne. There’s a lesson for everyone in the failed education-provider company Vocation. There’s the old lesson for investors about believing in a company’s success before there’s a decent track record laid down over a few years; there’s the added lesson of not believing the rubbish that brokers and investment bankers and their shills come up with about IPOs that don’t have a decent track record. And there’s a lesson for the ongoing education debate in Australia.

Federal Education Minister Christopher Pyne and his gung-ho education supporters in academia, among dial-a-report economists and in the media, should take special note of Vocation’s near self-destruction in the space of four months.

How’s the blowing up of close to $700 million in shareholder value stand as an example of why private education can be a deathtrap for eager investors? And it is impossible to quantify the dislocation and angst caused to the thousands of people who paid Vocation for education and training courses. But don’t tell the minister or his shills that involving the private sector can mean financial losses for all concerned. Or that in the end it will be the public sector that picks up the pieces from the Vocation stuff up, not the private sector, because there’s no money in it.

In fact, going on yesterday’s update to the sharemarket (the second in two months) and earnings downgrade, Vocation is a shot duck and not long for this world. A generous ASX has agreed to Vocation’s request for a two-week extension of its voluntary suspension from trading to allow it to talk to its lenders — for the second time in two months, mind you. The suspension request means the shares won’t be traded until February 13 at the earliest. Seeing they were suspended on January 21, it means almost a month of resisting market forces for the company that has become a byword for incompetence.

New Vocation chairman Doug Halley said that when one-off costs and discontinued businesses were stripped out, Vocation expected to report an underlying earnings before interest, tax and amortisation of $3 million in the six months ended December 31, 2014. But the bottom line loss is now expected to be $27 million, which is almost $60 million worse than a profit forecast made by the company in early December. — Glenn Dyer

Apple (doesn’t) Pay. Don’t you love Tim Cook? The Apple boss is worth US$500 million or so in Apple shares and other securities, and millions of dollars a year in pay. There he was chatting to a teleconference after the iPhone-maker revealed record profits of US$18 billion for the December quarter, and he goes and tells those listening that “2015 will be the year of Apple Pay” — that’s a reference to the company’s new payment system, not Apple paying the appropriate tax in countries such as Australia.

The Apple result and teleconference came a day after it was revealed that Apple actually paid more tax in Australia than the previous year. Really.

“Apple paid just $80.3 million in Australian tax last year, despite making more than $6 billion in local revenue, accounts filed with the corporate regulator show. While a fraction of its overall income, Apple’s tax bill was more than double what it paid the previous year,” Fairfax reported.

In its quarterly profit statement, Apple said its tax rate in the current quarter would be around 26.3%. after a 26.1% rate in the December quarter — but not in Australia it seems.

Cook told the teleconference that Apple Pay is off to a very strong start, with 750 banks and others using it. “You can use Apple Pay up and down Main Street.” But not in Australia to pay your fair share of tax. Wonderful irony. — Glenn Dyer

Volatile markets, fickle bidders. It’s the end of year reporting season in all its variations (quarterly, half-yearly, full year) here and around the world. But if anyone has noticed, it’s also a time for high volatility in markets. Commodity prices are weak, demand is also weak, inflation non-existent, interest rates are low and remaining so, and life generally is tougher than it has been for a while. In other words, it’s the time when CEOs and boards are supposed to earn those big bucks. But it’s also a time when the proverbial hits the fan in some companies, the red ink flows and the weak disappear.

Take Sydney-based metal-basher, Bradken, which has had to handle first the boom and now the bust in mining, which in turn has impacted (good and bad) on demand for its rail wagons and other mining-related products. Up until yesterday, Bradken thought it had an $872 million takeover offer of sorts on the table from private equity types — that’s right, the modern masters of the universe as they whisper in the ears of credulous media and brokers about their stunning deals and their worth to shareholders (who are, as often as not, hedge funds looking for a quick turn).

In fact, as Bradken revealed yesterday, private equity breeds fair-weather investors only. They want everything running their way before they start thinking of a deal, and then try to screw a bit more from company managements and boards who know their shares will tank if the bid goes away. But at the first whiff of weak markets, off they run, proving once again that when it comes to the easy stuff, they are masters, but when it comes to managing companies through thick and thin — the sort of events company management and boards tackle every day — the private equity types are corporate cowards.

And so it is with the collapse of the proposed takeover offer for Bradken. Gone in the blink of an email. According to a statement to the market yesterday, Bradken said recent volatility in commodity and financing markets meant the private equity consortium of Pacific Equity Partners and Bain Capital had been unable to finance the deal on acceptable terms.

Bradken shares fell sharply — losing 37% with the disappearance of the private equity nervous nellies before the sell down slowed a touch. The reason for the abandonment of the attempted takeover? The mining downturn — especially in iron ore. That seems weak because the iron ore price was already very weak in early December when the first approach from the masters of the universe was revealed. As I said, fickle types. For good or for bad, the managements of the likes of Fortescue, BHP Billiton, Arrium and others at least stay around to handle the shit when it hits the profit-and-loss fan, as we are about to find out from a string of companies in the next month. — Glenn Dyer

Vocation may be a high profile collapse but many VET providers go bankrupt or get suspended. Much better to spend public money on public education than throw it away on private providers.

And another thing. I understand that in the UK and the USA which have already rolled out the Pyne policies, the level of unpaid/defaulted student debt is very high. Is this why the universities are enthusiastic supporters of deregulation? They can charge the fees they like, most the loans don’t get paid back in full and the government picks up the tab. Another way of getting the government to fund higher ed if they aren’t prepared to fund it properly up front.