Reds under the bed: where are our socialist MPs?

New NSW Labor boss Luke Foley is emphatically not a socialist. So where are the socialists in government? 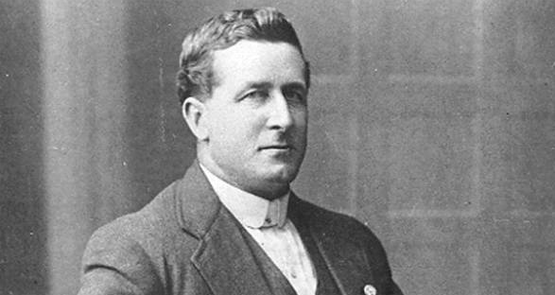 Luke Foley, the newly chosen leader of the New South Wales Labor Party, is not a socialist, proclaimed the front-page story in The Australian on Friday. Is that really news and, what’s more, whoever thought he was?

Luke Aquinas Foley, 44, was leader of the NSW faction known as the “hard Left”. Its most prominent federal representative is Anthony Albanese.

Both started their parliamentary careers — in the NSW Legislative Assembly and the House of Representatives in Canberra respectively — in similar ways. Both are former assistant general secretaries of NSW Labor, and both ousted female MPs to take their seats.

Albanese’s ticket to Canberra came through an arranged takeover of Grayndler from Jeannette McHugh and in Foley’s case through the removal of Barbara Perry from Auburn in western Sydney.

Using The Australian as his confessional, Foley “declared himself to be a centrist Labor leader in the Wran-Hawke-Keating tradition who believes the private sector is the engine of economic growth, not big government”.

Let’s be honest: all three of the aforementioned Labor “legends” carved out multimillion-dollar careers in business during their post-parliamentary lives, having served the private sector faithfully during their time in politics.

Recent cabinet disclosures show that “Hawkie” approved “scabs” to break the 1989 pilots’ strike in support of the co-owners of Ansett, Sir Peter Abeles and Rupert Murdoch.

In the interests of historical accuracy, how many genuine socialists from the NSW Labor Party have been elected to state Parliament?

Born in Childers, Queensland, Petersen was a jack of all trades with a distinguished World War II record. He joined the Communist Party in 1943 but resigned in 1956 after Soviet tanks and troops stormed Budapest to crush a popular uprising. He was also deeply influenced by that year’s speech by Nikita Khrushchev to the Communist Party of the Soviet Union’s 20th congress denouncing Stalin, the Moscow Trials and the GPU terror.

Petersen joined the Labor Party is 1958, moved to the Illawarra and became a leader in the local trade union movement. Elected to Parliament in 1968, Petersen was a thorn in the side of party headquarters in Sussex Street and the parliamentary leadership. His career came to an end when he formed the breakaway Illawarra Workers Party, which didn’t have the support or resources to sustain a successful election campaign. He died in 2000.

Crikey asked former NSW parliamentary historian David Clune for the names of any other socialists elected to Macquarie Street. He nominated one MP — Percy Brookfield, member for Sturt from 1917 until his death in 1921.

“Brookie” was born in Lancashire in 1875 and went to sea at 13. He jumped ship in Melbourne in 1890 and ended up in Broken Hill, where he became vice-president of the Amalgamated Miners’ Association and successfully led the fight for a 44-hour week. Later he took part in statewide campaigns to obtain the 35-hour week and maximum compensation for miners under the Workers’ Compensation (Broken Hill) Act.

Often facing court for his protest activities, “Brookie” was fined for cursing the British empire and calling Billy Hughes a “traitor, viper and skunk”.

When he tried to disarm a deranged gunman who had wounded two people at Riverton railway station in South Australia in 1921, Brookfield was shot and later died in Adelaide Hospital. He is buried in Broken Hill beneath a tall monument erected in his honour.

To the cherished memory of Percy John Brookfield MLA. Who forfeited his life at Riverton, South Australia, on March 22 1921, in a gallant effort to save the lives of others

If any Crikey subscriber can name other socialists elected to the NSW Parliament, let me know. We can compile a register.

Oh, and what about Meredith Burgmann?

I agree Simon: Meredith Burgmann is a possible candidate for a socialist NSW Labor MP.

1 & 2, me three for Meredith Burgmann -certainly no others leap to mind.
I’d suggest Fred Daley as a true ALP of which there are very few these drear days.

If you’re going to extend the net wider and talk about Communists, a piece on Fred Paterson, the only Communist Party member ever elected to an Australian parliament, would be great.