Time for IR reform advocates to put up or shut up

The Productivity Commission's inquiry into industrial relations is an opportunity for business to produce hard evidence about the problems of a system that appears to be serving Australia well, Glenn Dyer and Bernard Keane write. 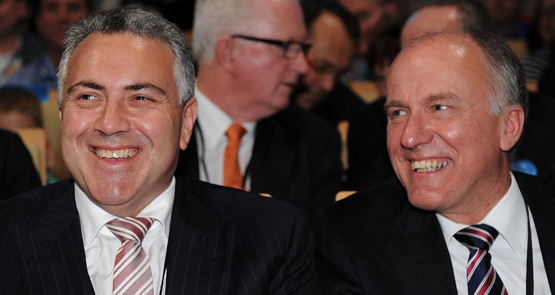 It’s time for businesses of all sizes and hues to put up or shut up on the question of industrial relations reform. Eager to find a way to start a debate on IR reform without being accused of revisiting WorkChoices (good luck), the government has asked the Productivity Commission to mount an inquiry. The commission has responded by detailing a much broader approach than anyone envisaged, including the question of the minimum wage, which wasn’t in the original request.

But the commission wants actual facts, not talking points, thought bubbles or what passes for research (executive surveys, anyone?). The onus is on all concerned, as the commission said in its issues paper, “to submit proposals they consider would improve the operation of the WR system together with supporting evidence and argument”. (PC’s emphasis). It says it will take “a critical, evidence-based approach to differing claims about the impacts of different configurations of the system … The Commission is open to lateral suggestions so long as they are practical, beneficial and backed by solid evidence and argument.”

So business now has the opportunity to put up some actual evidence about IR reform, rather than offering the same dumb soundbites over and over — that Australia is a high-cost place to do business, that unions are out of control, that there’s a need for more “flexibility”. So do unions, a number of which have complained about aspects of the Fair Work Act.

And while business and its media cheerleaders might think the PC report will open the path to a new era of “flexibility” (downward flexibility, of course — no one complains there’s too little flexibility to lift wages and conditions), the PC made this pointed observation:

“As with all Productivity Commission inquiries, under its Act the Commission is required to recommend policies to maximise the wellbeing of the community as a whole. This inquiry is not intended to maximise the benefits to any particular groups, whether they be businesses, unions, employees, consumers or other stakeholders, as their individual interests may not coincide with those of Australians as a whole … the concepts of fairness and equitable treatment, the balance of negotiating strength and the ability of parties to remain well-informed and able to manage their own interests effectively are clearly relevant, albeit sometimes difficult to balance … the ‘price’ of labour differs from the price of most other inputs into an economy. This is not only because the price (wage) offered usually affects people’s workplace performance and because of the virtual exclusion of WR from competition policy though these are distinctive features. It is also because many people’s incomes and indeed wellbeing depend to a considerable extent on that price.”

That’s bad news for those who peddle the central myth of IR reform, that there’s minimal distinction between the interests of business — the PC mentions that there’s been little impact on business profits in recent years, with the profits share of national income rising – and what is in the national interest. It also contradicts ACTU president Ged Kearney, who this morning on ABC TV sought to paint the commission as a remote, unfeeling organisation more interested in process than people (remember, it was the commission that recommended the NDIS).

And finally, the commission has an eye to the real debate — the impact on the economy as a whole — not just wage costs, penalty rates, business profits, union membership, or corrupt conduct by union executives (that’s beyond the commission’s remit anyway). It quotes part of a speech Reserve Bank Assistant Governor Chris Kent made in 2012 about the impact of wages on inflation in the Australian economy in the past. Kent said that, in earlier booms, the more centralised wage-fixing systems then in place “had the effect of spreading wage increases across the economy, to occupational categories for which the value of marginal product had not increased. Not surprisingly then, the result was a rise in inflation and unemployment.”

“Reductions in unemployment rates do not now lead to significant economy-wide wage growth. Wage shocks that affect one part of the economy (as in the resources boom) do not appear to reverberate so greatly throughout the rest of the wage system … Industrial disputes, which are one indicator of the functioning of the system, have fallen significantly in the last two decades and are low by historical standards.”

Indeed, by Treasurer Joe Hockey’s own admission, it has been the weakness of real wage growth that has been playing havoc with revenue growth for the budget — not too many months after Employment Minister Eric Abetz seriously warned of a wages explosion. Does the Abbott government and Treasury (not to mention the RBA) really support lowering wages and putting further pressure on budget revenues in coming years?

What a pity that, rather than a long deadline for submissions, as we had with the Murray Financial System Inquiry, stakeholders have just two months to get their evidence in, with the PC reporting by November. The Murray inquiry had much longer for an inquiry of equal importance — it was announced on December 20, 2013, the first rounds of submissions closed on March 31 last year, second round submissions on August 26, and the final report was released a year after the first announcement. Too bad this report had been scheduled with an eye on the 2016 election, rather than on enabling the community to make considered contributions.

Down at LNP HQ they need to send out an edict to keep the attack dogs under control if they dont want a repeat of the Work Choices debacle…just this AM Peter “phonecard” Reith was on the ABC advocating Tony and his team Austtraya crew “barrell through” on IR changes.
Time to man the barricades yet again!

A few business friends of the LNP think that some low paid Australians just get paid too much and it’s time Tony Abboot did something about it.

One wonders to what level the minimum wage would need to be lowered in order to be acceptable to the Business Council of Australia and others of their ilk? What level would magically fix all our economic woes, as they seem to imply?

Perhaps we should bring back indentured servitude?