Anyone depending on Chinese demand for resources (like, say, Australia) should be very worried about the quickly decelerating growth in the Chinese economy. 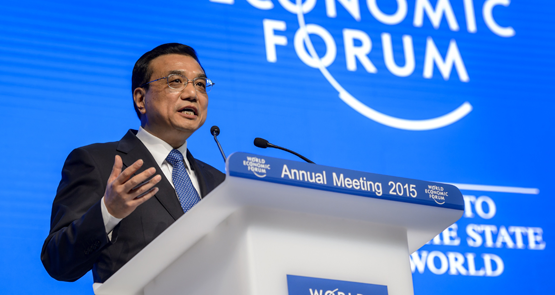 Anyone who didn’t expect China’s recent bad economic news doesn’t have the faintest idea about the Chinese economy. China “missed” its “target” GDP growth number for 2014 and delivered its lowest growth since the dark days of 2000, when rampant inflation and the post-Tiananmen sanctions clouded the country’s future. No surprise there to China watchers, or to anyone who has been paying attention to iron ore prices, which have been cut in half these past 12 months.

What’s telling is that the ruling Communist Party — which could easily have issued any figure from its notoriously rubbery National Bureaus of Statistics — had “hit” its “target” but decided to signal the economic slowing faster than expected.

There is “worse” to come. Already, the party’s propaganda machine is in overdrive talking the economy down. The National People’s Congress will set 7% as a target this year — that may also be missed. It’s better for the long-term health of the Chinese economy, but bad news for the Australian economy — and especially the mining sector — over the next few years.

Now is where the rubber, for the mangers of the economy, really hits the road. Managing the slowdown and deleveraging, while not stalling the economy completely, is a tough task. And the opacity of China’s debt makes it all the more difficult. But enough of rubbery figures, as Derek Scissors from the Heritage Foundation, which admittedly takes a sceptical approach to China, says: “The party can report positive GDP results indefinitely. The preponderance of evidence, even using official data, is that economic conditions are considerably worse than these numbers show.” People living in Shanghai and Beijing say the same things.

For sure, much of China’s slowdown was “induced” by the party’s economic gurus, but it’s hardly the stuff of clever economic management. It’s not particularly hard to turn off the credit tap when you control both the central bank — which has been printing money for the past five years at a rate that would make the US Federal Reserve blush — as well as the vast majority of retail banks. Moreover, shadow banking — for a long time happily ignored as it boosted debt-fueled growth — has remained harder to control and, just when it appeared under control, it surged again.

But right now, all eyes remain on the nation’s property market, which is even more critical in China than the West, as it is the primary store of household wealth. After being lifted ever higher by the debt binge, it last year went into a deep decline, with sales and prices falling off precipitously.

Property investment in December, 2014, rose 10.5% from a year earlier. That might look good, but it’s the slowest pace since the January-July period of 2009, in the depth of the global financial crisis. That compared with an annual rise of 11.9% in the first 11 months of 2014 and 19.8% growth through 2013. Prices continue to fall about 6%, less quickly than during the middle of year, but the end is not yet in sight. All in all, this is hardly the story to promote the domestic consumption that was supposed to show up and save the day.

Local and regional governments in China have used property sales to supercharge their own revenues, and it’s a prime source of corruption, with red envelopes flying all over the place. Now local and regional governments are being forced out of the property market by a program run by Beijing government to deleverage them before its too late. Plus, the ongoing anti-corruption campaign that is intertwined with the property boom is crimping transactions. No one wants to be seen to have more money than they earn. But the biggest problem is that there is now years’ worth — in some cases, close to decade — of inventory either built or under construction. The famous ghost cities are very real.

To hit growth targets, China’s local governments borrowed insanely and are indebted to the tune of about $4 trillion, near as anyone can tell.

In fact, the whole country is increasingly in hock. The volume of outstanding bank loans swelled 170% from 2008 to 2014, but despite the go-go growth figures, there was only 103% increase in nominal GDP.

As the money-go-round slows — and halts, in some cases — developers will be left holding the baby. Over the past months, Kaisa, a major property developer in Shenzhen — China’s fourth largest city in terms of economic output — has all but collapsed. It is also mired in a corruption investigation. Is is the tip of the iceberg in the property sector.

Reports are also emerging of large blocks of excess housing inventory being sold to trusts, revalued and then collateralised, a similar Ponzi scheme to the off-balance-sheet vehicles that helped trigger the global financial crisis.

Tim Murray, managing director of J Capital Research, a China-focused on-the-ground research house, is as close to what’s happening on the ground in the Middle Kingdom as any Australian. His verdict on the state of play in China for the medium term, at least, is grim. He fears there will be more Kaisas to come.

The malaise is nationwide. Last week, 20 Chinese regions, provinces and municipalities published information about their income for last year. According to an analysis by respected business publication Caixin, 18 of them had lower growth rates in 2014 than in 2013; only Shanghai and Guangdong did better.

This may sound gloomy, but it’s not Europe — or Japan — not yet. Policymakers in China have promised a raft reforms to deliver what might mean a bit more pain in exchange for a survival. Still, it remains to be seen whether these can be delivered effectively in a system with no independent checks and balances.

And China is far from alone, with most of the world (with the exception of the United States) mired in economic gloom. It’s going to be another long year with little good economic news.

Michael, on an aspect raised several times before, what chance of an article analysing the implications for Australia when the supply of cheap non-renewable resources becomes seriously low?

It’s interesting to come back and find an innocuous comment has been held up more than two hours.

Ooops! As soon as I posted #2, the missing #1 popped up. Apologies.