Finally, people are plunking down their hard-earned at the local multiplex to see Australian films. 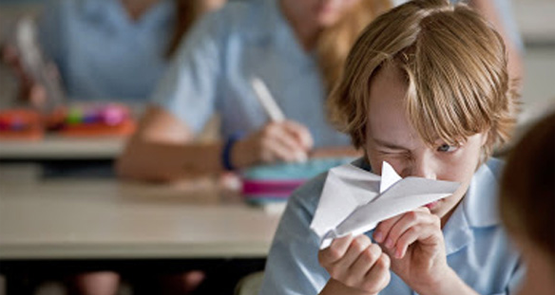 Over the previous 12 months every major Australian media outlet with an arts coverage has smacked us across the noggin with stories that Australian films have, to put it mildly, not been going gangbusters at the box office. There is nothing new about this, of course — the result of either the disappointing commercial performance of local productions or the media’s stacks-on approach to kick the dog when it’s down.

Last year was particularly dispiriting because it heralded a bumper crop for Australian cinema, with a smattering of very fine films released in a short window. The previous vintage year was 2009 (Samson & Delilah, Mary and Max, Balibo, Last Ride and Bright Star among others), but you’d have to go back to the 1970s to find a comparable one in terms of quality. You’ll be lucky to find one in terms of diversity.

The 2014 show-stoppers included The Babadook, The Infinite Man, Charlie’s Country, These Final Hours and The Rover. But one by one this conga line of critically acclaimed works (and many other high-quality productions including Predestination, The Mule, 52 Tuesdays, Healing and Felony) fizzled at the box office. With every new “failure” (those commas are inverted for a good reason; if you think turnout is a metric for great art then it’s time to shower Michael Bay with praise) the hand-wringing continued.

It’s hard to say when all this shrill commentary began, such is the soul-sapping way numbers analysis has eroded discussion of Australian cinema. Hysterical op-eds have existed for decades, though focus shifts with time. The current wave, the thrust of which can be summarised with two words — market share — started to curl in the mid-’90s, when it became clear Australian cinema’s percentage of overall box office takings had suffered, seemingly irreparably. Market share dipped from 23% in the ’80s to an all-time low of 1.4% in 2004.

Those numbers are not a straight trajectory (Australian cinema in 2001 took an 8% share, a veritable cornucopia compared to the last few years), but the feeling that we will never return to the halcyon days is hard to shrug. Harder still to rationalise.

But with the bad news should come the good. For the time being, let’s maintain the notion (or the fiction) that the most important factor in making Australian films is to get bums on seats rather than investing in preserving screen culture. Last year ended and the new one began with a couple of big wins for Oz box office bean counters.

Released on Boxing Day, Russell Crowe’s directorial debut The Water Diviner became the most financially successful Australian film of 2014 in less than a week. Thanks, Rusty; the bulky star flexed considerable box office might when his tissue-box drama about a father searching to find his MIA sons, circa WWI, chalked up $5.65 million in receipts before the fireworks on New Year’s Eve. This had significant flow-on into the new year. The film’s tally has now surpassed $13 million, which means, by Australian cinema’s modest commercial standards, January, 2015, wouldn’t have been an altogether bad month.

But director Robert Connolly (The Bank, Three Dollars, Balibo) came along and beat Hollywood at its own game, at least to a point. The major new releases last week were Angelina Jolie’s directorial debut Unbroken (a cheesy WWII prestige picture), Alejandro Gonzalez Inarritu’s nine-time Oscar-nominated “it” movie Birdman and Connolly’s film-that-could, Paper Planes; an Australian tournament flick for children, about a prepubescent protagonist who takes to the task of creating aerodynamic stationery.

Guess which film topped the box office on its opening day? Connolly’s crowd-pleaser took just over $500,000 on Thursday, more than Unbroken or Birdman. And while the numbers levelled out a little over the weekend (Paper Planes took $1.7 million, ahead of Birdman at $1.4 million but behind Unbroken at $2.1 million) — partly because Paper Planes had few evening screenings — that is no small achievement, and it puts the film in very good stead.

There’s a danger in attempting to explain why one Australian release performed well, because, as sure as day is light, a comparable feature with a similar strategy will later come along and draw tumbleweeds (even Hollywood hasn’t worked out a magic formula). But the following couldn’t have hurt: Paper Planes is a high-concept movie targeted towards a broad but specific audience; it is glossy and unpretentious; pedigreed supporting actors (Sam Worthington, David Wenham) gave the cast a boost; the choice of a school holidays release date was fortuitous; and the marketing campaign from distributor Village Roadshow is not to be underestimated.

Paper Planes and The Water Diviner won’t be the only Australian film success stories this year. Just as forecasting 2014 Australian cinema was exciting from a genre point of view, 2015 offers good news purely in terms of commercial return. It will very likely generate the best market share we’ve had for several years.

Little’uns and their parents will return to Australian cinema for Oddball, a cute-looking, market-friendly movie inspired by real events about a maremma dog who saved a penguin colony. The cast include Shane Jacobson, Deborah Mailman and Sarah Snook, who probably signed on thinking in the back of their minds that the last Aussie film about a noble canine, Red Dog, performed rather well (it became a veritable box office juggernaut, collecting more than $21 million).

Pipsqueaks will also gather for the CGI-rendered adventures of Australia’s favourite anthropomorphic koala. The voice over cast of The Blinky Bill Movie is pedigree (including Ryan Kwanten, Toni Collette, David Wenham, Barry Humphries and Rufus Sewell) and the animation sure to be candy floss bright. Director Deane Taylor has an important commercial asset that the vast majority of other Australian filmmakers don’t: brand recognition. The industry could make more of stories/characters with which audiences are familiar, even (perhaps especially) those tinged with nostalgia.

Enter the crabbiest old school hero of them all, Mad Max, who will return in Mad Max: Fury Road sporting the spiffy new body of English-born star Tom Hardy. The film will be Australian mostly in spirit (it was shot overseas and bankrolled by Hollywood studios to the tune of around $150 million), but Screen Australia and the Australian Film Institute are likely to consider it appropriately true blue, as they did The Great Gatsby, so its figures will be included with the home-grown titles.

There are other films that look like good bets from a box office point of view, provided they’re backed with a sizable marketing spend and open on a good number of screens. The Dressmaker stars Kate Winslet in what director Jocelyn Moorhouse describes as “Unforgiven with a sewing machine” (in other words: we’re sold), and Nicole Kidman and Joseph Fiennes will trek across the desert in search of lost children in Strangerland.

So things for the Australian film industry look pretty good from a commercial point of view. Will a decent year of market share put an end to those hysterical end-is-nigh op-eds, such as the doom and gloom published last year by The Sydney Morning Herald when it asked “If a critically lauded film such as These Final Hours can’t resonate with local audiences, is there any hope for Australian films?” Certainly not, or not for long. We have larger questions to ask ourselves about what we want and value from our national cinema.

But for now, grab a Coke and a choc-top and enjoy the show.

Crikey cage match: Is Australian film still down in the dumps?

Australian cinema shines after 10 years of doom and gloom

Shame you didn’t mention “Backyard Ashes” – a terrific little aussie film. The driving force behind it lamented how his movie regularly had more bums on seats than other major Hollywood flicks showing at the same time, but it got hardly any (if any at all) interest by the big cinema operators.

Only the small independents and Limelight Cinemas gave it a shot. Something about the major cinemas being behold to their masters and crowding out the schedule with never-ending sessions that interested hardly anyone, just to stop a locally made independent flick getting some screen time. The way it was described sounded like the big boys were happier making nothing from their Hollywood big flicks so long as the local independent didn’t get a chance to make some money from their efforts.