A report in The Australian claiming the ABC had a bad year for ratings has been swiftly denounced by ABC management this morning. They have their own figures to prove their case. 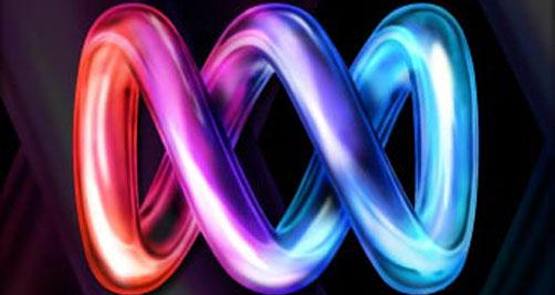 A report in The Australian claiming the ABC had a bad year for ratings has struck a nerve at Ultimo, with ABC management quick to rubbish the article this morning. ABC director of television Richard Finlayson has slammed the report as “full of errors,” dismissing it as “the latest in a long series of anti-ABC, pro-Ten stories from The Australian“.

The comments come in a note to staff addressing a report in The Australian by media business writer Darren Davidson claiming the ABC’s TV audiences had significantly declined in 2014. Davidson writes:

“The ABC was the worst performing television broadcaster last year, losing 3.95% across all the channels before the government announced budget cuts.

“In a sign the public broadcaster has become out of touch with key groups, the ABC even suffered a 3.80 per cent audience decline in prime time for the ­uncontested older demographic of viewers aged over-55, which is largely shunned by the commercial networks.”

These ratings, Davidson continued, showed the ABC was failing to connect with audiences , even before the government’s cuts to its budget:

“That Ten can win more viewers with a smaller programming budget in a harsh commercial environment will reinforce the government’s belief the public broadcaster should be able to extract 5 per cent through efficiencies rather than programming cuts.”

But Finlayson claims the report was “so full of errors regarding both our ratings performance and the size of our budget that I feel you should have all the correct facts regarding what was another strong year for the ABC”.

ABC insiders this morning were playing down the Oztam figures, saying they was only partially relevant to the ABC (given its encouragement of online viewing — iView plays are up 29%, according to the ABC). And one ABC insider said Oztam figures were easy to spin.

ABC management meanwhile played down the importance of prime time to the broadcaster’s charter obligations, hitting back this morning with their own figures. According to a compilation of Oztam figures sent to staff along with Finlayson’s note (uploaded in PDF form here), the ABC across all channels did lose 2.3% of its prime-time audiences in 2014, compared to 2013. This is less than was stated in the Oz‘s report, which claimed the ABC had lost 3.95% of “group audiences” across its channels before the November budget cuts (the report notes the ABC had a strong end of the year). Over the whole year, the ABC’s 2.3% prime-time fall compares to losses of 1.8% across Seven’s three channels, rises of 0.4% at Nine’s, and gains of 4.3% at Channel Ten, according to the Oztam figures given to staff. In prime time, Ten regained ground on the ABC in 2014 — the ABC had more prime-time viewers in 2013 and maintained its lead in 2014 when 24-hour audiences were considered.

Finlayson says these figures were provided to The Australian, which chose not to use them. He also took objection to estimates provided of the ABC’s TV acquisition budget in the Australian‘s report, which states:

“The ABC spent about 33.9 per cent of its 2013-14 budget on television program production last year. But the figure does not include how much the ABC spent on program acquisitions, which is undisclosed in the annual report … This means the ABC was able to dig into a $360m war chest for production. Sources at commercial networks told The Australian that ABC program acquisitions could account for $150m to $200m, blowing out the total TV programming budget to between roughly $510m and $560m.”

But the acquisition figure is in the annual report, Finlayson writes, and the estimate provided by commercial networks is way off.

“As a result of these grossly inaccurate back of the envelope calculations, The Australian has also stated the ABC television budget is greater than the commercial networks. If only this were the case — the fact is we achieve highly competitive results with significantly less money.”

Is Michelle Guthrie going to sell ads on your ABC?

Sounds like another in the long line of Australian “Exclusives” that are exclusive simply in the sense that they have been entirely made up by The Australian. Their plain-packaging-is-increasing-smoking-rates “exclusives” come to mind.

I am old enough to remember when they had decent investigative journalism with original content. Now they are reduced to providing politically motivated commentary that is often absent any factual basis.

They’ve learnt from the Julia Gillard AWU saga. You start off with your idiotic claims and no one believes you. But you keep going month after month and eventually enough people start getting convinced that there’s something to it because they’ve now heard it repeated so often.

Myriam, if only the ABC was prepared to answer more important questions which have been raised about the prejudiced reporting of the ABC?
Saugoof, clearly you still haven’t learnt what happened with the origins of the Gillard “saga”, or understood the relevant findings; but you’re not alone on that.

Abbott’s beleaguered Govt and Murdock Media are not about ‘FACTS’!

They are about broad spectrum devaluing, white-anting and financial disabling of both a highly regarded Competitor threatening commercial and ideological objectives central to Murdock and Abbott interests.