Can the law prevent your neighbours from being jerks?

More Australians than ever are living in apartments and townhouses. But is regulation enough to keep all of these people, living cheek-by-jowl, in line? 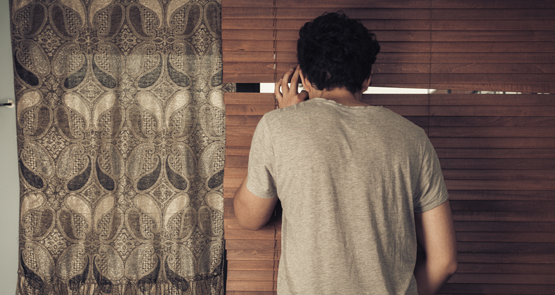 The Queensland government is undertaking a review of the state’s property laws, including community titles legislation. The first stage is publication of an options paper prepared by QUT’s Commercial and Property Law Research Centre on body corporate governance issues.

Living in strata-titled multi-dwelling developments presents challenges; according to the options paper, some of the matters causing problems include smoking on balconies, keeping pets and overcrowding of rental units (eg: during periods like schoolies week).

These are complex issues. For example, smoking on balconies is a nuisance for residents of apartment complexes because they live very close to each other. Although rates of smoking are falling sharply, society is getting increasingly intolerant of smoking (eg: see “Should smoking on streets be banned?“). On the other hand, a ban on outdoor smoking in apartments would restrict the smoker’s right to quiet enjoyment of his or her home. More practically, since many smokers are addicts, it might increase the exposure of children and other household members to side-stream smoke by causing smokers to puff indoors.

There’s a more general issue here, though; the law is simply not keeping up with the movement to multi-dwelling living. At the 2011 census, 30.8% of the dwelling stock in Australia’s major cities was comprised of higher density multi-unit dwellings, such as town houses, terraces and apartments. In Sydney it was 40.7%; a significant increase on the 38.8% share five years earlier.

Some of the downsides of multi-unit living, like visual privacy, can be addressed satisfactorily by design. But some — noise is an obvious example — can only be addressed to a limited extent in physical terms; getting a good outcome relies more on residents behaving co-operatively.

Sometimes the failure to address problems like noise leads to bad outcomes. For example, residents, who otherwise would be happy with natural ventilation, might install refrigerated air-con so they can keep their windows closed to block out unwanted noise.

These issues don’t only affect the welfare of other residents in the same development. They also add to the fear in the minds of existing residents of detached housing when new multi-apartment developments are proposed in their street or neighbourhood.

As I’ve noted before, the fears of existing residents are threefold:

What’s needed is a recognition that these sorts of issues primarily require behavioural, rather than physical remedies.

While social norms regarding appropriate neighbourly behaviour might have been enough to mediate almost all differences between neighbours in the ’60s and ’70s, that is not enough today. Lifestyles, domestic technology (particularly amplified sound) and possibly even personal attitudes to strangers have all changed.

Bodies corporate have an important role in regulating behaviour within developments but there are limits to what they can do; their ability to address conflicts between their members and neighbouring land users is even more constrained.

With more Australians living at density, governments need to take a more proactive attitude to finding ways of making living at higher densities attractive for residents, as well as less of a threat to neighbours, both existing and prospective.