Companies are meant to disclose the remuneration packages of their key management personnel. The problem is, it is up to the companies themselves to decide who qualifies. 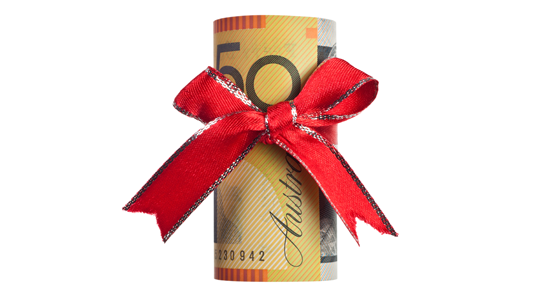 Howard-era treasurer Peter Costello deserves a lot of credit for introducing the non-binding vote on remuneration reports for Australian public companies in 2004.

However, as we celebrate 10 years of improved shareholder engagement and better-designed pay arrangements, it is disappointing to see an increasing number of companies adopting a minimalist approach to the breadth of their disclosure.

Companies must disclose the full pay arrangements of what are defined as key management personnel (KMP). However, boards have discretion as to how many different executives this covers.

The Millionaires Factory, Macquarie Group, has long excelled in terms of disclosure, whether it is for political donations, board pay or financial performance. Its most recent annual report includes every last detail of the pay arrangements for its 10 most senior executives. This is best practice in the ASX100.

At the other end of the spectrum we have building products company CSR, which for the past two years has only revealed the pay of its CEO and one other executive.

As you can see from page 24 of the 2012 CSR annual report, there was nothing particularly remarkable when the top five were last disclosed in full.

OZ Minerals is another company that has reduced its disclosure; from the top five executives in 2011, down to just the CEO, CFO and company secretary in each of the past three years. I emailed OZ Minerals chairman Neil Hamilton on Friday, specifically requesting a return to the top five in the next annual report, which is due for release in March ahead of a May AGM.

Similarly, a polite missive was sent to CSR company secretary Debbie Schroeder on Friday requesting that we reach an agreement whereby CSR returns to a top five disclosure in the 2014-15 annual report, in return for which I won’t run for the board at the forthcoming AGM in July. It’s not asking the board to do much to avoid what would be the company’s first contested director election in many decades.

As Crikey reported on Friday, Fairfax Media joined the shrinking club as well last year, when only four KMP packages were identified.

High-profile sharemarket commentator Charlie Aitken is another senior public company executive who is yet to have a big salary disclosed to the long-suffering shareholders in Bell Financial Group. Aitken spent most of 2013 working under the impressive title “managing director of Bell Potter Securities Wholesale”. But somehow, this wasn’t classified as being a key management personnel position when it came to remuneration disclosure in the 2013 annual report.

We know this because Bell chose to include its outgoing company secretary, Paul Vine, in the top five KMP, but he was only paid $141,644 (see p18 of the 2013 annual report). Was Charlie Aitken paid less than $141,644 in calendar 2013? Bell valued his work so highly that he was appointed as an executive director just one month after that annual report was released.

The loophole Bell used to hide Aitken’s pay is the same that applies to sports stars, fund managers, radio presenters and the like who earn far more than the KMP of their ASX-listed employers. It’s because the law doesn’t require disclosure of the five biggest pay packets.

Look no further than the 2013 Brisbane Broncos annual report. Rupert Murdoch is paying most of the Broncos players more than the $98,530 the company secretary and fifth highest paid KMP are disclosed to be receiving on page 19 of the annual report.

These issues will probably get worked over at the Bell AGM in Sydney on April 29, by which time we will have a full view of Charlie Aitken’s 2014 pay packet courtesy of his all-too-short seven-month stint on the board last year.

There is absolutely nothing wrong with director pay disclosure in Australia. As with those Fairfax related-party transactions discussed on Friday, the disclosure loopholes come to the fore when you get into senior executive territory under the CEO.

If Joe Hockey and Josh Frydenberg are looking for an easy governance win that would receive public and Senate approval, they would legislate requiring public companies to disclose a minimum of five KMP packages in the annual report, along with a description as to how many non-KMP employees would appear in the top five if the sole criteria were salary quantum.

Without such a change, any CEO could legally hire her son as some lowly account manager and pay him $10 million cash a year without any public disclosure.

Mayne: why do so many government bodies keep executive pay secret?

Mayne: stand by for annual political donations reveal on Thursday