Bart Bassett has been foiled by the Liberal executive in his bid for the seat of Riverstone. And he's not about to take the snub lying down. 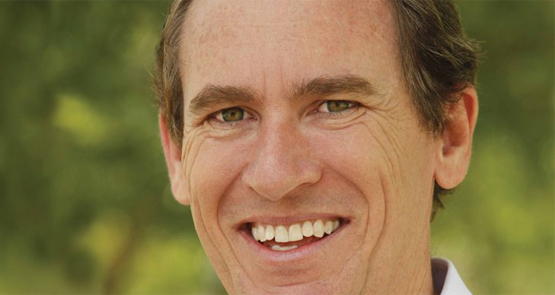 To describe Bart Bassett, New South Wales now-independent MP for Londonderry, as the “loose cannon” of the state Liberal Party doesn’t do justice to his explosive personality. And his ongoing row with the NSW Liberals could have wide-ranging effects within the party.

He is furious that the party’s all-powerful state executive has just blocked him from switching seats to stand as candidate for the neighbouring, Liberal-held seat of Riverstone. He wants to leave Londonderry because last year’s redistribution turned his electorate into a knife-edged proposition with the likelihood it will go to Labor on March 28. The executive has outmanoeuvred him by endorsing the pre-selection of the sitting Riverstone MP Kevin Conolly, a “star” candidate from the Catholic Education Office at the 2011 state election. Bassett, a former mayor of Hawkesbury City Council and nicknamed “the hound”, is reportedly swearing revenge and consulting lawyers to decide on his best course of action.

Bassett’s Liberal supporters claim he has been “tried in secret by the state executive and found guilty on unspecified and unproven charges” and denied natural justice. Last November, he was forced to quit the Liberals and sit as an independent crossbencher when the Independent Commission Against Corruption heard allegations he had accepted illegal campaign donations from developers. While other MPs caught in the donations scandal have accused ICAC of “over-reach”, Bassett is the first to blame Liberal headquarters for his troubles.

“I am clean,” he said. “Nothing came through me, everything went through head office. The head office of the Liberal Party is to blame for this mess, not me. They want to shaft me for something I had nothing to do with.”

Bassett, who was elected in March, 2011, arrived in Macquarie Street with burning ambition to enter the cabinet. As a school chum of factional boss Michael Photios — they were in the same class at The Kings School, a private Christian college in Parramatta — Bassett was well-credentialed to succeed.

However, his only appointment was to the parliamentary committee on the Ombudsman, the Police Integrity Commission and the Crime Commission, and he subsequently became its chairman. The chairmanship came with a salary of $168,234, which is about $20,000 more than an ordinary backbencher’s salary.

In his maiden speech on June 16, 2011, Bassett was full of praise for Photios: “Michael, thank you for your friendship and support over many years.”

Bassett’s earlier loyalties were stretched to breaking point during the turbulent ICAC hearings, which provoked the resignations of premier Barry O’Farrell and two senior ministers, Chris Hartcher and Mike Gallacher. Another Liberal caught in the collateral damage, Swansea MP Garry Edwards, has been expelled by the state executive in a move aimed at blocking his attempt to stand as an independent in March.

Meanwhile, ICAC’s final report on the donations scandal has been postponed pending a High Court hearing in March into whether ICAC has the power to hold a public investigation into allegations that deputy senior Crown prosecutor Margaret Cunneen attempted to pervert the course of justice.

While other “named” Liberals are declining to speak publicly until the full bench of the High Court files its judgement, this is unlikely to stop Bassett from barking.

The Bassett rumpus will not have escaped the attention of Prime Minister Tony Abbott, whose home turf is the NSW division. The last thing he needs right now is a divisive and damaging internal party row in Sydney.

Bart Bassett would never have become so explosive if he were in the Labor Party. We’ve now established a generally accepted tradition that wherever the Powerbrokers’ choices appear to be in trouble getting the support of Local Branch members, it’s referred to our “Leadership” team.