Australia bets it all on India’s coal market

Tony Abbott has appointed Rio Tinto's CEO to the Australia-India CEO Forum, doubling down on Australia's commitment to mining coal for Indian consumption. What could possibly go wrong? 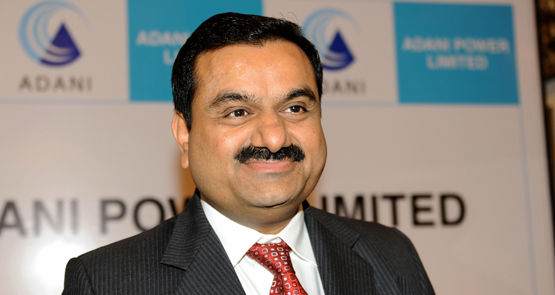 It’s hard to know where to start with the list of appointees to the Australia-India CEO Forum by Trade and Investment Minister Andrew Robb on his trip to the country last week to kick-start (you guessed it) negotiations for a free-trade agreement. But perhaps let’s begin with the appointment of Sam Walsh, the chief executive of a British company that mines coal, as co-chairman.

The naming of the Rio Tinto CEO, who presided over Rio’s China bribery scandal when he was head of its iron ore division, comes as the world’s second biggest miner is in peak lobbying mode with the Indian government.

“India has a very exciting future, and I look forward to playing a part in developing new investment opportunities in this vibrant nation,” Walsh gushed in Robb’s media announcement. Is he or what? Rio is desperate to convince the Indian Prime Minister Narendra Modi he should give his approval for the $500 million Bunder diamond mine and also the $2 billion Odisha iron ore project in which Rio owns a 51 % stake.

To add fuel to the fire, so to speak, Walsh’s co-chair is Gautam Adani, billionaire chairman of Adani, one of the two Indian companies preparing to dig countless millions of tonnes of emissions-increasing coal out of Queensland’s Galilee Basin. (The other company is GVK, which is partnering with Gina Rinehart, who was clearly too busy for the CEO Forum but did attend at least some of last week’s unwieldy 450-business, eight-city delegation to India.)

A simple question to Robb’s office about why a UK-based executive was named to the Australia-India CEO Forum was met with silence. To remind readers of the difference between a company domiciled in London and one in Melbourne, as Rio once was, tax payments tell the tale. Out of a total US$1.8 billion in tax for the first six months to June 30, 2014, Rio paid about US$0.630 billion in Australia. Yet its Australian iron ore business alone earned US$4.6 billion, compared with earnings for its total global operations of US$4.4 billion; that’s correct, less than Australian iron ore. The clear winner: the UK Chancellor for the Exchequer.

But this decision, as peculiar as it is, has minimal political import compared with Adani’s appointment, a clear signal that the Abbott government has now thrown itself squarely behind a $16.5 billion coal project that last week was the subject of a third court action attempting to have approval for the Carmichael mine overturned on environmental grounds.

“We will argue that the minister failed to consider the greenhouse gas emissions arising from the burning of coal mined from the project and the impact of those emissions on nationally protected matters, such as the Great Barrier Reef,” environmental lobby group Environmental Defenders NSW said in court documents.

Very deep environmental concerns aside, there is also a whiff of panic about the exercise.

“There’s something special going on in India,” Robb said. Indeed there is — Australia’s exports to the country have been sliced almost in half between 2009-10, when they were about $16 billion a year, and last year, when they were $8.3 billion. Of that, $4.9 billion was for coal.

Despite this sagging trade, India now looms as the last chance saloon for Australia’s resources and energy sector, although it remains a minnow of a market after the north-Asian countries. The Coalition has proven that not only can it fritter away the benefits of the mining boom — exhibit A, the Howard government, which chose middle-class welfare over a plan for the future — it can’t figure out a way forward without it.

Commodity prices are in slump that is worse than during the global financial crisis, but rather than come up with a plan for diversification, the government keeps pushing the mining sector as our best bet.

Relatively self-sufficient in iron ore — although at current prices, premium Australian product must be tempting — it’s coal that the Indians will need in coming decades as they begin to build coal-fired power stations in a bid to finally get consistent growth in an economy that never fails to disappoint. Not only will Australia maintain its appalling record for carbon emissions, it will be contributing to an escalation of Indian emissions, too. As the Chinese put the screws on the iron ore sector, refusing to shut down uneconomical domestic production as they wreak revenge on, yes, Rio Tinto and BHP Billiton, India has emerged as the Australian mining sector’s best hope at a significant future market — hence the massive government support for the Galilee Basin projects. The lack of imagination takes one’s breath away.

Here is how Adani welcomes his appointment: “India has no more reliable friend or partner than Australia, which is showing its clear intention to help power India’s future.”

The rest of Robb’s list reads like a who’s who of the Australian resources sector: BHP’s coal chief Dean Dalla Valle; Woodside chief Peter Coleman; Vanessa Guthrie, managing director of Western Australian uranium miner Toro. Plus there are plenty of Melbourne Club companies: Telstra (chaired by former Macquarie Bank director and current the chair of the Business Council of Australia Catherine Livingstone); Toll Holdings; ANZ and Visy. Macquarie and IAG are there too. Universities Australia’s Sandra Harding gets a guernsey for supporting the government’s egregious attempt at university “reform”.

It’s an achingly familiar list with not a small business to be seen and just a single medium-sized one — the token agricultural representative, the Murray Goulburn Co-op. This from the “party of small business”.

It only serves to underscore the cloying relationship between the anti-science, anti-broadband Abbott government and the coal, uranium and mining lobbies. Robb has signalled that Australia’s intentions in India, the world’s largest democracy and the country always held up by right-wing Communist-haters as something of an alternative to China, will be the latest Asian nation to use Australia as its quarry.

On the Indian side, the government’s imagination runs riot once more. Along with Adani, there are names from India’s own energy lobby along with a handy A-Z of the country’s largest family-controlled conglomerates.

It’s a cosy, coal-centric mates club, and the messages from the government here are all wrong: welcome, men and women of Australia, to the 20th century.

An interesting take. I’d be interested to know if there’s any organisation which has a similar disreputable status to (say) the famous AWU Workplace Safety Education entity.

Norman you have missed a fair bit of what Michael was saying…… Go back to sleep.

Jeanette, I took I what he wrote quite easily; but I’d still be interested in whether we’re still seeing the sorts of corruption which occurred in the non-business world. Wouldn’t you?

Great piece thanks. They might either dig too deep and unearth a balrog or they’ll circle-jerk each other so much that their quarry vision becomes too blurred.

Norman we will probably never see the kind of corruption that resides in India’s corporate and government world anywhere in Australia. I bloody hope not, though Joh Bjelke Petersen and Bob Askin might have gone close. You want an equivalent to the AWU fund? Maybe the Free Enterprise Foundation, maybe Hockey’s North Sydney club. Grow up!
Tell you what folks I wouldn’t buy a used car from this shifty looking Adani customer.