Are the MH370 investigators deliberately undermining the search?

A new article by a Canadian mathematician raises some compelling points about the real agenda of the MH370 investigation. 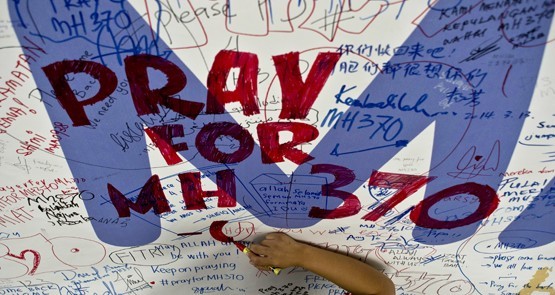 Are the MH370 investigators deliberately setting the search up to fail? A Canadian mathematician, Brock McEwen, says they may well be — and it’s time to start asking the tough questions.

It’s a compelling analysis at a number of levels, but it manages to self-destruct at a critical point by buying into an unscientific conspiracy theory that the sea floor search has been materially diverted into one seeking ocean floor mineral riches. But that silly conjecture aside, the balance of McEwen’s thesis raises some very serious matters, including some that have long been flagged on Crikey aviation blog Plane Talking on common-sense grounds, including unexplained inconsistencies in the narratives of the Australian and Malaysian authorities.

McEwen isn’t part of the Independent Group of technical experts, assembled to investigate the disappearance of MH370 — and which includes astronomer Duncan Steel (who is well known and respected in this country) — but he acknowledges their support and advice and cites much of their work in coming to his own conclusions.

For those who haven’t followed developments closely, there are some key events so far that have been brushed off or frozen out of frame by the Australian-led search that McEwen raises, as well as one he inexplicably ignores.

Australia assumed the management of the search for MH370 on March 18, 2014, some 10 days after the plane disappeared as a transponder-identified airliner on air-traffic controller screens while en route from Kuala Lumpur to Beijing with 239 people listed as having been on board.

Between March 20-26 last year, a range of satellite images of objects floating on the surface of the southern Indian Ocean west to south-west of Perth were published. McEwen ignores the possible significance of these images, which may well have included objects from MH370 as well as the more abundant presence of flotsam off commercial shipping.

However, McEwen points out the rather abrupt shifting of the then-largely aerial search priority far to the north-west. He explains that this move, coupled with a subsequent further shift, resulted in authorities searching in places that MH370 could never have crashed; if the communications data, available fuel, likely flight performance data and main southwards turning point assumptions were being taken seriously.

In short, McEwen is leading us to ask if the search priorities were swiftly rearranged to ensure that floating debris would never actually be found.

It’s a very good question. It has become abundantly clear that Australia was dealing with a dishonest and incompetent Malaysian government when it came to disclosures about MH370.

These doubts about the integrity of the “story” coming from the Malaysian and Australian authorities have been championed in no uncertain manner by the president and CEO of Emirates Tim Clark, also widely reported in Plane Talkingand foreign media, rather than the cowed Australian general media.

“With blemishes like these, this report destroys much of its credibility.”

McEwen also pounces on the feeble excuses the chief commissioner of the Australian Transport Safety Bureau, Martin Dolan, made for the decision to rush away from what looked like the best leads we have had so far when it came to the fate of MH370.

However, like the Independent Group, McEwen seems to misunderstand both Dolan and the ATSB in its constant criticism of Dolan for not answering the bureau’s questions in full or in satisfactory detail.

Dolan wouldn’t (on the basis of his various embarrassing press conferences) even understand the questions. His integrity was called into doubt in no uncertain manner by the all-party Australian Senate inquiry into the ATSB’s disgraceful crash investigation of the Pel-Air ditching near Norfolk Island in 2009.

The last time the Prime Minister of Australia or Transport Minister Warren Truss referred to Dolan by name was back when a television reporter asked the chief commissioner to explain the difference between a great circle route and a straight line, resulting in one of the most cringe-worthy and embarrassing performances ever given by an aviation administrator on live national television.

The ATSB has itself been found seriously wanting by a peer review of its procedures in producing that report by the Transport Safety Board of Canada, and the responsible minister, when he can bring himself to focus on this humiliation, continues to amaze the aviation sector by his inability to resolve the compromised position the ATSB, and the regulator CASA, have been put in by the Pel-Air matters.

If the Independent Group were street smart, as well as scientifically smart, it would be pursuing the parties advising the ATSB on the management of the search — that is, grilling the chefs, not the waiters.

McEwen asks some very pertinent questions about the early April “we have pings” embarrassment for Australia, in particular its supposedly expert naval underwater acoustics laboratory, which led to Prime Minister Tony Abbott humiliating the country by very publicly declaring to the people and government of China that Australia was on the verge of locating MH370 in a place where, with dispassionate analysis of the then-known facts, it couldn’t possibly have been.

McEwen’s analysis develops the need to examine the investigators, the real ones reporting directly to Kuala Lumpur, in a persuasive manner, yet there is a second, very disappointing blemish in relation to the claimed call to a co-pilot’s cell phone after the 777 diverted from its filed flight path. McEwen even relies on a CNN report in relation to this, which is more than appalling given that CNN couldn’t even find Canberra on a map of Australia and briefly managed to locate Perth in Tasmania.

The phone calls, referred to in a media conference in Australia, were to a company satphone, not a cell phone, so his analysis as to how a cell phone call couldn’t have been connected via a ground tower to a 777 flying above a certain altitude is beside the point. McEwen seems to have put undue reliance on unconfirmed media “myths” about MH370, which is unnecessary given the self-incriminating flaws in the information directly released by the authorities themselves.

With blemishes like these, this report destroys much of its credibility. If it were rewritten, dealing only with the mathematical problems and the credibility or otherwise of the satellite images and the unanswered satphone issues, it might be a much more convincing document.

It might even lead to pressure to search more realistic locations on or near the seventh arc than might presently be the case.

Search for MH370 abandoned, but the mystery endures